So You’re Tellin Me There’s a Chance! 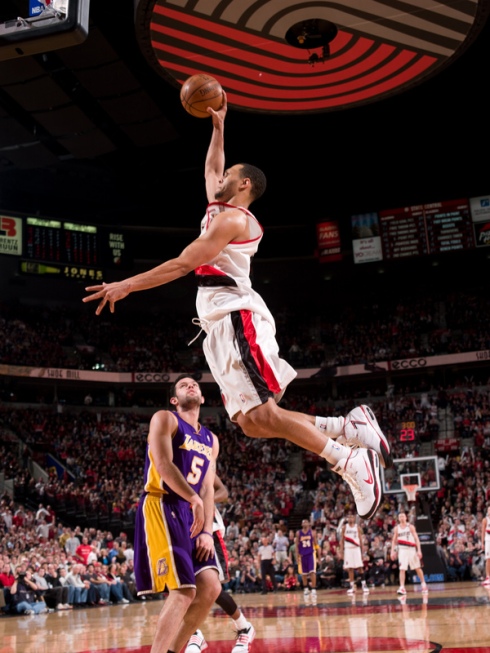 One of my favorite players in the NBA is Brandon Roy, and I hope he rests through the break to completely heal from his injury. Not just because he’s one of the dominant fourth quarter scorers or because I happen to have him on my fantasy team, but for a new reason that came to light today. Roy is just one of those guys that wants to win, and will take a lesser role to enable his team to succeed when they are healthy. He does step it up when they are injury riddled, like they have been the past two years, and shows why he is such a good player. The recent news out of Portland is that he’s had set backs with that hammy that’s been bothering him. For some strange reason he still isn’t IR eligible in fantasy (screw you ESPN!). Anyways, they are saying that if he doesn’t play in a regular team game before the All-Star exhibition game, he will rest, opposed to possibly injuring the hammy further in the All-Star game. This will open the door for the first Warriors player since 1997 to get into the mid-season classic. Monta Ellis was the runner up to Chauncey Billups to replace CP3 in the game, so if Roy is held out of the game, Ellis should be the guy to get in there. Granted to most people this is about as exciting as me watching Lakers games hoping for them to lose, but to Warriors fans it might be the one bright spot in a horrific year, filled with injuries and dysfunction. That is, unless, Curry somehow takes the ROY award away from Tyreke or the team gets sold to Larry Ellison. If the Warriors ended up getting sold to Ellison, that would be the best thing to happen to the franchise in over two decades. For now, the possibility of Monta being named to the All-Star game would be the only highlight to our season thus far!