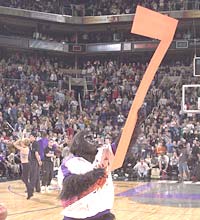 I know… I’ve really been milking this boner thing the last few days. But really, this marks the end of the last time we’ll ever be able to utter the word boner in complete innocence. It’s also just a page out of the 40 year old virgin book. Anyway, there’s really no way to segue in to the actual boner jam of the week. The sports tie-in is that it’s one of the great arena jamz there is. If you’re a Kings or Suns fan you definitely know it. Picture it now – your team is bringing the ball up the court, and you hear… du-duh-du-du-du-duh. You know the sound, but you don’t really know the song. I didn’t really know the song until a Suns fan pointed it out to me. In honor of Friday night NBA action featuring both teams in action, let’s slip into some nu shooz…

Chuck or Biens: Who Has the Worst Form? 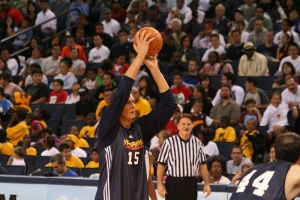 Last night I was watching the Warriots play on TNT. A mini part of going to a Warriors games at Oracle is the crowd reactions to Andris Biedrins shooting his free throws. He has has the worst free throw form of anybody in the NBA. He’s worse than most guys playing in an AAU game. I mean, don’t you think he should try something different!?! I’ve heard things from sitting in an inflatable chair, to throwing it up there Rick Barry underhanded style. It sounds like he doesn’t want to change his form, so you can be the judge for yourself what he should do. 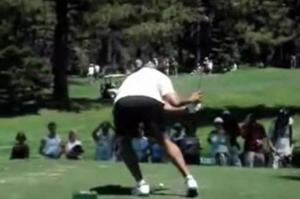 On to our next contestant of the worst form known to man, is Charles Barkley, and his golf swing. We’ve seen him get a little better through the Haney project, but Charles is far from fluid with a golf club in his hands. I have to admit the first time I saw him swing a golf club I thought it was a joke!

Personally, I think Chuck’s form is waaay uglier, but since he isn’t a professional golfer, I’m giving Biedrins the nod for the worst form. I’ve seen tons of terrible golf swings, but can’t recall a more awkward jerky one than Charles’s. Biens looks less comfortable than Shaq at the line. It looks like he is throwing a medicine ball on all of his free throw attempts…