You may have seen this one coming. After Chappy brought up NBA Jam the other day, I can’t stop looking back fondly at all those dynamite duos from the original arcade game. Remember when everyone would fight over who got to be the Lakers, so they could run the floor with Vlade and James Worthy? If you were unlucky, you’d likely settle for the second best team, the Milwaukee Bucks with Brad Lohaus and Blue Edwards. The Seattle SuperSonics were pretty unstoppable, because what says fast break action more than Benoit Benjamin? Ultimately, you were always okay as long as you didn’t pick a team with one of those pint-size players like Tim Hardaway or Isiah Thomas. It was cool for Kings’ Spud Webb to be tiny, since he was, but can’t Mark Price at least look like a man and not a boy?

Speaking of men among boys, anyone who put a quarter into an NBA Jam machine earned themself a date with Mike Iuzzolino. Since the Mavs were arguably the worst team in basketball, the video game Mavs were no different. They were the first team you played, and Derek Harper must have pissed off some teammates since it looked like none of his digital cohorts wanted to play with him. Nonetheless, Mike Iuzzolino was happy to take on the challenge. Apparently Mike will take on any challenge. Check out this highlight reel I found. Not only can he excel on the basketball court while looking extremely mediocre, Iuzzolino also – unless I’m missing something in translation – has tons of skills in the editing room, converted an old run-down prison into a three star hotel, and runs a successful tire conglomerate that puts lots of names on their receipts….

Wasting Too Much Time on NBA Jam

Well, I’ve been wasting a lot of time on NBA Jam since Christmas. It’s almost a mirror image of he original with a little better graphics, and some added games like 21, remix, and domination. I was excited when they brought it back, and since I haven’t been that into video games much lately it was nice to get into this one that I had a hard time putting down as a kid. I came across this youtube clip, and since it involved Curry, I thought I’d throw it up on the blog…

This Was Actually Fun????

I love my vintage sports games, there’s no denying that. NHL 94 is STILL fun and the mere presence of Brass Bonanza will keep me going back for years to come. Tecmo Bowl also plays well nearly 20 years later and any football game as far back as 10 Yard Fight can be appreciated. But how in the wide world of sports could Bulls Vs. Blazers and the NBA Playoffs ever have been fun?? I won’t lie, I played the hell out of that game, but seriously, this looks atrocious. I know the main thing it had going for it was actual NBA rosters, but there’s nothing memorable about this game whatsoever. I know some players had signature moves, but all that comes to mind is Derrick Coleman throwing it off the backboard to himself and Tom Chambers taking off from the free throw line and throwing down a two hand jam. Oh and I remember the All-Star games being held in San Mateo, CA, which was pretty cool for a NorCal kid. After I watched the video below though, I really am left with no clue how this game ever entertained me…..

I wasn’t THAT into Marble Madness, but it sure was challenging. I never had the patience for it. This guy, though, puts us all to shame. This has to be one of the greatest video game performances I’ve ever seen. I hate to think how many hours this fellow wasted to perfect his game, but you know what? It paid off for this exhibition of world-class marbling….

Super Going To Have My Time Occupied 4

If by any chance people get the impression that I’m missing, I am not.  I will give you fair warning now … there is a reason for my potential disappearance, and here it is:

I’ve been searching for a solid baseball video game for awhile. And by awhile, I mean since 2007 when Electronic Arts stopped making their MVP baseball series. I tried out the 2K9 series last year, and thankfully I rented it opposed to buying it. The game was un-realistic to say the least. I also tried out The Bigs, and that one was even less like the real game, and felt more like NBA Jam (side note: I’m very excited about the new edition of Jam). Anyways, I think I’ve finally found my replacement for the EA MVP Series, and after about ten games played it is; Sony’s MLB 10 The Show.

The graphics are great, but they better be for every PS3 game. The best part about the game is obviously how much control you have over everything. The pitching is tough, and like real life the pitchers get angry, and over throw when they aren’t getting calls. It’s great how they did borderline pitches that are grazing or missing by millimeters. If your guy is on a streak of strikeouts, then when you slightly miss a corner the ump still gives it to you. It also works the other way when you can’t throw a strike, and you get squeezed on the corners having everything get called a ball. Fielding is fairly good, even though it randomly switches what player you are from time to time it usually changes you to the correct/closest person. They don’t make it super hard, and that’s a big plus, because I hate playing those games when a weak grounder ends up being an inside the park home run. Hitting is tough, but I think I’m getting the hang of it and finally not swinging at every pitch. If you square one up it’s usually out of the park. While hitting you can swing for the fence or you can use the left toggle to “go with the pitch” and spray it all over the field. All in all great gameplay, and I didn’t really scratch the surface of some of the truly cool features. I just wanted to let everyone know that if they are looking for a lifelike game this is it.

Another great feature in the franchise mode is the announcers. Yeah I know you rolled your eyes, but in this game they seem to not recycle the same phrases nearly as much. They also talk about the batters previous games. They will talk about how hot or cold they are and spit out stats like if they homered or went 3 for 3 or struck out five times. It’s pretty refreshing so far, because I don’t think I’ve really heard them repeat anything more than a couple times over about ten games. One downside is you have to listen to one of my most despised announcers, Rex Hudler. If you want to know how much I can’t stand him, read this one I wrote a little while back. Pretty good when the games can last an hour or more. Two thumbs up for the show! Oh, and so what if I only wrote this post because my hands were getting tired from playing!

Why I’m Done With XBox 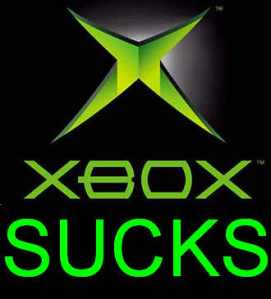 I know this has little or nothing to do with sports, but I need to vent and this is my forum. Over the last 10 years, I’ve been an avid XBox user and supporter. When all my playstation friends questioned my allegiance, I had no reasons to back it up. I just liked it better. But today, I’m officially retiring from the XBox world. It’s obvious that they don’t care, but perhaps you will, as you’re probably in the same boat if you’ve ever owned an XBox. There’s definitely no shortage of bad press out there along these same lines, however if anyone can manipulate the search results to make those harder to find, it’s Microsoft. I’d even go so far as to guess that Google does it for them. Anyway, here’s the series of events that lead up to my resolution.

In conclusion, XBox has taken over the number one spot on my shitlist right above Comcast. I’m going to make one last ditch effort to take apart my console to see if I can make it work. When that fails, I’m going to take my old friend out on the balcony and liberate myself by sending crashing violently to the ground. I plan to capture it on video as well. I’ll post it here if and when it comes to that. Anyone else have some ridiculous experiences with XBox they’d like to share?

Say what you want about Bo Jackson in Tecmo Bowl.  Mel Gray was an unstoppable force on Sega Sports’ NFL 95. Much like Jackson, he had a combination of speed and elusiveness that made him impossible to catch in the open field. While Bo gets plenty of recognition for his in-the-console achievements, Gray is largely an unsung hero. I remember entire games where my offense never touched the ball, because Mel Gray returned every kickoff and punt for a touchdown. By my count, I’ve probably searched for Mel Gray videos once a year every year since the inception of Youtube, to no avail.  So, thanks, CruduxCruo, for posting this tribute to the greatest 16-bit player to ever play the game.