I’m not in the time wasting business anymore, but I’ve clocked a lot of hours over at the FailBlog network. It started with Failblog, then I spiraled out of control, frequenting such ridiculous sites as Engrish, Graphjam, and even LolCatz. Today, a friend pointed me over to hackedirl.com, and I’m pretty sure it’s the best one yet. For me, at least. See, I’ve always been a fan of funny graffiti. Hacked IRL is all about it. 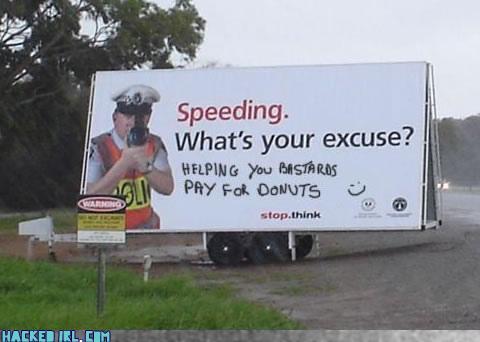 Instantly, it reminds me of some of my favorite funny graffiti sightings over the years…. 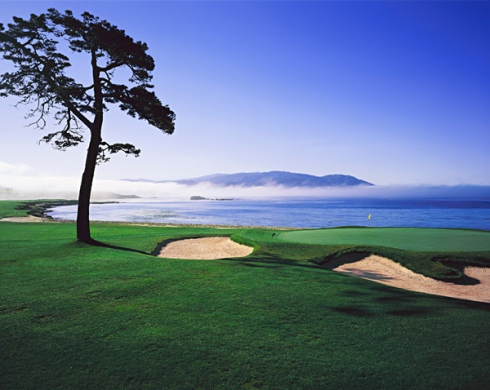 This is the second installment of the series. It was mainly inspired by the upcoming AT&T Pro-Am as well as the US Open both being held at Pebble Beach this year. I worked there for two plus years as a customer service rep while in college, and have some random stories that I thought I’d share as I remembered them. If you missed part I here it is.

One funnest parts of my job was seeing various pros come to driving range when I was given that shift. It’s cool to see different pros go through their routines, and what in particular they are working on. One of the funnier things to hear is when the caddies of the players are making bets on their guy to win during warm-ups, but that’s another story for another time. Not all players were friendly, but most would talk to you at least a little, especially if it was slow. 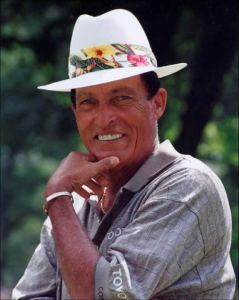 One summer day in 2004, Chi Chi Rodriguez came to the range after a practice round warming up for the First Tee Open. It’s one of Pebble’s Senior Tour events or I guess it’s now called the Champions Tour. Chi Chi  was chatting it up near the tent where we gave out the range balls with a couple people including me and my boss. Somehow we ended up talking about Tiger’s Nike commercial with him bouncing a golf ball on the end of his club like soccer players juggle with their feet and bodies. The commercial was pretty new at the time, and caused a mini uproar of guys (including myself) practicing it during the many boring hours at the range. At one point I could pop the ball up and hit it about 30-40 yards, which I thought was pretty good.

Chi Chi’s eyes lit up when we were talking about whether it was real or fake or how many takes Tiger took to shoot the commercial. He grabbed his wedge and said “Tiger didn’t start that sh**. It’s been around forever guys!” He pulled a ball out of his pocket and started juggling it on his wedge while telling a joke. I wish I could remember the joke, but I was mesmerized by the fluidity of his between the legs and behind the back bounces and stalls on the clubface. He never once drop the ball to the ground showing that Tiger most likely did it in one take. After his joke was done, he snatched his ball out of the air, and said I know a trick that nobody I’ve met can duplicate. Of course, we all said, “Let’s see it!”

He once again started juggling the golf ball. This time before he stalled the ball, he flicked the end of the golf club putting some spin on the ball. He then caught it on the end of his wedge like a stall, but this time it wasn’t sitting still. The ball actually had so much spin on it, that it was moving in small circles on the face of his club. I wouldn’t have believed it if I hadn’t seen it with my own eyes! Chi Chi is one cool guy, so if you ever happen to be at a senior tour event and run into him, ask him to do this trick! I think he got as much of a kick out from our reactions as we did seeing it! Thanks for the memory Chi Chi!