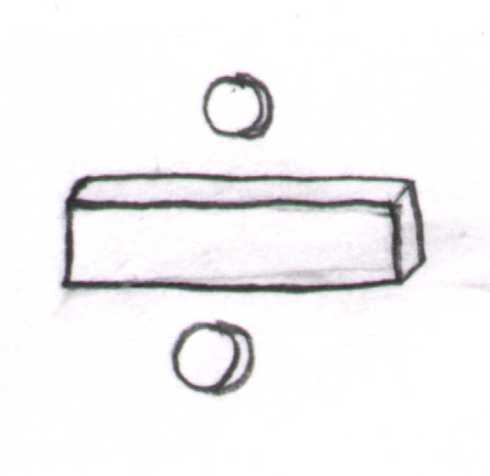 Ouch, the playoffs started rough, but I can’t say that I wasn’t aware that my picks seem to go downhill once the regular season ends. I wish I could say it was because the teams were so even, but with the exception of one game they were all blowouts. I actually missed most of the Arizona and Green Bay game because I assumed it WAS going to be another blowout when Arizona was up by 20 in the 3rd…  Anyways, my 1-3 record last week will have to improve if I want any of you to take my picks seriously this playoffs. This week I’m trying out a new strategy, and picking the teams I don’t want to win. I guess if I don’t win my picks, I’ll find some solace in jinxing the teams I want to lose. As always the home teams are in bold.

Do I want Arizona to win? No. Were they playing better than the Saints down the stretch? Yup.  I’m not sure why, but I like to root against Arizona, and for some reason the more I do root against them, the more they win! Last week they added another amazing chapter to their recent playoff history, but I guess that didn’t convince odds makers. It did convince me! The Saints defense struggled at the end of the year, and most likely will struggle again against a now very balanced Cardinals attack. With Beanie emerging as a solid back, the Saints will have to worry about more than just Warner and Fitz. I would say the same for the Saints, but their offense looked less dynamic than the Packers at the end of the year only producing 44 points over their last three games compared to averaging 36 through the first 13 weeks. I really like the Cards 10 straight wins against the spread, so I’m picking them with confidence! I kind of want to see a battle of the grey hairs in the NFC Championship game! 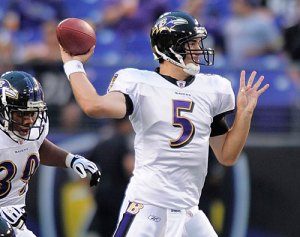 Since last week I was wrong about nearly everything, I figured I may as well go against who I want to win this week. I really don’t want to pick Flacco over Manning, which sounds retarded rolling off the tongue. You ever notice Flacco’s off hand when he throws? It looks like he’s got a disability or something. Anyways, in the end, I’m not really sure I agree with this line. Seven points is pretty high, especially when their first meeting in Week 11 was a 17-15 Colts win where the Baltimore D picked Peyton off twice. It was a sloppy Colts win, but it wasn’t anywhere near a blowout. The Ravens looked dominant against a mojoless Patriots team last week. It’s nice to see that you don’t really need a QB to win a game, you just need the other QB to NOT show up. I doubt the Colts will forget their mojo, and will hopefully win in a close one. I still think it’s lame that the Colts didn’t go for the perfect season, but I’m not Caldwell, so it wasn’t my decision.

I know, Dallas is the hottest team in the league, and not to many people are picking Minnesota since they kind of limped across the finish line. Tony Romo is playing better than I ever thought he could, the Boys rushing attack looks great, and their defense is shutting down everybody. All of this still isn’t going to stop me from picking the Vikes! The Vikings are 8-0 at home this year, and I doubt that Favre sort of came out of retirement to lose to pretty boy Romo at home nonetheless. There’s something about the Metrodome that helps them win. They play like nobody’s business when they are there, so I see this one playing out exactly the opposite of the way people are predicting. I’d say that this is the most fair line of the bunch. I hope I don’t find out the hard way this weekend when the game is on that the Cowboys are that good… 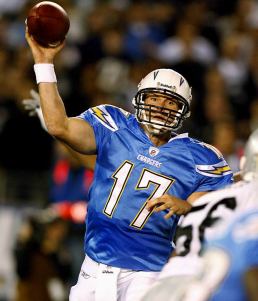 I was hoping that when I saw the LT glide music video, it would give me just one extra reason to root for the Jets, but finding out it was filmed two years ago ended that hope. As much as I don’t want SD to win this game, I have a feeling this one will be a blowout. There’s only one Revis, and three really good receivers and a decent fourth that Rivers can throw to (Jackson, Floyd, Gates, and sometimes Nanee). The Bengals only had one receiver, Ochocinco, so passing game was containable. In this pass happy era, it’s not the running game that wins games for you, especially in the non-treacherous weather of San Diego. Just look at the top two seeds in the AFC this year! Phillip Rivers, much to my dismay, is a great quarterback. No matter how much I sports hate this guy, he keeps playing well and winning. The Chargers are as healthy as they’ve been all year and are getting back Eric Weddle in the secondary. I can’t picture Sanchez putting in two good playoff performances in a row. Especially since this time around he will have to make more plays if their offense is going to be successful. They won’t be able to grind it out on the ground like they did against Cincy. I see Sanchez making some mistakes against a much better defense.