We already made a list of the top free agents of 2010, and now we give you the predictions on where we think some of the best players in the NBA will end up. Even though none of the players even know where they are going, we will still try to predict where we think they will go in the super hyped July free agent frenzy.

Cali4Dre: NY Knicks, where the lights shine brightest and the team has been prostituting itself to him for 5 years now

Chappy: NJ Nets, He decides to learn from the self made billionaire how to become a billionaire himself. He gets his global icon status without winning a championship and has some premium Russian vodka named after him.

By:  Oddly enough, I believe the two biggest names will stay put.  The Cavs are most certainly going to deal Desperado West, and all will be well in Cleveland once again.

MCeezy: Nowhere. I think Lebron’s full of shit. He’s just gonna milk the Cavs for all they’re worth, but he’s gonna have one last fling (or six or seven) visiting other teams – just to see what they would give him. I think the whole “play your whole career for one team” will prove too much for the King to leave his castle. (That one team is also his home town to boot) Cavs season ticket reps can breathe easy.

Cali4Dre: Chicago, home sweet home for “fall down once, get up twice”

Chappy: Miami, he seems to really like south beach, and from what I can tell, he’s the only one that really wants to stay and bring in a new buddy.

By:  Wade being the other of the two “big-big names” – I believe he stays in South Beach.  Miami will deliver on their commitment to pairing him up with another All-Star.

MCeezy: Chicago. I think this is more what I’d like to see than what will happen though. I’m sure Wade would love to go back home and the run the show in Chicago, but I just can’t see him running with Derrick Rose. I think in the end, Miami will just have more to offer. 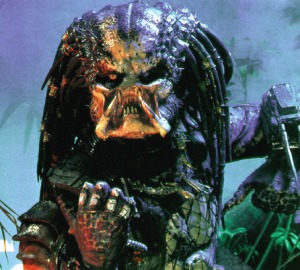 Cali4Dre: Chicago, already sounds sold and getting to know Oprah is at the bottom of his list

Chappy: Miami, Wade talks Bosh into moving to Florida, and is super pumped about the new Predators movie coming out…

By:  Some say Miami, some say Chicago, one thing is for sure – goodbye Canada!  Bosh has been reported saying he doesn’t want to become someone’s second fiddle, so Chicago with Joe Johnson looks good right now.  I’d really like to see Bosh in a Warriors jersey though … wishful thinking.

MCeezy: Miami. For some reason, I can already see him in a Heat jersey. I think the front office sells D-Wade on bringing in another star, and Bosh seems to fit the bill.

Cali4Dre: Dallas, because the Mavs excel at overpaying washed up old big-men.  And by washed up I mean inconsistent.  And by Old I mean 30.

Chappy: Washington, they will sign someone, and will overpay for Boozer, and prey that John Wall can create the same kind of chemistry that he and DWill had.

By:  This one’s tricky, I know there’s a market for him, but how in demand Boozer is depends on where Bosh & Stoudemire end up.  I think Dallas ends up with Boozer, but that doesn’t solve the issue that all teams in the West face when dealing with LA’s length.  (No not the Clippers).  We saw how ineffective Booze was against Gasol in the second round of the playoffs this season.  With that said, he might travel East … NJ???

MCeezy: Chicago. I know it seems like a long shot, but the Bulls will fail to generate interest from other stars, and they’ll settle (with a max contract probably) for Boozer. They’ll tab the duo of Boozer and Rose as a legitimate title contender, but they’ll be no better off than they are now.

Cali4Dre: NY Knicks, with Lebron and the bright lights

Chappy: NJ Nets, Prokorhov wants his dynasty now, so he spends on Lebron and Amare. Prokorhov has a team that will never have the most ping pong balls for at least half a decade.

By:  Miami.  Stoudemire doesn’t mind playing along-side another super-star ala Steve Nash, and Wade is a very unselfish player, so Stoudemire will definitely get his.  These two playing together on the same team, at the same time and on the same court isn’t fair.  Miami is Finals bound if … they can swoop up a solid point guard.

MCeezy: Dallas. I’m going against my previous thinking on a lot of these, but now that we’re getting close to Free Day, the clues are starting to fall in place. The Mavs will resign Dirk – that’s a foregone conclusion – and then when out of the race for Lebron, Wade, or Bosh, Cuban will turn his attention to Amare. They’ve got to be thinking about a successor to Erick Dampier by now….

Cali4Dre: NJ Nets, cause no one else will have him and the Nets already have a couple of big men

Chappy: Chicago, even though JJ wanted to sign with Chicago before he was even on the market, it lasts until late August, and all the other FA’s have made their decisions, so the Bulls were down to either Gay or Johnson, they pick Johnson.

By:  He’s going to Chi-Town to pair up with Bosh, and if that really does happen, Chicago is one of my favorites to make the Finals and perhaps win it all.  Imagine the line-up now … Rose, Johnson, Deng, Bosh, Noah.  Wow.

MCeezy: New York. Players seem to avoid NYC like it’s the plague. Too much is made of it being the biggest stage in the country. The franchise is still a disaster. It’s where players go to die (or sometimes where dead players go to rot) They’ve been irrelevant for the greater part of the decade, and no one truly believes they can turn it around there. But one guy thinks he has a shot. After all, he left Phoenix for Atlanta and was the main factor in the revival of the Hawks. He just may think he can save New York next.

Cali4Dre: Miami, because after Wade leaves they’ll have plenty of rebounding opportunities on both ends of the court

Chappy: Chicago, still in panic after seeing all the cream of the crop big men go elsewhere. They add a solid team player with Lee. Teaming him with Noah upfront will no doubt stop a lot of second chance points from happening.

By:  I know this sounds crazy, but yes, I have none of the top free agents taking a trip to NY, call me old-fashion, but I believe that winning plays a much bigger role than the bright lights and the salary, and I may be blind to reality, but I think most of these players still follow that belief.  They all know that NY is not the answer to finding a ring, and so NY is left with nothing.  They’re forced to re-sign David Lee, who is absolutely deserving of it to begin with.

MCeezy: New York. I think the exchange rate for a David Lee is unfavorable. In other words, he’s worth much more to New York than every other team. Lee is one of the few things Knick fans like about their team. If they come up empty elsewhere, they’ll need to re-sign Lee to save face.

Chappy: Los Angeles Clippers, they made their push for Lebron, but no dice, and still need a small forward. They throw Gay a ridiculous contract offer that Memphis can’t come close to matching.

By: NJ, Rudy Gay to me seems to be one of those guys that wants to be the featured player on a team.  I can see him going to NJ and becoming the new rendition of Joe Johnson.

MCeezy: New Jersey. I don’t have anyone else going here yet, but we know they’re gonna get somebody. Gay and Favors may prove to be very similar players, but NJ shouldn’t be worried about that yet. All they know is they have Brook Lopez, Devin Harris, and ten other guys.

Carmelo Anthony (Can opt out)

Cali4Dre: Denver, he won’t opt-out when he’ll be next year’s LeBron of the FA market

Chappy: Denver, I like Dre’s point, he’s the bridge between Lebron and Durant on the FA market.

MCeezy: Utah. Ok, that won’t happen, but the Carmelo’s People of Utah coalition will likely make a strong play for the Nuggets’ star.

Dirk Nowitski (Can opt out)

Cali4Dre: Dallas, Tough one here… I don’t think he opts out and passes up huge money as he starts to decline

Chappy: Phoenix, he re-teams up with his old buddy Nash and they ride off into irrelevance as they both apply for their AARP cards in three years.

MCeezy: Dirk outside Dallas would be like Barry Zito outside of Oakland. Simply put, Nowitzki can’t play at a higher level anywhere else than Dallas. …and he knows this.

Paul Pierce (Can opt out)

Cali4Dre: Boston, won’t opt-out hoping that they go younger by letting go of Ray Allen and sign some young guards

Chappy: Boston, he may have hated the Celtics growing up, but there’s noway he leaves his one and only love.

By:  He ain’t going no where.  Pierce is a traditionalist, and he wants to play out his career in Bean-Town.

MCeezy: Boston, BUT a small part of me thinks he could sign with the Clippers. It’s unlikely, but in the event that the band is breaking up in Boston, Pierce will want to come out West and take back the City of Los Angeles. It had to have killed him watch Kobe win a championship for his city at his expense. He just may go team up with Baron, a fellow LA native, and try and reclaim their territory.

Cali4Dre: Memphis, so he can teach their guards how to shoot and might even get decent mins after Gay leaves

Chappy: Miami, he decides he wants to join Wade and Bosh for a discount at one more chance of winning it all.

By:  I think once Cleveland re-signs LeBron, Allen makes the move to join him.  If Allen can play like he did in the playoffs up until games  3-7 in the Finals, Cleveland will continue to be the best regular season team in the NBA.  LOL.

MCeezy: Sacramento. This is only about 1/3 wishful thinking I swear. The Kings are now set up front with Dalembert, Landry, Thompson, Cousins, and Whiteside. They’re obviously set at whatever position Tyreke Evans plays. So they need a shooter, and they have $15 million to play with. The major players will look at Allen as a third signing, but he’ll be able to get good money and a chance at taking over (in the locker room at least) a team on the rise.

Cali4Dre: Toronto, because Toronto just might pay him $10M a year for the name and about 10 mins a game

Chappy: TNT, he joins Charles, Ernie, and Kenny behind the desk, and makes citizens arrests in an attempt to stay in youtube’s newest clips.

By:  Shaq finally commits all his time to being the world’s largest police officer.  Good luck going under cover buddy.

MCeezy: Benetton TV. Shaq seems about ready to do something crazy. He’s not getting a lot of shine lately due to his decline on the court. The Big Leaning Tower will take his show on the road and cruise the Europe circuit for a while.

This entry was posted on Monday, June 28th, 2010 at 10:01 am and tagged with Amare Stoudemire, basketball, cap space, carlos boozer, Chris Bosh, Class of 2010, Dwayne Wade, free agents, Joe Johnson, NBA, predictions. Lebron James and posted in Sports. You can follow any responses to this entry through the RSS 2.0 feed.
« There IS an A in All-Star…
The Free Agent Summit…. YAWN »