This is the first post of a series I’d like to call, “Great Sports Games I Attended.” Last night’s big upset of Gonzaga for USF inspired me to think about some great games I witnessed over the years. Tonight’s installment features one of the greatest college basketball upsets ever. Now, it doesn’t include any teams I’m particularly attached to, but a couple of years ago, I made the trip up to Reno, Nevada to catch the Nevada Wolfpack take on the then #2 Kansas Jayhawks. I went up there with a friend of mine who was a huge Jayhawks fan. I, however, had a lot of friends from high school attending UNR at the time. The Wolfpack, led by future fugitive, Kirk Snyder, pulled off a huge upset of Wayne Simien and the second ranked Kansas Jayhawks in 2003. Kansas not only had Simien, but also Keith Langford, Aaron Miles, JR Giddens, and Reno native David Padgett. Padgett caught a lot of heat for going to play for Kansas instead of Nevada, which didn’t sit well with the local fans. He struggled to a six point finish, and the Wolfpack won by a final score of 75-61. It was a definitely a thrilling game to watch from the stands. Ultimately, because my friend was a Kansas fan, it led to a big falling out between the two of us, as the loss put him in a terrible mood. Nonetheless, it was a great game that I’ll never forget. 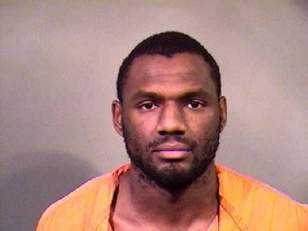 Kirk Snyder, where are they now? Nevermind.

Let's Go Oakland....clap, clap, clap clap clap END_OF_DOCUMENT_TOKEN_TO_BE_REPLACED
This entry was posted on Monday, February 1st, 2010 at 12:03 am and tagged with college basketball, kansas jayhawks, kirk snyder, nevada-reno, wac and posted in Sports. You can follow any responses to this entry through the RSS 2.0 feed.
« The REAL USF Shocks Gonzaga!!!
The NBA Needs To Share It’s Revenue! »

One response to “Great Sports Games I Attended, Part 1”