Tim Raines, A Hall of Famer in My Book! 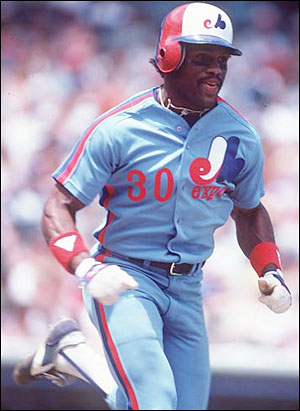 Tomorrow the Hall of Fame elections will be made public, and there’s a possibility that two guys, Blyleven and Dawson, could be the first pair inducted after being on the ballot for over nine seasons, but I doubt it. I guess perceptions have changed since the first time they were on the ballot, and there is a possibility that they could get in this time around, but I won’t hold my breath or really care all that much if they do. I’m guessing that Roberto Alomar and Barry Larkin will make it in on their first attempt. Both were outstanding shortstops and deserve a spot in the Hall. Mark McGwire, who I feel should be in the Hall regardless of his steroid use, probably won’t get the votes, but will be in the conversations regardless of the percentages he gets. The whole steroid era is a little too heavily criticized by Hall of Fame voting even though everybody was using them, it’s just the era so let the best of that era in. If it’s pretty close to even across the boards, why not let those guys in? I won’t go down that road on this post since it’s a completely different topic altogether. The main reason for this post was to question why Tim Raines isn’t even being considered on most voters Hall of Fame ballots. They all have ten votes each, how is he not one of their top 10!?! I guess most voters don’t vote for all ten of their votes or even five of them for that matter, but I believe Raines should be on them. 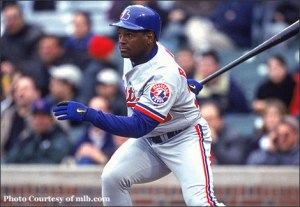 Maybe I’m a little biased on leadoff hitters, since my childhood mancrush was Rickey Henderson. I guess my main question to the voters is why? I honestly didn’t like him when I was younger since he was a threat to Rickey’s league leading stat categories, but that doesn’t mean that he shouldn’t be considered worthy. He played in an era with the best leadoff hitter of all time, how can the second best in that era not garner a look from voters. The past two years he’s only received 24.3% and 22.6% of the votes, and I can’t figure out why. He had an amazing career, and was consistently battling for the league lead in stolen bases, batting average, and runs scored. He reached base more times that Tony Gwynn, Lou Brock, Roberto Clemente, and Honus Wagner. From 82-88 he led the league in getting on base. He’s the only player to ever steal 70 or more bases in six straight years. He is the only player with an on base percentage of (.385) NOT in the Hall. He hit .295 over his career. Out of the 808 stolen bases (4th all time), he was only caught 146 times. That’s fewer times caught than Juan Pierre has had so far in his career (156). Who knows, maybe voters are caught up on his former cocaine addiction that he once had. Sometimes lasting images stay in the heads of people, kinda like Mark McGwire’s congressional hearings. He was young, and did things that I’m sure he regrets, I get it, I’ve done that too. In case you forgot, Raines testified that he’d have gram of coke in his uniform pocket at most games. I don’t really see how that would help you while playing baseball, but since IT was the 80’s it was hard to avoid it. I’ll bet that half the league was dabbling in some blow at the time, and is probably fairly comparable to the amount of guys on steroids nowadays. Maybe it was his admission that he slide head first so it wouldn’t break his vile he carried around with him that makes voters shun him. I could care less what the voters reasons are, but here’s a couple of reason’s voters didn’t pick him last year which were lame. He deserves to be in the Hall even if he altered some of his playing style to support his habbit! Aren’t we used to that by now, give the man his due!

I'm a dude that just hit 30 years old. Pretty much like everything that is funny, insightful, and has to do with the Warriors, A's, and Raiders. END_OF_DOCUMENT_TOKEN_TO_BE_REPLACED
This entry was posted on Tuesday, January 5th, 2010 at 8:50 pm and tagged with Baseball, cocaine addiction, deserves, drugs, Hall of fame, leadoff hitter, MLB, stealing bases, Tim Raines and posted in Sports. You can follow any responses to this entry through the RSS 2.0 feed.
« Athletes With Guns? Who Cares?
Doin Wild Card Lines »

7 responses to “Tim Raines, A Hall of Famer in My Book!”