Is the AL West the Best Division in Baseball?

I guess it might be a stretch, since none of the four teams residing in the AL West are truly considered a threat to knock the Yankees off their thrown, but is there really anyone that looks like they can derail the Yankees besides injuries? I don’t think so… Can you name the only division that had three teams finish the season with 85 wins? Surprisingly, it’s the AL West! Sure you can argue that the AL East had three 84 win teams, but the basement is a lot worse than it is in the West.

The Yankees have pushed over the $1 billion mark in payroll a long time ago, and the Red Sox aren’t all that far behind, so we’ve been trained to see the East as far superior. Surprisingly the AL West had a great record versus the East going 95-79 in 2009. I think the best team in the West (Angels) regressed a little over the off-season losing their horse/ace in Lackey, and their versatile infielder Figgins, and that has put the division up for grabs. 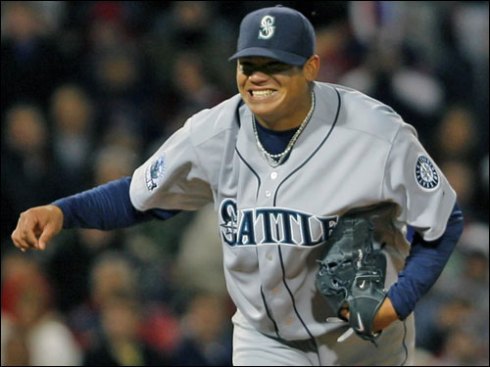 I felt that Seattle made the biggest push to be a force in the west by trading for a bonafied yearly Cy Young contender, Cliff Lee, and last year’s runner up Felix Hernandez was already there setting up one of the deadliest duos in the league. They also stole Figgins away from the Angels, which should get them two guys on base if Ichiro and Figgy are hitting one and two. Milton might be able to knock them in if he’s on the field for more than 80 games, but that’s a big IF.

The Rangers bolstered their roster, but there are question marks already on the health of the players they signed. Vlad seems past his prime, but if he can be productive anywhere, it’s going to be in Arlington where careers being revived happens. They also signed the often injured Rich Harden, which could be a boost if they have a plan b for all the starts he gets scratched from each year. They were in the race for the West crown up to the last couple weeks, and have a ton of young talent that will only be better this coming season. It seems like a lot of the experts are picking them to win the west this year, but those predictions don’t seem to have much confidence behind them.

I’ll do my A’s preview a little closer to the season when I’ve gathered all my expectations of them, but honestly, all I’m hoping for from them is to stay healthy for once. We’ve used the DL more over the past two years than anytime in franchise history, and broke records two straight years in a row for DL usage. Not a good stat for a young team trying to figure out what pieces go where, and far from a recipe for success! Not sure about the offense, but the pitchers must be happy to have a true ace on the staff in Sheets. They owned a better run differential than Seattle last year, so there’s some hope!

All in all, I’d say the top teams of the AL West aren’t as good as the AL East. From top to bottom though, the West has teams that will be able to pull out wins night in and night out. You know you aren’t getting that from Toronto or Baltimore, who have both probably already given up on this year. I’d say that one distinct advantage that the West has over the East is in the farm systems. The East gets better through buying free agents that most of the time we can’t afford, and the West gets better by building up their prospects from within. I’m pretty pumped to see how it all shakes out, and one thing is for sure, the West is up for grabs this year with none of the teams completely out of the picture. Can’t say the same for the AL East.

What really defines the best division in baseball? The degree of difficulty? The balance from top to bottom? General intrigue?

Maybe I’ve been worn down from all the northeastern hype, and the YES network, but I believe there’s a solid argument that the west is the “best” division in baseball!

I'm a dude that just hit 30 years old. Pretty much like everything that is funny, insightful, and has to do with the Warriors, A's, and Raiders. END_OF_DOCUMENT_TOKEN_TO_BE_REPLACED
This entry was posted on Monday, February 22nd, 2010 at 7:18 pm and tagged with aces, AL East, AL West, Baseball, best division, Boston Red Sox, Los Angeles Angels of Anaheim, MLB, moves, New York Yankees, Oakland Athletics, offseason, pitching, preview, Seattle Mariners, signings, Texas Rangers, winner and posted in Sports. You can follow any responses to this entry through the RSS 2.0 feed.
« Vernon Davis Inspiring Curlers
Future RFP Of The Day: Adam Morrison »

6 responses to “Is the AL West the Best Division in Baseball?”