What Would Timmy Tebow Do (WWTTD) Part I 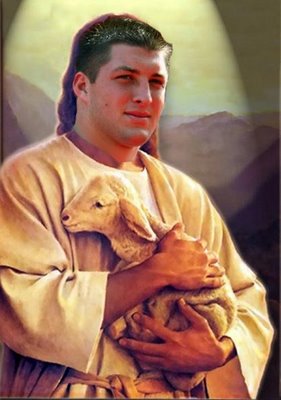 With the Cam Newton fiasco going on, it made us come up with a new feature and perspective on the blog called What Would Tebow Do? The first installment is about some athlete’s past and present that had accepted money or cheated in one way or another during their collegiate career. Since we aren’t exactly on the up and up ourselves, we thought channeling our inner Tebow to come up with responses or ways these athlete’s should have faced it/done it in the first place. I think this is going to be the first of many What Would Tebow Do posts? Oh, and did I mention that Tim Tebow talks in the third person? Well, now I did.

Tebow on Cam Newton – Of all the allegations that have flown around over the years, this one is probably my favorite. We’ll assume everything is true since rumors don’t just start from nothing. While I don’t condone him or his dad asking for money, and breaking one of the Ten Commandments, I do condone what he was using it for. Saving a house of the lord that is in shambles is a very forgivable sin, and if I could speak for God (which I can at times), I’d hand him my blessings and move on. The only way Tim Tebow lets this one slide is if Cecile Newton is following the other nine commandments.

Tebow on Reggie Bush – Timmy knows that a lot of people think Reggie took the money from an agent, so his family could buy a house. I doubt that was the case though. I know he really just wanted to tell his WWE Diva, Eve Torres and Kim Kardashian “just throw it in the bag!” You don’t get these kinds of high profile celebrity relationships when you’re just a college player with no money. He needed the cash to get the ladies, and that is something Tebow just can’t stand for! Sex before marriage is a sin, and the money he received didn’t help him towards marriage. What would Tebow have done you may ask? He would have impressed the ladies with his god given abilities!

Tebow on former teammate Maurkice Pouncey – What the hell man?!? I bring this program to the pinnacle, and you go off and get paid by an agent while we are about to go to battle in the biggest game of the season?!? Okay maybe not the biggest, because we lost to Bama, but it was the last game in the most storied college career ever… MINE! Sure you may have helped me to that storied career snapping me the ball and blocking every play. I hope it was worth it, because if you waited until after the game this wouldn’t have mattered at all, plus you were picked seven spots ahead of me, why did you need to get paid early? Did you need lap-band surgery before the game or something!?! 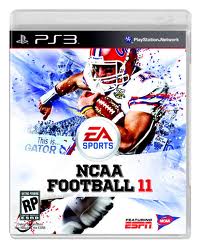 Tebow on suing EA Sports – Lots of former college athletes want some money from EA sports, because they were good college players and EA copied their movements and mannerisms into their video game using everything about them, but only recognizing them by their number. I like video games, and played with myself lots of times while leading my Gators to multiple national championships. I didn’t want money from them though. All I really wanted was for my God given talents to provide for me later in life, and low and behold just after signing with the Broncos I sold the most jerseys in the NFL for any rookie EVER! The moral to the story is, let God show you the way.

**For more what would Tebow do, just buy his book, and you will be able to think like Tebow!

Hopefully This One Didn’t Get Away

I don’t think I have the vocabulary to set this clip up… I saw it on The Soup a couple of days ago, and couldn’t resist sharing it. It pretty much sums up the people you may or may not run across in Vegas.

In Case You Needed Some Coco in Your Life Again

We’ve made it well known that we are fans of big fans of Conan O’Brien, and he IS the comedic voice of our generation. I will watch him whether it’s on youtube or TBS. I feel like he’s sincere in his approach to comedy, and really understands the younger generation. Some late night hosts, put off the vibe that they truly do view their show as a job and only worry about plugging the sponsors and the network. Conan on the other hand, feels like he’s actually having fun doing his job. I think that is what has drawn me to the guy over the past decade plus. I really wish I had known about his comedy tour before I saw the youtube clip below from his trip to Google’s headquarters, because I definitely would’ve tried to go. I guess I’ll have to follow his twitter account a little closer now.

Anyways, if you enjoy Conan, and are missing him in his absence from late night TV, here’s a great hour long video that is well worth a watch. He has some great insights into being a celebrity, and the crazy people he runs across that think they know him. He even busts out his best Ludacris impersonation. There’s also a portion where Andy Richter is with him on stage, and I have to say some of the employee questions were pretty good. The best part about this whole appearance may not have been his comedy, but when he described his falling out with NBC (around 15 minute mark he gets into it). He continues to talk about the breakup sporadically throughout the rest of the hour.

Now I’ve seen some weird fans in my day, but this dude right here might take the cake.  This is about as awkward, uncomfortable and yet hilarious as it gets.  Enjoy!

I don’t think we’ve ever put up a post on college baseball, unless it had to do with the MLB draft, so I figured we were due for a cherry popping post. I ran across the clip above, and apparently this game between Florida Atlantic and Western Kentucky game was in the midst of a rain delay. I’m not sure exactly how these shenanigans started, but the two teams decided to play a game where charades meets “Who’s Line is it Anyway”. I’m not sure exactly how long this rain delay was, but I’ve never seen two schools put on a show of this variety on the field. I found some of them pretty good, but at the same time, I’m shocked the whole teams were participating on both sides. I’m kind of curious if the two teams went into the locker during times of heavy rain to make out with each other. Maybe they wanted to prove that they were worthy of replacing the bi-sexual guys that are getting sued in the gay softball league in SF.

Anyways, the highlights of the video as I saw them were:

In all seriousness though, this is one of the things that makes you realize how much more serious pro sports are. Can you imagine if any pro player participated in anything like this? They’d be crucified for possibly injuring themselves, and hurting their teams chances at the elusive title. Everyone gets pissed when they run and slide on the tarps during delays, so this would never happen in the MLB.

While we’re on the college baseball theme, in case you missed it, this was a once in a lifetime kind of play. I doubt we’ll see anyone taking the over the catcher somersault method of scoring, but I’m glad one person did it. Once again, this proves that baseball is truly the sport where amazing happens!

Yeah, I know that you’ve probably heard millions of Tiger jokes by now, but at our annual Christmas Eve party I was shown this Billy Dee Williams clip from the Jimmy Kimmel show that was pretty funny! If there’s one thing Tiger has given us for the holidays, it is plenty of new jokes and skits from all the great comedians out there. I guess it’s a little too late to get this fabulous plate set and meat clever for Christmas, but it would be a solid birthday gift that keeps on giving! Happy Holidays!

So, some guy in Serbia must have got some kind of a smoking deal in this half off sale. I guess he just took half a car instead of buying a full one. May as well just take the free part, especially when it’s the part that works! I’m not really sure how this is even possible, probably because I’m not know for my mechanic skills, but this reminds me of how a sidecar on a motorcycle would look rolling around on it’s own. I want to see him ghost ride the whip in his next youtube clip!

Solid break dancing moves! I’ve never seen a flying pig that people seem to reference, but here we clearly see that with one solid uppercut that flying cats DO exist.