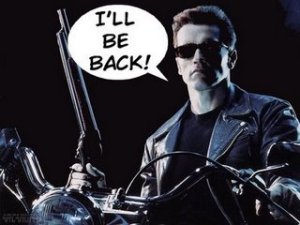 We made it through another season of picks, and fortunately now all we have left after this one is the playoffs which is much easier since there aren’t nearly as many games. I can’t lie, I thought I’d do better this year, and after last week’s ugly 2-5 there’s no chance of hitting .500 on the year. Oh well, maybe the new year will bring me better picks for the playoffs.

Happy New Year’s to all our readers out there!  May 2011 bring you plenty of success and happiness!  I went 2-3 last week, and I’m actually quite happy about it being that I was on track for an 0-5 week.  My main goal is to not screw anything up and stay above .500 on the year.  Then I’ll ride that momentum into the playoffs.

Chappy picks Oakland +3.5. KC doesn’t have much to play for. It looks like they will be hosting the Jets in the first round of the playoffs. Oakland feels like they have something to play for as they want to be the first team to sweep their divisional games and not make the playoffs. Great record to have I guess. Cable will be coaching for his job, and an 8-8 finish might just keep that in tact.

By picks Oakland +3.5. Being that K.C. has locked things up in the AFC West, the Chiefs don’t have much riding on this game.  I wish there were more at stake for this game because the Raiders/Chiefs rivalry is always a good one when both teams are playing well.  With that said, the Raiders would like nothing more than to end 2010 with a good win and look forward to 2011.  I think they get it done.

Chappy picks New England (-4). I’m scared the Pats will rest players, but going back to their (almost) perfect season they didn’t rest guys, so I don’t see them doing it this week. If this was in Miami I might take the points, but since it’s in Foxboro not sure how you couldn’t roll with the Pats. They haven’t really had a close game since they played the Colts in week 11, no reason for this one to be close.

By picks Houston (-3). Well Houston once again followed the same pattern of years past.  Fast start, slow finish.  It’s a shame a team with this much potential’s season highlight will be officially eliminating a banged up Jags team from playoff contention.  Pocket Hercules is not at 100%, and without him, the Jags can’t compete.  In fact, is Pocket Hercules even playing?  In fact, even if he was I still like the Texans by 10.

Chappy picks Cincinnati +9.5. This has been a terrible season for Cincy, but they do cover a lot of spreads. Last week they even beat SD without their duo of diva receivers. Baltimore is in no matter what, and has to count on a Pittsburgh loss to win the division. I think Baltimore wins this game, but when they pull all their starters Cincy works its way back within a TD.

Chappy picks Minnesota (+3). Last week convinced me that the Vikes are still a decent team when they have a QB that doesn’t turn the ball over. Can’t say I really knew who Joe Webb was last week, but after seeing him play Tuesday he looks like he could lead this team to another victory. They have a short week to prepare, and Detroit is on a two game winning streak, so they are bound to come back to earth. Plus the Lions need a higher draft pick, so no need to try this weekend.

By picks New York (-4). Similar to last season, the Giants have had a bit of a let down in 2010.  They’ll win impressively this week, as the Redskins are along the lines of Carolina, woeful, but New York still misses the playoffs.

Chappy picks Atlanta (-14.5). This pick scares me. The Falcons could have this one locked up at halftime, and when they are up by 28 they could pull their starters which would give the Panthers a chance to cover. Fortunately Claussen is one of the worst passers in the league, and will save this bet with a few pick sixes to keep the Falcons lead growing. If there’s one guy that needs to have a good game its Claussen, to prove to the team that they don’t need to draft Luck #1 overall, but that’s not going to happen, and Luck will be the unlucky Panthers QB.

By picks St. Louis (-3). Well somebody has to win this s**t division, and St. Louis’ is as worthy as anybody.  I might have picked Seattle at home had Matt Hasselbeck not been injured, but without their leader the Seahawks have no chance.  Plus I hate Pete Carrol and would rather see the Rams do a one and done post season run than Seattle.  St. Louis by 10.

Chappy picks San Diego (-3.5). SD had the top ranked defense and top ranked offense for a good portion of the season. Do they want Norv to stick around. If they don’t I could see them tanking this game, but I don’t think they will against a division rival. SD doesn’t want to have a losing season, and they won’t let Tebow do what he did to Houston’s horrible D. Tebow gets pummeled, and everyone questions whether he’s really a true QB all offseason.

I'm a dude that just hit 30 years old. Pretty much like everything that is funny, insightful, and has to do with the Warriors, A's, and Raiders. END_OF_DOCUMENT_TOKEN_TO_BE_REPLACED
This entry was posted on Friday, December 31st, 2010 at 4:12 pm and tagged with football, lines, match ups, NFL, picks, predictions, Spreads, vegas odds and posted in Sports. You can follow any responses to this entry through the RSS 2.0 feed.
« In Case You Missed It….
Bowling In The New Year »