We haven’t really been on top of giving our readers very many funny clips lately, and when I saw this one today, I couldn’t resist posting it. We are fond of all things that come from Asia since three of us are Asian, and this guy in the clip had the spirit of the Panda with him in this race (literally), because that’s how a Panda would attack these hurdles too. I’m not sure if it was because he couldn’t jump or if it was some kind of special Olympics event, but whatever his reasons were for plowing through the hurdles, he brightened up my otherwise rainy and gloomy Monday. I couldn’t stop laughing when he knocked over the hurdle in the lane next to him right at the end making it so the other guy couldn’t even finish. As far as I can tell from homeboy’s celebration after crossing the finish line he must have won!! 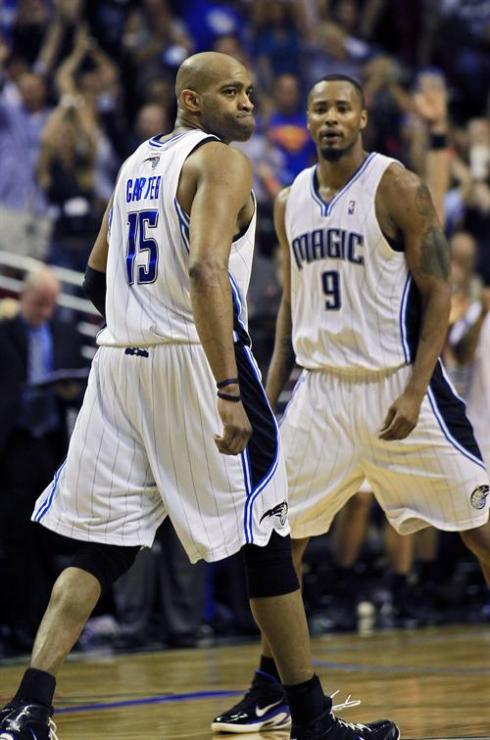 Wall Street is closed on the weekends, but there were some major trades being made in the sports world over the weekend. The two biggest trades were undoubtedly the Magic getting Gilbert (a long time favorite of mine) from the Wizards, as well as Hedo Turkoglu, Jason Richardson, and Earl Clark from the Suns. My first reaction to the trade when I saw it flash up on the bottom line on TV was, what an upgrade! They got rid of Rashard, Pietrus and Vince, which is a win my book regardless of who came in. Nothing against Vince or Rashard, but if the Magic really want to be serious contenders they needed to get rid of both of them for the simple reason that they always choke in the playoffs. Here’s a reminder of how they felt last year about the Hedoless team. (NJ and Toronto fans nodding in agreement) Second, they got rid of Michael (I step out of bounds twice a game) Pietrus. I’m not positive how Air France has done this year since I really don’t follow the Magic that closely, but Pietrus is a guy that frustrated me when he was in a Warriors uniform. I can only assume that those are the same type of sentiments that Magic fans have about him, but maybe not. All in all it was like the how the A’s finally rid themselves of Jack Cust. Addition by subtraction.

How will this new look Eastern Conference beast be with all the new parts? I really can’t say for sure that they will be better than the old group, but since they are taking in veterans that have played in multiple systems, I’m sure integrating them into the game plan won’t take as long as many expect. I also believe that Hedo and Arenas want to prove that they are good again, and will have plenty of reasons now that they will be playing for a winning team. I’m sure both want to revive their image, and winning cures that quickly just look at Vick! A lot of people seemed shocked that they’d blow up their team like this with only a quarter of the season gone by, but my thinking is that all of this seeming panic goes back to the summer of Lebron. 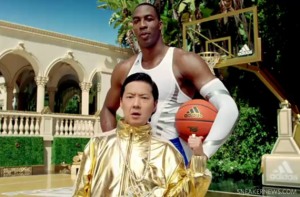 The Magic are about to find themselves in a similar situation that Cleveland faced last year with Dwight’s contract expiring in 2012. Feels like a do or die move to try and get a championship. If you are the Magic, you definitely should be scared that if they don’t get a championship in the next two years then their chances to re-sign Dwight will be nearly impossible as he looks to take his talents away from central Florida. They already have experience losing a once in a lifetime center seeing Shaq flee to LA. Centers don’t grow on trees as we’ve seen with guys like Oden and Bynum never really making it to their potential level or staying healthy for that matter. The Magic are now deep into the luxury tax, but it will only be worth it if they can appease their big man to stay, and a championship might be the only way to do that. I hope it works out for them, unless of course Dwight has an aching to come to Golden State! Then I wouldn’t mind watching his “Decision” from the Epcot Center. 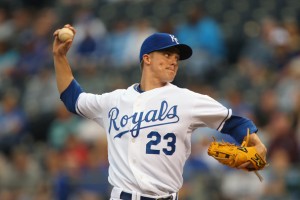 Zack Greinke was the other big trade of the weekend. I love reading how the Royals got a good deal out of it. Really!?! You can already tell?!? They traded away their best player and have improved greatly?!? I guess they are like the A’s, but simply never win. The Royals have one of the youngest roster known to man. Aside from Vin Mazzaro who the A’s just traded to them, I don’t really recognize many names. I guess they could be like the Padres and sneak up on everyone, but that’s a laughable statement in itself. If they are a contender in two years I will gladly eat those words. I’d put the chances of them getting a Cliff Lee, Brandon Phillips, and Grady Seizmore type haul at 1%.  Personally, I thought the best part about this trade was that the Rangers didn’t end up with Greinke. He was supposedly their second target after they failed to get Cliff Lee. Now it looks like the A’s are still the only team that’s really improved in the AL West, which makes me that much happier. The Brewers get what they were desperately missing with Greinke’s consistent pitching, even if last year he wasn’t as great. Can you blame him? I’d have a hard time getting fired up for starts if I was on the Royals. I think he’s going to tear through the NL lineups and might be somewhat like Halladay was last year for the Phillies, although there’s a huge difference between the AL East and the AL Central. I actually picked the Brewers to win the NL Central last year, maybe I just picked them one year too early! Now that they’ll have Yorvani Gallardo and hopefully a healthy Chris Capuano, so there’s no reason to count this team out. Their young core can put up runs, but now they some pitching to match that powerful lineup. If they can find a way to bridge the gap between their new starters and the Axeman I will be saying I told you so 8 months from now when they are in the playoffs!