Mike Tyson Gets His Due

Yes, Mike Tyson was inducted today into Boxing’s HOF. For better or worse Mike Tyson was a force in the sport. He was a crazy ear biter, but I think that’s what made him good like most fighters. It’s rare you meet boxers like Pacquiao or Forman, and it’s much more common to come across bastards with Tyson or Mayweather like attitudes. While I was growing up Tyson WAS boxing even more so than Sylvester Stallone, err, I mean Rocky. He was the most feared man alive, and I barely could beat him in Nintendo’s original Mike Tyson’s Punch Out. Luckily for him he’s stayed away from being broke jumping in a few movies lately, and seems to have a new perspective on life making him look a little sane. Anyways, after hearing he got inducted to the HOF, I had to jump on youtube to relive some of his clips to kill a little of the afternoon, and thought I’d post some for for you to remember just how awesome he was… 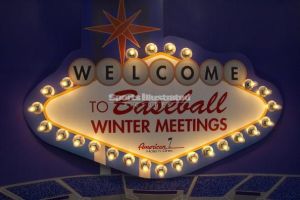 Probably the most exciting time of the MLB offseason is seeing the hundreds of millions of dollars flying around. The winter meetings always produce plenty of rumors, and usually end with at least a few big names traded or signed to new teams. I was especially excited about this year, since I wrote a while back that the A’s actually have some money to spend on some free agents this year. It has just made me follow the winter meetings all that much closer! Here’s a few thoughts on the things I thought that were interesting that have taken place so far. 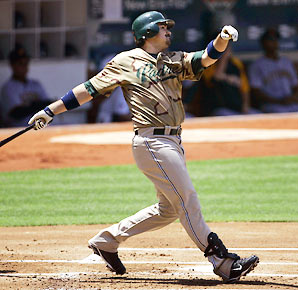 Adrian Gonzalez to the Red Sox seems like a solid deal for both sides. The Padres lost their best player and fan favorite, but got prospects that they are very familiar with since Jed Hoyer (Padres GM) used to work in Boston’s front office. We won’t know if the trade was all that even until the prospects hit the majors for a couple of years, but if they somehow pulled a Hanley Ramierez type player out of the deal it might not be as lopsided as everyone thinks right now. The Padres knew they couldn’t afford him next year, and I thought that they would give it a run this year after last year’s solid season. I thought they’d wait and see where they were at the All-Star break, but it’s probably better to trade a healthy Gonzalez now, instead of risking that he’ll be injured with diminished value later. Adrian just shot up my draft board for fantasy baseball. Just look how good Beltre did last year moving from the unfriendly hitting confines of Seattle to the playing pepper with the Green Monster.

Jayson Werth’s megadeal of 7 years and $126M seems like a horrible signing to me. Boras gets money for his clients though, and his clients are always happy with the deal. Does Werth have Carlos Beltran written all over it? Don’t get me wrong, I love the way Jayson plays, but for this much money after only two productive years in a hitters park is a head scratcher to me. Why are the Nats bogging down their payroll when they suck? It feels like the same kind of deal Gary Matthews got with the Angels. Just ask them how much they like that guy! Doesn’t signing Adam Dunn seem like a more reasonable option? I’d rather keep Dunn with less years, and maybe struggle for a year or two. When Bryce Harper and Steven Strasburg are playing at the level we all think they will, then would be the time to figure out what you need most and spend all your money. Not now, when you aren’t positive of what your team needs really are. I guess they might have a real plan if they really do throw “huge” money at Cliff Lee, but I’ll believe it when I see it. 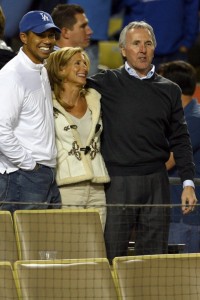 Tiger, Frank, and Jaime can all get a good laugh about this divorce stuff!

McCourt Vs. McCourt in court. Jaime and Frank finished up their first trial as they were competing for the rights to own the Dodgers in what has been a very messy divorce. The court ruled that Frank’s document stating he was the sole owner of the team will be thrown out because it was illegally made after the original prenup, so the team is still 50% hers and 50% his. If one of the two can’t buy the team outright, it’s been assumed that they will sell the team, which would make a lot of Dodger fans happy. Unfortunately though that won’t happen soon, and there will be another trial trying to prove that Frank’s original company was the reason they were able to purchase the Dodgers, so he will try to prove that he should have sole ownership. Looks like the Dodgers are going to be battling with Arizona for last place in the division this year.

The A’s offseason started with a bang as they made a couple trades and pickups with David Dejesus and Edwin Encarnacion. They won the rights to talk to Japanese pitcher Hisashi Iwakuma as well. We already dumped Encarnacion, and never really came close to signing Iwakuma, so I guess all that was smoke and mirrors. We may have just been blocking the Rangers and Mariners from Iwakuma since they were the two teams we outbid to have the rights to negotiate with him. It never really felt like a deal was getting done for him, especially for the money he was asking for to be our 5th starter.

I do want the A’s to spend this year, and they have the money to do so, but I think I’m more encouraged on what they haven’t spent their money on! They were rumored to be talking to Lance Berkman, which sounded like bringing back Giambi, Sweeney, or Piazza type in. I’m not a fan of that method anymore, because we’ve only gotten one Frank Thomas, and the rest looked washed up like they were. Now Berkman’s the Cardinals problem, and I still don’t understand why they got him when he has to play in the outfield, unless they want to slot him in instead of Pujols. Another guy they were rumored going after was Adrian Beltre. I was just as happy to see that they withdrew their contract offer to him, because he only plays good in contract years. I hope the Angels end up with him, and he turns into Seattle Beltre that didn’t care. I’d much rather go for a guy like Josh Willingham at a highly discounted price…