3-2 last week was okay. I guess it’s better than a losing week, but not by much. The season is getting interesting as we head down the home stretch, but after my Raiders lost last week it made me not pay attention to the happenings going on in the NFL during the week. I’ll call it a mini-depression that only comes when your team’s hopes are dashed. I guess there’s a little hope, but not much, so for now I’m hoping they can sweep their divisional games for the first time in decades.

Don’t have much to say as a prelude to my picks but look at that overall record.  I’m smiling from ear to ear considering where I stood in the early part of the season.  The best part about my picks these past few weeks is they’ve actually won me some coin.  Being that we just finished our “Naughty” or “Nice” list, and Christmas is around the corner I think it’s only right I ask Santa for one thing.  No 2011 NFL lock out.  And no 2011-2012 NBA lock out.  O.K. sorry Santa, that’s two things.  I got greedy.

By picks Houston (+1.5).  This might be fool’s gold being that Matt Schaub hasn’t exactly been the model of consistency this season, but take away that horrible decision to pass it to the wrong team in extra innings, and Schaub played a spectacular game against the Ravens last Monday, which is why I’ll take Houston this week.  Both teams aren’t going anywhere this season, but the Texans have to do enough for us to believe that next year is “their” year.  And so a good showing on the road versus a division rival should suffice.  For the Titans, my advice to them would be tank the season and hit rock bottom.  That way a mediocre 2011 (if there is a season) would be enough to satisfy the Tennessee fans.  I think they’ll take my advice.

Chappy picks Carolina (+2.5). This might be one of the crappiest match ups in recent memory. I haven’t really watched either of these teams much this year, because they haven’t been worthy of three hours of attention. Carolina has been running the ball a little better with Stewart finding some holes, and Steve Smith being back might help the offense a little more. That being said they still suck. The Cardinals are in last place in the NFC Worst, but for some inexplicable reason are still in the playoff hunt. 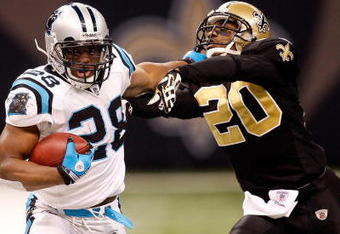 This is the first time all year I’ve picked Carolina, so I had to take them at least once, right!?! Arizona is going across the country to play a morning game, and with bad teams that’s a big deal.

By picks Carolina +2.5. Like Chappy said, this possibly is the worse NFL match up all season.  Scratch that, dare I say, all time?  It’s hard to believe the Arizona Cardinals were one or two plays from hoisting the Lombardy Trophy two years ago.  A lot of things have factored into their down fall since then, but the main reason is obvious.  Cutting Matt Leinhart.  What were the Cards thinking!?  All jokes aside, all this Cardinals losing has strengthen Kurt Warner’s case towards Canton.  I don’t know of one thing the Cards do well besides lose, and so despite the Panthers sucking major balls too, I’ve got to go with Carolina at home here.  I guess Jonathan Stewart’s been running well lately.  There.  That’s a better reason to go with the Panthers.

By picks Indianapolis (-5). Indy blew the cover last week, letting a two touchdown lead go to waste versus the Titans.  Thankfully, my friend forgot to call in the bet for me, and I ended up winning a two team parlay last weekend.  Anyway, Manning looked like the familiar Manning we’ve all grown to love, and being that this game is pretty much for the division, look for #18 to play his best.  Home field hasn’t been much of an advantage this season for the Colts, but the Indy fans are intelligent, and they know just what’s at stake here.  I actually expect the fans to be a factor Sunday.  As far as the Jags, they’re probably the most shocking division leading team in the league, as nobody expected them to be sitting atop the AFC South at any point this season.  Is this a credit to how good they’ve been, or how bad the rest of the division has struggled?  I’ll say the latter.  The Colts correct some things this weekend with emphasis.

Wow, didn't know youg Colt sported this cool of a mullet back in the day!

Chappy picks Cleveland (+1.5). I guess I’m picking all the crappy games this week, and the second blacked out game in a row. The Bengals are awesome this year when they are talking about themselves. When they actually get on the field, they just suck. What made me pick the Browns? I’d say starting Colt McCoy over Jake the turnover machine Delhomme was my tipping point. I really like Colt, and deep down still wish the Raiders picked him in the third round since it wouldn’t have been that risky of a pick. The Browns should win this one easily since they put up a good fight every week against good teams which the Bengals are not.

Chappy picks Atlanta (-6). A road favorite by almost a TD? I guess that’s what happens when you are dubbed the best team in the NFC. I don’t see any upsets happening in this game even if the season is on the line for Seattle. If Seattle gets beat by the Niners 40-21, and have given up 30+ points to not so good teams three straight weeks, then I have a feeling the Falcons will easily cover this spread. Why isn’t it 10? Bet with Atlanta before this spread gets any higher! The 13th man in Seattle will be quieted in the first quarter when they are looking up at a 21-0 deficit.

By picks Philadelphia (+3). There’s only one QB I hold in higher regard than Michael Vick, and if you are fan of our blog, you’ll know exactly who I’m speaking of.  In fact, if someone guesses it correct, they get an uber shot out in next week’s Doin Lines.  Back to the game.  Nothing like a big Philly/N.Y. match up for NFC East supremacy, and I hope this game lives up to the billing.  The Giants running game has been dominating, and remember, it was that ground and pound game that led them to the Super Bowl in 2008.  As far as Philly is concerned, they’ll just keep doing what they do.  The Eagles don’t have to change a thing.  In fact Philly, please don’t.  Mike Vick, DeSean Jackson equals excitement.  Philly wins this game outright, but I’ll be happy to take the +3 just in case.

Chappy picks New Orleans (+1.5). This is going to be a fun game to watch. Baltimore needs it, New Orleans needs it. Great teams from both divisions, and who knows, maybe this could be a Super Bowl preview. Okay okay, you’re right, there’s no way the Ravens would beat the Patriots in the playoffs, but that doesn’t mean this isn’t going to be a good game. I still feel like the Saints are being overshadowed a little too much by the Falcons. They now have Reggie and Pierre in the backfield that they thought they’d have all season this offense will only pick up the pace.

If there’s one game on the slate this weekend I want to see on TV it’s probably this one.

By picks New Orleans (+1.5).  This was one of the toughest games for me to pick, or even look at.  Not only is the spread interchangeable, but who I’d pick in this game straight up is wavering.  New Orleans -1.5 would make just as much sense here to me.  Both teams are currently second in their division already having lost to the division leaders, so both teams have an equal amount at stake here.  Ultimately what it comes down to is which team has the better QB, and which the better defense.  I like Joe Flacco as much as the next guy, but c’mon, Drew Brees.  End of conversation.  Now, this is where it gets tricky, Baltimore has a better defense, but they’ve had a pension for blowing leads late this season, and I’ll tell you one thing, Drew Brees does not make the same mistake as Matt Schaub if the same scenario unfolds in this match up.  Going with the Saints here.

Chappy picks Oakland (-6.5). Last week my reverse jinx didn’t quite work out. The Raiders played tough, but couldn’t overcome all the big plays the defense gave up. 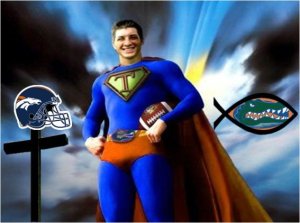 Hopefully McClain will be back this week to stop long runs from happening that Ricky Brown could not stop. The last time these two teams hooked up it was one of the Raiders most impressive wins in recent memory from both sides of the ball. DMAC must be licking his chops for this one because last time he ran over the Broncos D with a 16 carry 165 yard 3 TD performance. I see them getting up for this game and keeping their ultra slim playoff hopes alive. Plus we are supposed to see a good amount Tebow time this week, which always bodes well for an opposing team when they have a rookie to tee off on.

Chappy picks Chicago (-6). I’m not confident in this pick at all, because who knows what will happen in that outdoor stadium. That being said, I’d rather pick a team that always plays outside rather than one that is used to indoor games. I do think it’s going to be one of those sloppy games that ends up with a crappy 7-0 or 10-3 score. The Bears play sloppy, and usually win sloppy, which makes picking the under of 42 very attractive. The Vikings don’t have to worry about the streak anymore, and won’t find out if Tavaris is the answer at QB since he’s out for the year now. I see the Bears defense gobbling up rookie QB Joe Webb. AP might get his, but he lost me a fantasy playoff match up last week with his 26 yard game, so I kinda hope he just sucks for the rest of the year as a punishment to him for ruining what I thought was a championship fantasy team.

I'm a dude that just hit 30 years old. Pretty much like everything that is funny, insightful, and has to do with the Warriors, A's, and Raiders. END_OF_DOCUMENT_TOKEN_TO_BE_REPLACED
This entry was posted on Friday, December 17th, 2010 at 11:30 am and tagged with football, lines, losers, match ups, NFL, picks, predictions, preview, Spreads, vegas odds, week 15, winners and posted in Sports. You can follow any responses to this entry through the RSS 2.0 feed.
« Werthwhile Move For The Nats?
Doin Lists »