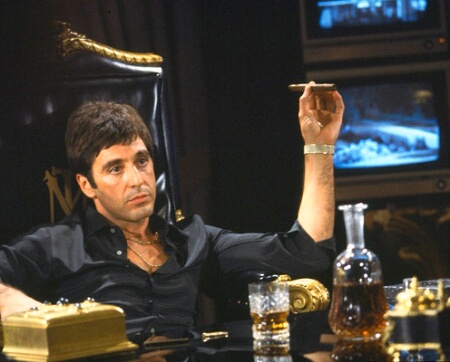 By now we’ve heard about all there is to say about the match up through every media outlet possible. The Super Bowl always wears on me a little leading up to it, but having the two number one seeds has me a little excited. I feel like I’m tired of the game before the game is even played, but when it finally goes on you can count on me watching. Media day is probably the most pointless sound bite day of all time. At one point it was cool and fun, but nowadays I could care less about what people think the outcome of an arm wrestling match between Brees and Manning. I mean seriously, is this the top story!?! Anyways, I’m declaring the Saints the home team in this one, since numerous people in New Orleans are being given the whole week off to travel to Miami, and support the team. It’s a scenario I’ve never heard of before, as the whole city seems to be closed down just to root for a sports team, and even schools are closing down for this big game! Are they more than a team to this city? Probably, and that’s why this will have the feel of a Saints home game. Not that there won’t be Colts fans there, I’m sure there will, but you can bet they will be in the minority. We all know about how good these QB’s are, so I’m going to try and breakdown the other things in this game that I see being the biggest factors. 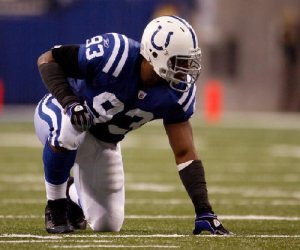 I’m not going to pretend that there’s a lot of new information to enlighten you readers on since you’ve probably been following along on the daily coverage, unless of course you somehow missed that Freeney was injured, and the big fallout of the ankle injury, was that the Vegas line shifted a half point. It’s been pretty much the huge story of the Super Bowl this year, and although it looks like he might play the question now becomes will he be healthy enough to be effective. There really isn’t anyone on the Colts D that you gameplan for more than Freeney. If there is, let me know, because I’m unaware of that player at the moment. I’m wondering if this is karma kicking in, as the Colts should still be going for the perfect season, but instead opted to rest their starters at the end of the year. Now that they aren’t at full strength, I wonder if any of them are regretting not going for the perfect season and could have avoided playing the Jets in the AFC Championship game where Freeney got hurt. I’m also surprised how many people are picking the Colts to blow out the Saints. Sure they blew out Joe Flacco and Mark Sanchez, but can they blow out Drew Brees? I don’t think I need to say this, but I will anyways. Drew Brees is in another league compared to the guys the Colts have beat in the playoffs so far! I have no doubt that the Colts can keep up on the scoreboard with them, but will their defense be able to stop the Saints like they did with the Ravens and Jets? The Saints are actually a balanced offense with an underrated running game, so it will be a lot tougher for the Colts to figure out what they are doing opposed to run, run, run like their last two opponents. I also think the Freeney injury will give Brees a ton of time in the pocket, and will make Mathis much less effective, since they will be able to double him every play. I think if the Saints get a good running game going that could be their best defense (keeping Peyton Manning off the field). The Colts are the more experienced team, and while I’m sure that will help them, I think the Saints are the team of destiny. 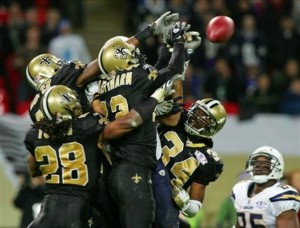 The Saints are the inexperienced team, and only have four guys that have ever played in a Super Bowl. For some reason I don’t think they will be nervous or fall victim to the bright lights of the big stage. I don’t see them falling behind by a couple TD’s early in the game like many seem to think will happen. They’ve had luck on their side all season, and seem to catch the big break every time you start to doubt them. The Saints have been putting pressure on QB’s all postseason. I think beating down Favre and Warner was much more impressive than the QB’s that the Colts D has stopped. Not that I’m overly confident in the Saints D stopping Peyton, I just think their playoff resume shows they are capable of slowing down big name QB’s. One thing do they have working for them is the fact that the Colts don’t run the ball. The Saints have one of the worst rushing defenses in the league, 21st in the regular season, and have given up over 125 yards on the ground per game. They weren’t exactly good at stopping the passing game either, but they did have the third most turnovers forced in the league. I see a couple turnovers happening in this game, and think whoever ends up winning that battle will most likely win the game. I don’t see Peyton turning the ball over, but he does have some rookies out there that could easily lay the ball down like Garcon, Collie, and Brown. One last note, remember how the Colts seem to always have a tough time against the Chargers in the playoffs? This Saints team reminds me A LOT of the Chargers teams that knocked the Colts out of the playoffs in years past. Great QB, check. Solid receiving core, check. Solid running game to keep Peyton off the field, check. A defense that puts pressure on QB’s, check. A swarming defense that creates turnovers, check. Here’s to hoping for a shootout, and going waaay over the 56.5 point over under, Saints 49, Colts 42.

I'm a dude that just hit 30 years old. Pretty much like everything that is funny, insightful, and has to do with the Warriors, A's, and Raiders. END_OF_DOCUMENT_TOKEN_TO_BE_REPLACED
This entry was posted on Wednesday, February 3rd, 2010 at 6:19 pm and tagged with defense, Drew Brees, Dwight Freeney, February 7th, football, Indianapolis Colts, match up, New Orleans Saints, NFL, Peyton Manning, Prediction, preview, Super Bowl, vegas odds, XLIV and posted in Sports. You can follow any responses to this entry through the RSS 2.0 feed.
« This Gay Shot Keeps Making Me Laugh
Is Mel Gibson and Allen Covert the Same Person? »