A Stoner Gets Another Cy Young! 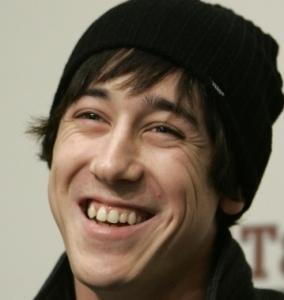 Did I win some money for this award to go grab some munchies?!?

Some more Bay Area baseball news came out today, and another award was given to another pitcher residing in Northern California. It was announced today that Tim Lincecum has won the Cy Young for a second consecutive year! It’s probably a little relieving to have good news since all the buzz lately has been about his Marijuana possession charges, which honestly, I don’t really see why people care about what he does as long as it’s not a Len Bias kind of habit! He’s just a long haired hippy at heart, hell, he probably scored his weed from Zito’s hookup! Let’s just hope he doesn’t follow the same career path as Barry or sign on for any denim ads. He’s only the second person to ever bag two in a row, and his teammate was the other, Randy Johnson, who won four straight (99-02)! The freak wasn’t the obvious choice for the award, but it’s hard to argue against giving it to him. He had more K’s, innings, and a better whip than runner up Chris Carpenter, but he had a higher era and less wins than Chris. I think Carp would’ve won if some of his votes weren’t taken from him by his teammate Adam Wainwright who also could have been a very deserving winner. I really like that the voters decided that Lincecum was the most dominant pitcher, and didn’t focus so much on just the wins column like they usually do. All in all, it’s been good award season for the Bay, as Tim Lincecum repeated his Cy Young defense, and Andrew Baily won the Rookie of the Year award.

Can I get a Kool Aid Guy, OH YEAH! I went 5-2 last week, which brings me back close to .500 at 27-28-1 on the season! I have to thank blogmate MCeezy for helping my week start right, and jinxing the 49ers to cover by betting on the Bears! I guess now that I’m not working I have a little bit more time to make my picks more informed! Anyways, let’s hope it’s another good week, and as always the home teams are in bold. 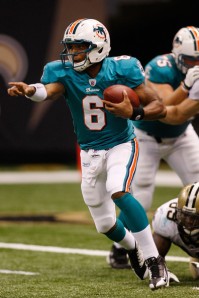 Did Carolina finally decide to start playing this year? Last weeks’ surprising scoring output wasn’t just within their normal means of running the ball keeping it out of Jake’s turnover prone hands. They actually threw the ball for a good portion of the game, and Delhomme actually came out of it without throwing a pick! They beat an up and down Atlanta team that lost Turner part way through, but it was impressive to me nonetheless. It shows me that Atlanta isn’t all that good, and maybe Ryan is a little overrated. Ryan has been on a downward spiral for the past few weeks and has shown that there is definitely room for improvement. The loss of Ronnie Brown is the biggest factor in this game. He’s their best offensive player. Without him on the field how will they run the wildcat? With Pat White and Rickey Williams all game? I don’t see that having the same type of success as having Brown man the show. Since the Dolphins can throw the ball about as well as the Big Tuna, they should be one dimensional enough for the Panthers to stop.

What the hell is going on here? The Jags and Panthers in two straight picks! They both earned cheerleader pictures earlier this season! I guess we’re finally seeing a little of that parody thing they always talk about within the NFL. Mike Sims-Walker actually looks like a decent receiver, and Torry Holt is always dependable for a few grabs during the game. Garrard has managed just enough through the air lately to open up those holes for Mojo to run through, and he is doing just THAT! He’s scoring nearly twice a week, and should have last week but just missed in the fantasy kneel down heard round the world! Buffalo doesn’t seem to present any problems to stopping him, so he should have a big day. Buffalo still hasn’t named a coach since firing Jaron, but I don’t think that will make much of a difference unless the new coach or interim coach can put a completely new offensive playbook in before Sunday. Their conservative style has made them even worse than I imagined they’d be! Maybe they should just let TO coach, you know he’d be all over those refs all game even if he didn’t know what he was talking about. This already sounds better than the TO show! 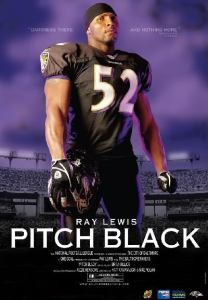 I wonder if this was supposed to be the documentary on how he killed a man!

I haven’t really seen Baltimore look all that impressive in the games I’ve watched them play in. Even against the lowly Browns, they didn’t look great, which is opposite of how teams are supposed to look against them! Indy was dominated for most of the game against the Pats, and thanks to a lucky/risky move by Belichick they squeaked out with the win, and the Pats still covered for me! A solid win win situation! Indy hasn’t blown teams out very often this year, but I think they can win this game, and it will be by more than one point. Peyton should be extra pumped up for this one, as it looks like this could be their best opponent left on the schedule. Peyton has owned the Ravens going 6-2 against them, and with the announcement of Baltimore losing Suggs is surely going to hurt this Ravens defense squad. Ray can say what he wants about Peyton, but in the end he won’t be able to stop him. The undefeated season is looking more and more within reach for them!

Beanie Wells made an impact last week, and showed that Seattle can’t stop the run even against a team that doesn’t run. That might be pretty convenient for one Mr. Adrian Peterson. He seems to do very well against teams that don’t wrap up backs. Seattle at home can compete, but on the road I see them laying down early especially when Hasselbeck has to fear the Jared Allen and his mullet! With two of Seattle’s CB’s probably out, there is no way to convince me that this will be anything other than a blowout. Who knows, maybe even Tarvaris will be able to show off a few things that he’s learned from Brett at the end of this game!

I think last week’s speed bump of St. Louis was a little too close for the Saints comfort level. This week should be different, after that reality check that showed them that any team can show up on a given week and could possibly take them down. So they better be ware that even the Bucs can win a game. I think Colston will bounce back nicely this weekend since he only had two receptions for 17 yards against a horrible Rams secondary, and it was his second straight bad game. He’s too good to be kept down for long. Brees hasn’t looked super sharp lately, so this feels like as good a week as any to break out as well! This might be a snorefest unless you like seeing the Saints put up points. It might be fun to watch them run up the score, but probably only if you happen to some fantasy players going in the game. 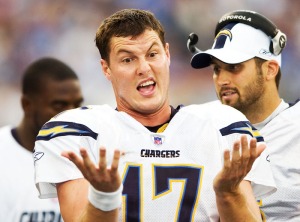 I guess this pick all depends on whether Orton starts or not, but I’m going out on a limb and assume he will play. I know Denver has been falling apart faster than a leper in warm water, but I think they’ll pull out a few extra tricks in this heated divisional game. Even if they don’t there’s no reason not to take the points for this home team. This game could go a long way to deciding the West, so I don’t see any problems with both teams being fired up. Even though the Broncos have lost three straight weeks and seem to be in meltdown mode, they have to break out of the funk sooner than later. If they lose this game it will be by a small amount so take the points. I hope they win, NOT because I like them in any way, shape, or form, but I just want to see Rivers cry a little. That would make my weekend!

Tennessee is starting to roll now that they have Vince back in the mix. I’ve always been a believer that Kerry Collins was a retard since his days as a Raider. He couldn’t even get the ball to Randy f**ing Moss, so that just shows you how bad he is. The move to Vince, seems to have stabilized the offense. I don’t see them running away with it, but they look like they’ve righted the ship! I always believe in Fisher, he’s been one of my favorite coaches of all time! I don’t know what Houston’s deal is, I actually had them as a playoff team this pre-season, and at times they’ve looked like a playoff team, but at other times they’ve looked like Tennesee did at the beginning of the year, TERRIBLE! Just take the points when you aren’t sure!

This might be slowly becoming my favorite NBA highlight of all time. I was at this game, but I didn’t think much of it at the time, because it’s Adonal Foyle. But years later, I think this clip pretty much sums up the last 10, or even 15 years, for the Warriors.

Fisher…. to Dunleavy….. finds Foyle wide open, he shoots….ANNNNDDDD it’s over the backboard and out of bounds. Sonics ball.