The Rockies are White Label Hot! 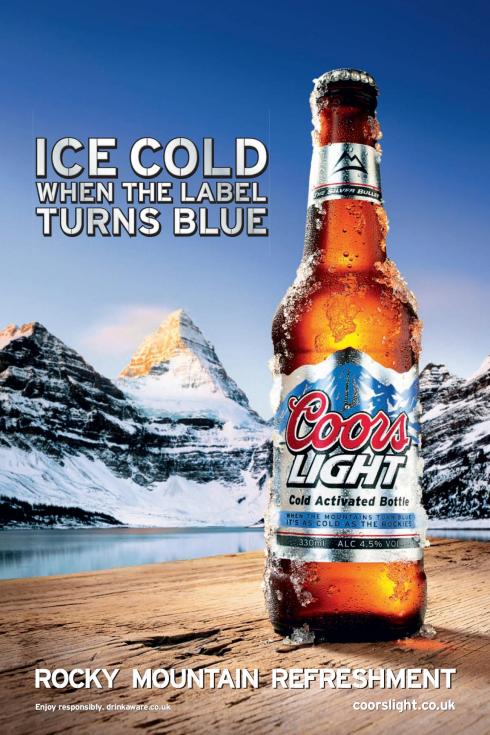 The Rockies started off slow just as anybody would start off an ice cold Coors in April, but just after the All-Star break the Rockies have powered their way close to a .700 record turning that blue bottle label white hot indicating it’s time to pound! The Rockies have pounded the ball and surprised us with some decent pitching as well. The Rockies took the wild card lead back by one game today, and they truly look like the force they were in their last playoff run in 2007. The Rox 2.0 just picked up Jason Giambi, who arrived in Colorado today. 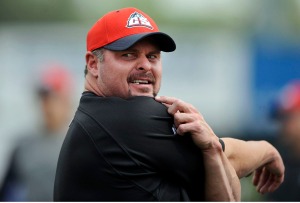 They have added him as a pinch hitter plus a sub for Helton to keep that always troublesome back of his from acting up. Giambino made his first NL atbat of his career tonight that netted a bases loaded RBI walk. He knows he’s not a major piece, but feels he can help them out with his experience saying “There is no small role when you’re in a pennant race.”  The Rockies also added Jose Contreras from the White Sox for a minor league pitcher yesterday who should fill in nicely for injured starter Aaron Cook. He should get his first start this Saturday. The move from AL to NL has been very kind to many pitchers that were performing at a much lower level (See Smoltz).

Their closest competitors are the Giants, which I unfortunately don’t see them hanging in there. I hope they can pull it out, because they have great pitching that would be fun to see in the playoffs. They still can’t consistently score runs though. They never really filled that hitting void that everyone was talking about for the months leading up to the trade deadline. It feels like they just have big holes in their lineup where you decide, they won’t score this inning before they even bat. They were shut out tonight, which could have been Hamels brilliance, but it could just as easily been that they don’t have that many good hitters. Freddy Sanchez and his continually delayed return could help a little, but they need some more power. He wasn’t the guy they should’ve gone for at the trade deadline. Penny just signed with SF, and just like the cases mentioned earlier going from the AL to the NL should treat him well or at least descent. 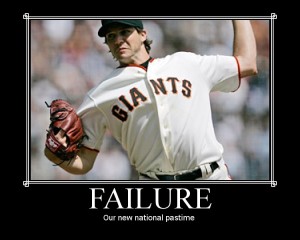 Zito is quietly throwing up lots of zeros on the scoreboard. It’s unfortunate that he hasn’t pitched to the level of his contract, but this is a start.

The Braves and Marlins are the next closest teams to them, but seem to have trouble playing any better than .500 ball as both teams have been just above or below there all season. I think the Wild Card winner should be a good 8 games over .500, at least we’ll hope that’s the case! Tim Hudson made his return tonight for Atlanta, and pitched pretty well. That has to help the Braves chances if he can stay healthy. He’s always been a big competitor, and should give them everything he can. I do like the makeup of the Braves, but they’ll need their pitching to step up especially Lowe. I just saw that Hanley left the game tonight in Florida with some more of that hamstring tightness he seems to have a lot of. They can ill afford to lose him, and if they do you can kiss goodbye to the wild card spot.

Ultimately I think it’s the Rockies spot to lose, since they have been consistently playing better than the other teams in the hunt over the second half of the season. I don’t care if the Giants swept them in a series, and they lost a couple more. 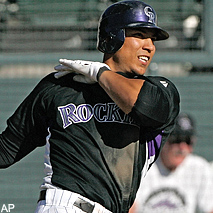 They could have broken the spirits of the Giants, but now I believe it’s just a minor stumble as they are now back in first. Another reason I attach myself to the Rockies, is because they have some former A’s players on their team. With the addition of Giambi, it’s too hard to resist picking them. Carlos Gonzalez homered tonight, and he’s heated to white label hot over the last month! I hate second guessing things, but I wonder if we should have kept him over trading for Holliday. We’ll have to see how Brett Wallace turns out to answer that one, on another post.

I'm a dude that just hit 30 years old. Pretty much like everything that is funny, insightful, and has to do with the Warriors, A's, and Raiders. END_OF_DOCUMENT_TOKEN_TO_BE_REPLACED
This entry was posted on Tuesday, September 1st, 2009 at 10:17 pm and tagged with Atlanta Braves, barry zito, Baseball, beer, Brad Penny, brett wallace, Carlos Gonzalez, Colorado Rockies, Coors, Florida Marlins, Freddy Sanchez, Hanley Ramirez, Jason Giambi, Jose Contreras, MLB, NL, race, san francisco giants, Tim Hudson, Wild Card and posted in Sports. You can follow any responses to this entry through the RSS 2.0 feed.
« Spreading the Gospel of Brett Favre Hate
Another Doin Work Knock Out »

9 responses to “The Rockies are White Label Hot!”