In case you didn’t see this yet, here’s a feel good story that thankfully is becoming more and more frequent.  It’s about sportsmanship and a love of the game going hand in hand.  Matt Ziesel has Down Syndrome, but that didn’t stop him from living out his dream of scoring a touchdown in a football game.  Always ready to play, that’s how his coaches describe Matt.  And thanks to their opponents, Maryville HS, who were up already 46-0 with 10 seconds to go in the game, St. Joseph Benton was able to hand-off on there last play of the game and, well, see for yourself.

I’ve included a great article below that recaps the story very well.  Enjoy. 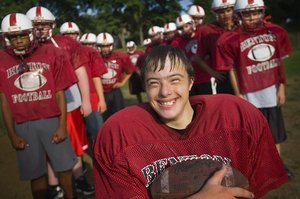 Matt is the Captain of the Freshman All-American Attitude Team

Another week down in the NFL season, and I have little to show for it. This week didn’t even start off promising like last week did as I went 7-9 vs. the spread, and now am 15-17 on the year. I think there’s a chance I could be entering a Lamar Odom type state as he slowly realizes he’s tying the knot with Khloe. Whatever state of self doubt it is, I may have to reconsider continuing to post these picks publicly throughout the rest of the season. On a brighter note, I once again did good in my confidence games, and am now 9-3 on the season with picks that had a confidence rating of 4 or 5 on! This gives me hope, and has made me realize that I shouldn’t be picking every game out there. I have reconsidered, and will go a different route. Say goodbye to confidence ratings, and get ready for the six LOCKS of the week. I’m guessing there’s as good a chance I’ll have a few $$ on these games come Sunday.

Cmon AP, I just want to give you a hug!

I like taking the points here. Minnesota has looked really good this season, but on the other hand who have they played? Cleveland and Detroit to jog your memory. This will be their first real test against what I deem a good team, and most likely the only team that’s remotely worth preparing for in the NFC West. The 49ers had a win against last year’s Super Bowl loser, and I thought they showed a lot winning that game on the road. I think they’ll do just fine in Minnesota, keeping it within a touchdown. I have a feeling that Patrick Willis will be spelling Peterson all day long, which could be fun to watch. Same goes for the other featured back (Gore) in his quest for a resurrection year!

I’m not sure if the Jets are “Super Bowl” good as many media outlets seem to claim on the east coast, but their defense “the Rexecutioners” has shown that they are going to be tough to score on. I didn’t think I’d pick the Jeff Fischer lead Titans to go 0-3 on the season, but in a very hostile and fired up crowd, it’s going to be tough to convince me to bet otherwise. Although Tennessee has a great running game, I think they can be tamed the way the Jets did with Steve Slaton was in Week 1. The Titans are also in the midst of a four game losing streak dating back to last season. Mark Sanchez has impressed everyone so far, and put to rest Pete Carroll’s doubts about him being ready enough to enter the draft. I guess we now know why he wanted Sanchez to stay so bad, because USC doesn’t seem to trust anyone they have to be in there! 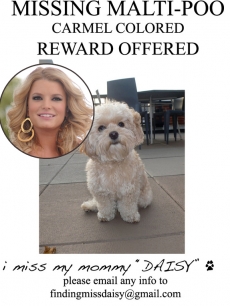 Whoa settle down! I didn’t pick Detroit to win or anything, I just picked them to cover! This game has the same excitement level as Jessica Simpson losing her dog to a coyote. Washington went against St. Louis last weekend, and pulled out two point victory. I couldn’t believe they weren’t blowing out the Rams. The Rams are dysfunctional at best, and just showed that Washington has no identity and no offense. I think Detroit will put up a good fight at home to try and put an end to their losing streak. I don’t think they will, but I see this one being close enough to take the points.

I’ve never given Eli much credit even though he’s won a Super Bowl, and going into this season I still viewed him as mediocre. This season everyone was to saying how he’s going to have a bad season, because he has no recievers. I’ve been very impressed with how well Manningham and Smith have played for him. If you look at it more closely is it really the recievers or is Eli really that good? As for the Buccaneers, they are the worst they’ve been since before the Tony Dungy era.  They are in the midst of a six game losing streak dating back to last year. I don’t see the bleeding stopping this weekend, and forsee TV blackouts for Bucs fans in the near future!

Cutler getting the insulin knocked out of him.

Seeing this line raise a point over the last day and a half has me convinced that the Bears are the right pick. With Hasselbeck hurting his ribs for a second straight season, I have a hard time picking them especially after getting pounded by San Francisco last weekend. The Seahawks just aren’t a good team, and I don’t see how changing to the Jim Mora Jr. Era will make things better. It seems like Cutler is getting some fluidity with his receivers as he showed the Bears faithful the kind of a Pro Bowl QB they traded for pulling out a win from the defending champs last week!

I don’t really like picking this game, because I’m not a fan of betting on my own team and jinxing them. Seriously though, how can I curse the Raiders any more than they already are. They already lost a game to the catch or no catch rule that was analyzed by David Flemming as a catch when other catches this season weren’t ruled incomplete. The Broncos got lucky against the Bengals in week 1, and followed that up with a strong performance at home against Cleveland. I think on the road it’ll be another nail biter. The Raiders looked good in their first game and lost, looked bad in their second game and won. I don’t know what to expect from their offense, but I have a feeling that their recievers that torched them last year, won’t have that same success this time around!

Did it make you jump? It made me jump, probably more because I hate snakes!