Color Me Purple The Nuggets are in the Playoffs

At the beginning of the season we made predictions on how we thought the Western Conference would shake out. By and I swung and missed on a few picks like the Clippers, Jazz, Warriors, and Rockets, but we were right about the easy picks aka the top 5 teams. I guess I did write that I wished I included Memphis on the predictions a month into the year, but that’s a moot point. Anyways, the season is nearing it’s end, and the playoff teams seem set, except for seeding. Seriously though, does it look like anyone will beat the Lakers in the west? I can’t say I feel like anyone will beat them, not even the Sonics who I feel like could beat them, but won’t. We all know deep down that the Lakers will be in the Finals no matter who they are matched up against in a week and a half. 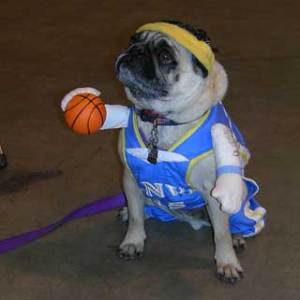 The real reason for this post was that the Sportschump was very adamant that we were horribly wrong for leaving the Nuggets out of the playoff picture. They secured a spot a few days ago, and look like they should be the #5 seed. I’m sure he’d be the first to admit that Denver has made the playoffs in a different way than he or anyone expected (without Melo), but nonetheless he was right and I was wrong. The Nuggets have been a very interesting team this season since the Melo trade. It’s weird seeing a team actually use 10 of it’s players every night. Especially since all are getting significant minutes in a guess who’s playing tonight game of musical chairs. Karl goes with the hot hand. If you’re playing well, you play 40 minutes. If you struggle, you’re only playing 15-20. It’s something you rarely see in the NBA, which makes them the anti-big three. They are all about the team over the individual. It’s a good reason to root for them in the playoffs, but if they end up playing the Sonics in the first round I guess I won’t be on that bandwagon…

I'm a dude that just hit 30 years old. Pretty much like everything that is funny, insightful, and has to do with the Warriors, A's, and Raiders. END_OF_DOCUMENT_TOKEN_TO_BE_REPLACED
This entry was posted on Wednesday, April 6th, 2011 at 12:07 pm and tagged with basketball, denver nuggets, NBA, Playoffs, predictions, Western Confrence and posted in Sports. You can follow any responses to this entry through the RSS 2.0 feed.
« Rooting For Ryo This Year…
Slow Out Of The Box »