Round One Goes To China

Alright, alright, you’ve probably seen this by now. But how could we resist with all the other Asians doing funny stuff videos we post. Of course when the story of Georgetown getting in a huge brawl with Bayi of China last night, everyone was asking the same thing: where’s the video? First a couple of still photos leaked, and then finally someone broke through the great firewall of China and got the video up. Actually, the Chinese government likely only allowed the video since it gives the impression that the Chinese team f*cked the other guys up. I’m willing to bet this footage is doctored. What we didn’t see is the Chinese guys probably threw a bunch of cheap shots leading up to this, and there may have been some punches landed by Georgetown that were left out of the final cut. But that’s how the Chinese powers that be work. Get used to it….

We haven’t really been on top of giving our readers very many funny clips lately, and when I saw this one today, I couldn’t resist posting it. We are fond of all things that come from Asia since three of us are Asian, and this guy in the clip had the spirit of the Panda with him in this race (literally), because that’s how a Panda would attack these hurdles too. I’m not sure if it was because he couldn’t jump or if it was some kind of special Olympics event, but whatever his reasons were for plowing through the hurdles, he brightened up my otherwise rainy and gloomy Monday. I couldn’t stop laughing when he knocked over the hurdle in the lane next to him right at the end making it so the other guy couldn’t even finish. As far as I can tell from homeboy’s celebration after crossing the finish line he must have won!!

Well, at least none of the players went into the stands, that would’ve been much more tragic. This was supposed to be a friendly exhibition game between China and Brazil yesterday, but there were no friends to be made on this night. It was slightly disturbing to see the fight fire back up by a cheap shot, but then again, that made the clip just that much better! I guess I’d be pretty pissed too if the refs blew a call in a meaningless game. I’m wondering if this is why Allen Iverson seems to be leaning towards playing in Turkey instead of China. Maybe he has gone soft from his gangster ways… 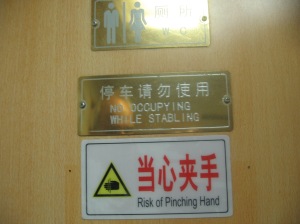 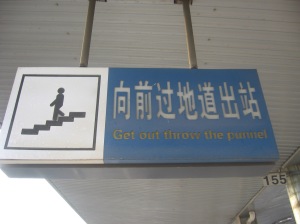 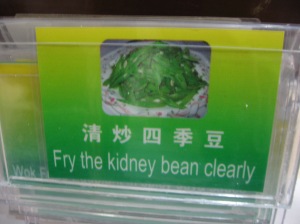 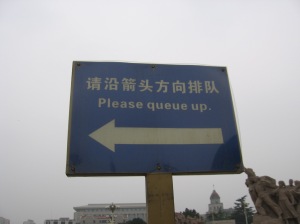 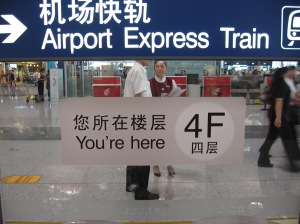 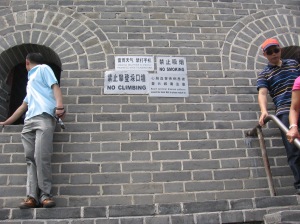 So, MCeezy and I have been in our homeland, China, for the last seven days, and have found it impossible to blog while we are here since, Doin Work, and basically every other blog in the U.S. seems to be blocked out from the 1.5 billion people in China to enjoy. I guess they found our posts about the up and coming Chinese ballers offensive or something. I scheduled a couple posts for while I was gone, because it was aticipated that this would happen, but really didn’t think that their internet censoring was quite as bad as this.  Anyways, here’s a few random snapshots from our trip so far, becuase it’s taking forever to get these up, I could only put up four of the pictures! We have caught tons of funny ass pictures of signs and other stuff that will be posted upon our return!

Chappy (Left) Mceezy (Right) Never seen a Beer Called Reeb, we and the family made it a running joke the rest of the trip...

We climbed Mount Ti, and all we found at the top was the Taian Kid... 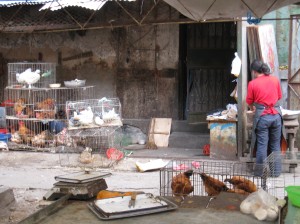 A serious food market, I tried to pay this chick ten yaun or $1.25 USD, to chop some chickens head off, and she completely cared (didn't) what I was saying and did it anyways. Missed the blood from the butcher knife in the photo, but a fun stop at the market regardless.

Hai Bau, the best mascot since WHATISIT, or IZZY the Atlanta Summer Games mascot. I think that they may have pulled off as good a knock off mascot as the Lkbers 24 Bryant Jersey we saw... 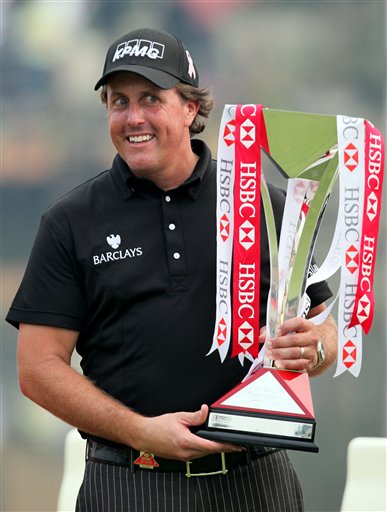 Lao Mi or Phil Mickelson won the HSBC Championship in Shanghai on Sunday, which was really Saturday here in America. Highlighted in Nanfung Daily was how Phil might be ranked second in the world, but he was number one in approachability. This comes to no surprise of the Americans, as we’ve always felt closer to Phil than Tiger. I just found it interesting that Tiger wasn’t more well received, since he is in fact Asian. I guess they aren’t that big on half Chinese. I figured that alone would win him a good chunk of the popularity vote. The paper cited how Phil would hang around and sign autographs, but Tiger would leave immediately. It also said good luck getting Tiger to acknowledge you even if you are one inch from him! Once again, we see that Tiger is just a machine, and probably is the one reason I still root against him to this day.

I think that's better than I could do!

In the end it was Laohu (Tiger) vs. Lao Mi (Phil), and Laohu only really had one good moment during the day sinking a birdie from about 14 feet away. He was constantly distracted by camera’s clicking during his backswing, and was quoted “I couldn’t wait to get out of here.” Phil on the other hand was giving the classic high-five to everybody that he walked by as he edged Els out for the victory by one stroke! Hopefully Phil is getting back on track after a disappointing season last year. His family seems to be okay, so now we’ll see if his focus goes back to the golf course!

Who Else Wants Our Chicken Feet?

CHICAGO (Reuters) – China and the United States are kicking up a trade war over chicken in which Beijing effectively has given the boot to millions of dollars worth of U.S. chicken, about half of which is chicken feet.

This action comes as Congress begins deliberating the 2010 federal budget for agriculture, which could extend a U.S. ban on imports of Chinese chicken products sparked by food safety concerns.

The ban has angered the Chinese and now, according to U.S. exporters, Beijing has halted imports of U.S. chicken, although officially China is saying imports are not blocked.

China is a huge market for U.S. chicken feet, commonly called paws, and bought 421,000 tons, or $280 million worth, in 2008, according to the USA Poultry and Egg Export Council, a trade group.

In China, paws are popular in soups, stews, and as snack items, but very few are sold in the United States.

Without the Chinese market, most of the paws will have to be processed into feed or other non-food uses, which brings less money to U.S. chicken companies.

BOO HOO.  China is retaliating over the possible ban on imports of chicken to the U.S.  Of course they are!  It’s the oldest trick in the book.  You don’t want our chicken?  We don’t want yours!  The ironic part is the U.S. doesn’t want chinese chicken because of safety concerns, yet we’re wondering why they don’t want our chicken feet anymore?  Chinese people don’t give a fuck, we’ll eat anything.  Most Americans wouldn’t touch a chicken foot, let alone ingest it. The good news for Asian-Americans: your next bowl of soup at your favorite chinese restaurant might be a little bit cheaper!