RFP of the Day: Matt Nokes

One of these things is unlike the others.

Tigers fans are probably cringing right now. Matt Nokes has got to be one of those names that just makes any Detroit fan shake his head. I may have been just a little whippersnapper in 1987, but I remember a pretty good AL Rookie of the Year race. Of course it would eventually go to my hometown hero, Mark McGwire, on the strength of 49 homers and 118 RBI. And first runner up may have gone to Kevin Seitzer of the Royals, but the guy I remember challenging McGwire for the trophy was Tigers’ catcher, Matt Nokes. Nokes was drafted by the San Francisco Giants in the 20th round of the 1981 draft. He spent a few years in the minors, made his big league debut in 85, went 11 for 53 and was dealt the following offseason to Detroit in a 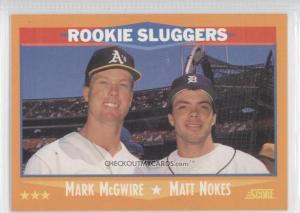 multiplayer deal that was essentially the swapping of poo poo platters between the Giants and Tigers. Nokes made just 24 plate appearance for Detroit in 1986, but then he broke out in 87. While batting .289, the Tigers new star player jacked 32 home runs and drove in 87 RBI, which earned him an All-Star berth, a Silver Slugger award, and third place in the AL ROY voting. He even got some clown to give him an MVP vote. The future looked bright for Nokes….. but it wasn’t. He never topped any of those numbers, and despite a slight resurgence in New York with the Yankees in 91-92, he never really made any noise. Those were terrible Yankee teams, so the numbers didn’t mean much. To be honest, I probably haven’t even thought of Matt Nokes in years. I was contemplating a feature on Glenallen Hill or Milt Thompson, and somehow I stumbled upon Nokes. Here’s to you Tiger fans! 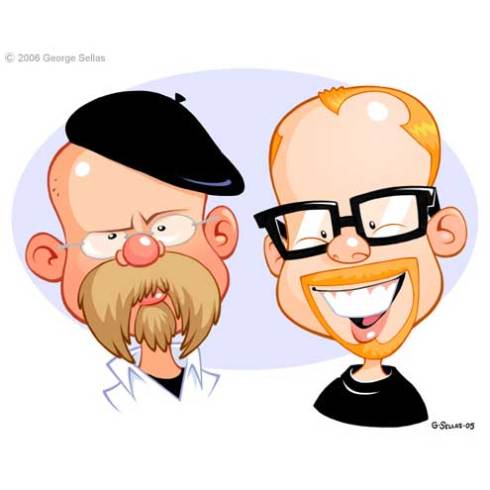 I’m not usually big on gushing about every new site I run across, but the NBAplaybook.com is the exception to that rule. I spent numerous hours on the site reading most of the myths that they busted. It might not be the site for you if you aren’t into basketball, but yesterday they broke down a subject near and dear to me on whether Stephen Curry and Monta Ellis can play together, which made me want to write a post to recognize this site. Obviously this matchup is a nightmare for any team when they are on offense, but can be exposed when they are on defense. Monta has backed off his original statement from last year which is refreshing, so hopefully the mythbusters are right and they can play well together. If you love analysis and overanalyzing things like free throws, footwork, and Dwight Howards post game, then you will love this site. Just be sure you have some time to read for a bit!