Washed Up or Blackballed? 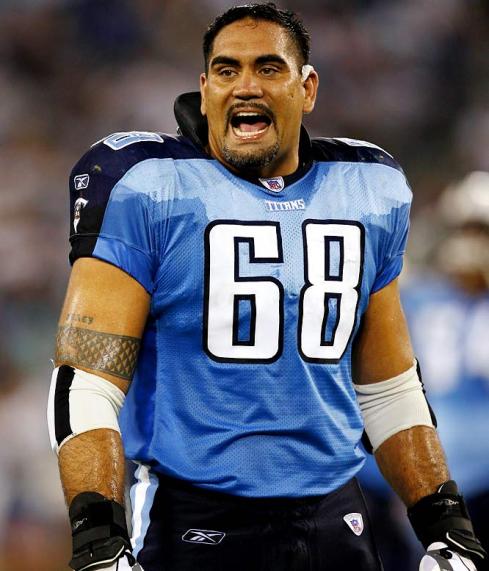 Kevin Mawae held down two jobs in the NFL last season, and it’s looking more and more like he will only be retaining one of those jobs for this upcoming season. At least he has one, that’s better than a lot of people out there right now, but he probably should have two still. The 39 year old center helped pave the way for Chris Johnson to break the 2,000 yard rushing last season for the Titans. He also doubles as the president of the players association, and is expecting the CBA argument to halt the on-field play for a portion of 2011. He stated last week that both sides are about 80 yards apart in negotiations, and won’t be anywhere close on agreeing to terms anytime soon, especially since they haven’t even met to discuss a new CBA in over two months.

It could be that NFL teams don’t want to pick up Mawae since he is pretty old, but given that he was the most highly touted linemen on the free agent market earlier this year it’s puzzling to say the least. He along with many others are speculating why no teams have submitted offers or really even contacted him for his services. What makes it even more peculiar is the fact that teams haven’t even called during this strange uncapped season. There’s obviously a need for him as not every team can be 100% sold on their center, and the Hall of Famer to be, was in the Pro Bowl last year, so he’s obviously productive. Even more strange is that he hasn’t even been invited to a single training camp to actually see what he has left in the tank. Was it his comment that the owners are trying to cut the player salaries by 20%? Not too many front offices took kindly to that statement. Some think that owners are shying away from him because he will be busy with negotiating the new CBA, but I’d call that BS.

I can’t tell you if he has lost a step or isn’t a good center anymore, because I’m not a scout or talent evaluator. The conspiracy theorist in me says teams are blackballing him. Even if some team’s excuses are about the tape from last season saying that he’s a “functional player at the back end of his career”. Didn’t he just help CJ to a record season? Last time I checked the center has something to do with that kind of running success. I’m sure blocking for the mobile Vince Young is no picnic either. If he’s functional, then why wouldn’t someone like him to fill out your roster? Especially for young linemen, they could draw from his amazing experience in the league. I feel for the guy if he’s truly being blackballed. I’m thinking a few injuries will happen, and a team will sign him on to fill in at some point this season, unless owners are trying to send him some kind of message. Here’s what he had to say on the whole matter.

Mawae pointed to one of his friends (and a fellow Bartelstein client), new Jets guard, Alan Fanaca, being released earlier this week and signing a deal with the Arizona Cardinals within two days.

“Not to take anything away from him … but something tells me there is something going on beside me just being 39 years old. I’ve said in the past that I hope our management and the owners look past the fact that I am president of the PA. But right now it’s not looking that way. I’m looking for a job. I’ve made no secrets about wanting to be back in Tennessee and I’ve yet to receive a call from anybody.”

I'm a dude that just hit 30 years old. Pretty much like everything that is funny, insightful, and has to do with the Warriors, A's, and Raiders. END_OF_DOCUMENT_TOKEN_TO_BE_REPLACED
This entry was posted on Monday, May 3rd, 2010 at 6:42 pm and tagged with 39 year old, CBA, football, free agent, Kevin Mawae, NFL, NFLPA, president, Tennessee Titans and posted in Sports. You can follow any responses to this entry through the RSS 2.0 feed.
« Sunday Slow Jams
2010-2011, The Return. »

4 responses to “Washed Up or Blackballed?”