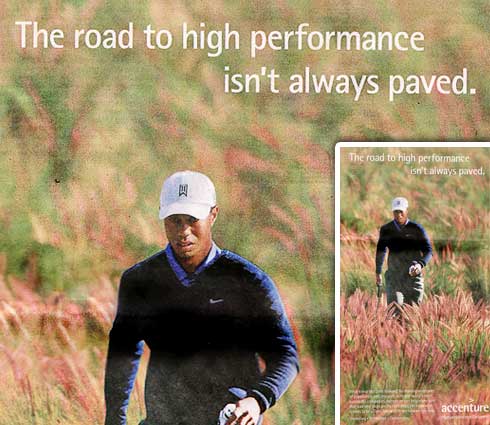 Well, it’s impossible to miss the news that Tiger crashed his car in a distraught state, and it’s been widely debated on what the dispute was over. There’s about a 99% chance it was a argument with wifey Elin that prompted Woods to speed off into a tree. Either way it’s been on every media outlet from CNN to TMZ, so we know the story! I guess I don’t care THAT much what happened or happens, but along with everyone else just mildly curios from a distance. It’s always exciting to see something great come crashing down, maybe it’s just the American way. We like to destroy things that were or are the best. Showing the public any type of mortality just gives us more of a reason to pick on him. Anyways, I wouldn’t have written about him, unless dyslexic e-mailed this picture over that reminded me, even Tiger gets OWNED every now and then!

I'm a dude that just hit 30 years old. Pretty much like everything that is funny, insightful, and has to do with the Warriors, A's, and Raiders. END_OF_DOCUMENT_TOKEN_TO_BE_REPLACED
This entry was posted on Monday, November 30th, 2009 at 8:15 pm and tagged with cameras, Car Accident, crash, domestic dispute, Ellen Nodring, florida, golf, owned, police, security, tapes, Tiger Woods, wife and posted in Sports. You can follow any responses to this entry through the RSS 2.0 feed.
« NFL Power Rankings Week 13
NFL MVP… Brees or Manning? (…or Favre, or Johnson, or Peterson?) »