By and I were fully on the Denard Robinson bandwagon when he  broke onto the scene a couple years ago. Since then, I haven’t payed as much attention to him, but this year he’s the third most likely to win the Heisman according to Vegas. It will be his final year at Michigan, so hopefully he keeps those electric plays coming since I’m not so sure he’ll make it in the NFL. Not only was this video pretty funny, but it sums up just how into sports us “die-hard” fans are. Something our significant others and friends may never truly understand.

Milwaukee We Have A Big Problem!

All I can say is, this clip below is not for the faint of heart. It gave me the O face with the taste of something sour mixed in. Bogut flopping flat on his arm might give me more nightmares than this chick.This pretty much kills the Bucks chances at making any kind of impact in the playoffs. Bogut finally played like he was worthy of that #1 overall selection, and now has this devastating setback. They are now a one and done team. Salmons can only do so much…

Sonicsgate, A Good Reminder of an Ugly Chapter in the NBA’s History 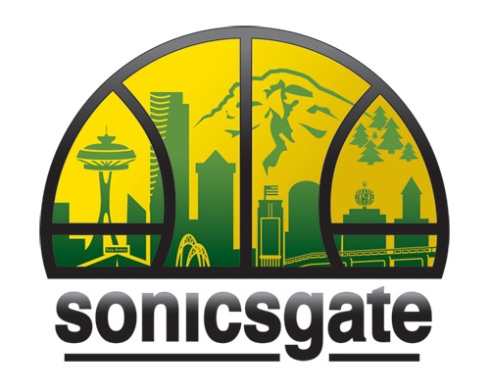 I hope Durant and Westbrook leave when their contracts are up, it's hard for me to NOT to root for them.

Sonicsgate: Requim For a Team is a great documentary for any true NBA fan! I found myself locked in within the first 10-15 minutes. It was a great recount of everything that was the Seattle SuperSonics, and the second half of the documentary is the final season and a horrific way to end a 41 year old franchise. It’s been little while since it happened, and my memories of it were starting to get a little foggy, so I’m glad this little refresher came out. It’s depressing for any fan of the NBA to see just how powerless we are over the future of our teams. It’s also very frightening how easily any owner like Clay Bennet can come in and hi-jack a team like the Sonics and transplant them in Oklahoma City. 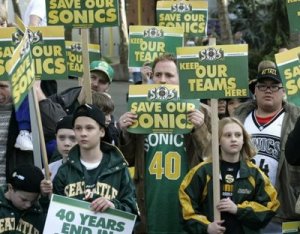 Save your time, Commissioner Stern and Clay Bennet weren't going to listen.

It just shows you how a few retards that have way too much money can ruin years and years of history in a great sports city. The league pretty much proved that it doesn’t even care what the fans want, which is even more sad. Not that I’m an expert about rooting for teams with competent management, but I couldn’t imagine going through an ordeal like they did, and hope I never have to.

Here are a couple of things from the video I forgot about; 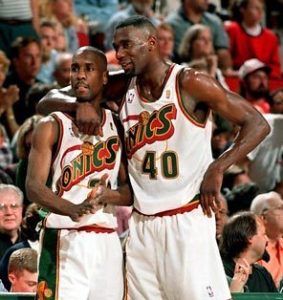 Too bad they had to reign in the Jordan era, they were a great duo.

Well, I’ve always thought freestyle walking was one of the lamest sports ever invented, especially when they came out with the shoes that the little plastic pieces on the bottom to allow you to slide down rails. I’m not sure if this guy IS in fact freestyle walking, but he REALLY needs to get a little more practice in!

Why Would You Upload This?

So, a couple guys go to the top of a cliff.  They’re sitting on the edge, waiting for the cameraman to catch them jumping off.  The stage is set, the cameras rolling…. and nothing happens.  Good enough, maybe the next clip captured the jump.  However, this is the video that was posted.  Why?  I have no clue.  What could they have possibly been trying to accomplish by uploading this to youtube….