Can the NFL Survive a Blow From the Recession?

I wrote my plea for the NFL to change the Blackout rule, because it’s robbing the fans of seeing the home teams play, and further detaches the fair weather fans and people that happen to move to a new area that features a franchise. The NFL is holding it’s cards close as they insist they aren’t in bad shape financially, and are recession proof. A report from Forbes came out today that showed the NFL was telling a half truth, as they are okay, but the future is fairly uncertain. Their $1 billion in equity plus debt average among the teams has not changed. The bad part of the report was that eight franchises declined in value for the first time in 10 years! Not surprisingly my Raiders were the worst on the list decreasing 7% from last season, and as of now the Lions are even worth more than them. There were good playoff teams on the list that declined as well including the Colts(-5%), Dolphins(-3%), and Falcons (-2%). The factors that the findings were derived from were; the decline in people who could afford to purchase or invest a franchise, lowered revenues and lower revenue expectations, and the tightened credit markets.

The all powerful NFL isn’t too worried that a quarter of their franchises that have dropped in value as they get huge revenues in the $7 ½ billion range for all their assets. Their TV deals with ESPN, NBC, CBS, FOX, and Sunday Ticket on DirecTV alone give teams a whopping $116 million per year. Facing obvious challenges in the near future the NFL extended their TV contracts recently for two more years through 2013. The drawback to the agreement was that there was a very low 2% increase per season. The real problem for the NFL looks to be the new collective bargaining agreement that was supposed to go through 2012, but the owners voted unanimously to opt out at the conclusion of the 2010 season. Many owners have complained that they’ve had to spend over half their revenues to pay the players, and when there are jackass’s like Michael Crabtree out there squabbling over his contract it all becomes clear why their gripes are justified. Who knows by the time Crabtree gets a contract there could be a lockout, one more bad reason for players to holdout. I still can’t fathom how players are worth millions before they take one snap as a pro. Next year for the first time since 1993, the NFL will play without a salary cap.

This sounds like an instant lockout by the owners, if this is allowed to happen. I doubt too many owners will be thrilled to compete for players against teams that turn the most profit like the Redskins ($90 million), Patriots ($70 million), and Buccaneers ($68 million). I guess Tampa might fall off this list as they are due to be one of the teams this season that could not sell a home game out, and fall under the retarded blackout rule. They once had a 100,000 person waiting list to get season tickets, but those days are long gone as they hope to fill up the stadium for eight weeks out of the year.

We will see what happens, but you can bet that the NFL isn’t ready for what is coming. I have a feeling that they are under estimating their worst case scenario, and shouldn’t be telling the public that everything is all good and happy times. Goodell is good at doing the PR through as his sleazy car salesman act has fooled me from time to time. I hope it doesn’t stoop to the NBA’s depths, which I wrote about a couple months back. If teams are close to bankruptcy, and are having to borrow money I’ll be the first to say I told you so. I know with the recession comes cutbacks by everyone feeling the wrath of the mighty economy, and that translates to a lot more empty seats, which keeps snowballing as a lot less concessions are being bought. I’m sure that in these unforgiving times less people are willing to pony up the money for that ridiculous DirecTV Sunday Ticket package. If people can’t afford tickets, then we can’t even watch our favorite teams on TV from the blackouts. Looks like we’ll have to suffer as we watch the Giants, Jets, Patriots, Redskins, and Cowboys during our blacked out games. I’m already depressed thinking about having to watch Romo and Eli more than they were regularly scheduled!

It’s looking like the NFL is about to see some hard times of their own due to the economy. Everybody knew it was coming, and we are seeing the first signs of it as there are 10 to 12 teams that may not sell out every game. This would mean mass local blackouts on TV broadcasts for many supportive fans.

Last season there were only three teams that didn’t sell out games and not surprisingly the list was Oakland, Detroit, and St. Louis. They combined for a total of nine blacked out games last season. I can’t blame any of the fans for not going to those games though, especially since I’m a Raiders fan and value paying to see them as much as going to see “Thunder from Down Under” for a bachelor party in Vegas. Despite the fact that there are about one third of teams finding it difficult to sell out, the blackout rule will stay in effect for it’s 37th straight year. The Jaguars have stated that they may not even sell out one home game all season. Sorry Jacksonville fans, you have to sign up for Direct TV and pay an extra $200 just to watch your local team for those eight games.

Tim Keown explored the reasons why the blackouts are out dated, and only hurt the league. I fully agree, as it deters possible fans that would have to watch the locally televised games. Many times a casual fan that lives in the area is exposed to the local team to the point where they start to follow them. I’ve had that transformation since my move to Southern California about three years ago. I used to root mildly for the Giants as a Northern California resident, but without being able to watch them, I now root for the Dodgers since I see them on TV nearly every day. I definitely never thought that I’d say four years ago when I was living in Northern California surrounded by that media market. 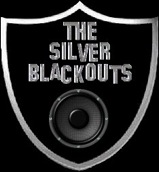 Don’t get me wrong, I’m not a fair weather fan, I’ll always be a fan of the A’s, Raiders, and Warriors which sholuld say enough looking at their track records this past decade. I’ll root for all the Oakland teams no matter where I live, but every sports fan has “other teams” or man crushes on a certain players so we follow them. If they’re in the local media market, they are certainly going to be watched. That won’t happen if eight of a teams games are being blacked out. How can anyone get attached to a player or team that isn’t shoved down your throat? It won’t happen, and that’s why this rule that’s older than Al Davis needs to be changed.

Sometimes we’ve been saved from these blackouts by local companies that will buy up the rest of the tickets, so that the game can be televised. In these uncertain economic times it’s much less likely that companies are going to open up their wallets to get a game televised. Teams that have had no problem selling out all their tickets in the past like the Cheifs, Dolphins, and Jets are struggling to sell tickets, and have noticeably ramped up the promotions to get people out to the games. San Diego, Miami, and Minnesota are on the list of teams that might not sell out all their tickets, and they were all playoff teams last season. If I was jobless, and couldn’t watch my team play on their way to a playoff run I’d be mad. The NFL is still in great shape either way financially, so why not give the fans a break. It’s bad enough that the fans are asked to spend taxpayer money on the ridiculously large stadiums, and they expect people to be okay with them not being on their local programming!

Goodell is too smooth of a talker to be able to trust!

This quote pretty much sums up how much Goodell and the NFL care about the fans that support the game and teams of their home towns.

Sean McManus, president of CBS Sports and CBS News, said last week that NFL Commissioner Roger Goodell told him that “he is not going to make any major adjustment to a rule that has lasted a long time just because of a short-term economic problem.”

When asked if CBS had concerns about blacked-out games, McManus said, “I don’t think there is any way they are going to change it, so it is pointless to talk to them about it.”