As I was watching the Tigers put up some runs on CJ Wilson today, it hit me, I genuinely hate the Rangers. I hope anyone BUT them wins the World Series. I guess I had so much respect for my favorite A’s coach over the past two decades, Ron Washington, that I was blinded that they were in the same division as my favorite team and was inexplicably rooting for them to succeed. I can comfortably say the A’s are now under the Curse of the Wash, and I’m no longer rooting for the Rangers to do anything good ever again. Under Nolan Ryan, they’ve been a well run organization that makes solid decisions with trades, signings, and draft picks (sucks, sucks, and sucks). I’m guessing there’s a little jealousy mixed in there. My disdain for CJ mostly came from his comments in August about how A’s fans suck, and that was the tipping point. Since then I’ve been rooting for injuries to the guy, and I can’t say that about many. Especially since he’s one of the main guys helping keep Hamilton off the junk. 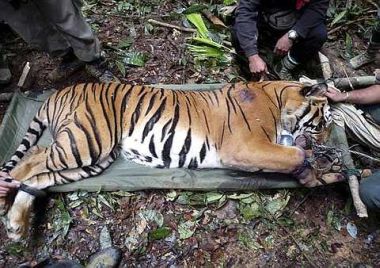 All hatred aside, I honestly don’t see the Tigers being able to win the next two in Texas to take this series. They have a ton of injuries, and even home run swings are painful at times. They seem to be hanging on by a thread every inning as the Rangers constantly have men in scoring position, but one can only hope that Texas collapses and they slowly get labeled playoff chokers. If the Tigers can get to Fister for a game 7, you never know what can happen. He shut them down the Rangers offense in game 3, but I’m not entirely sure he can duplicate that in Arlington’s launching pad of a park even though he’s a ground ball pitcher.

The bottom of the 6th was the most enjoyable inning of game 5, which started with a single by Raburn. Then Miguel Cabrera bounced one off third base which went over Beltre’s head (who used Oakland’s offer as a bargaining chip this off-season) gave me a little feeling of vindication for shunning us. V-Mart’s triple was pretty solid, but the one that really got me going was Delmon Young’s second homer of the game. Maybe it’s also a little because I said the Tigers wouldn’t be where they are without Delmon about a month ago, but watching the Rangers miserable inning made me happiest I’d been all playoffs. I wasn’t sure what my point was when I started this post, but if it gave you any reasons to root against the Rangers, I think I did my job!

I'm a dude that just hit 30 years old. Pretty much like everything that is funny, insightful, and has to do with the Warriors, A's, and Raiders. END_OF_DOCUMENT_TOKEN_TO_BE_REPLACED
This entry was posted on Thursday, October 13th, 2011 at 6:33 pm and tagged with Baseball, CJ Wilson, Delmon Young, detroit tigers, hate, MLB, Ron Washington, Texas Rangers and posted in Sports. You can follow any responses to this entry through the RSS 2.0 feed.
« When I’m Wrong I Say I’m Wrong….
Doin Lines Week 6 »