The Curse of the Wash! 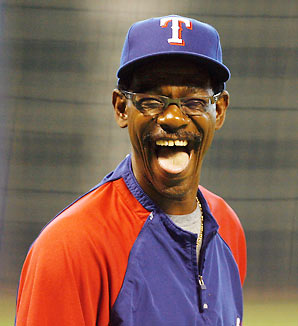 With the A’s clearly on their way to another losing season, I’ve tried to figure out what is wrong with them for awhile now, but nothing seems to make sense. This has been one of the least fun A’s teams to watch, especially since they are constructed to win now, as far back as I can remember. Their defense is horrendous kicking around 56 errors so far this season. This definitely isn’t helping the confidence of the plethora of under 24 year old pitchers they are throwing out there on a nightly basis. It got me wondering how we got to the point where we just keep tallying the loss column. This year I blamed it on the signing of players that are past their prime and “the trade” (Holliday) which hasn’t panned out so far. So now, I have to boil it down to where everything started going wrong. Aside from their last playoff run under Bob Geren, he hasn’t kept the team competitive.

I watched the Macha era, and he is about as boring of an interview as you’ll hear, but it seemed like the team was having fun playing for him. Maybe they overachieved for some of those division title years, but they always looked like they were having fun and were battling every game. This year’s team doesn’t have that same feel, they have the feel of the Bonds era Giants clubhouse, and rarely give me the feeling that they will come back when they are faced with any adversity in a game. I’ll attribute their downfall on two areas that sunk them: the fun and loose clubhouse, and the loss Ron Washington 2006!

Ron Washington resided with the A’s from 1997-2006 as their 3rd base and infield coach. He was credited for transforming many players, including six time gold glover Eric Chavez, into the defensive players that you expect to make every play.

He was well documented in Moneyball for the role he played in transforming Scott Hatteburg into a serviceable first baseman. He’s an old school type coach, that preaches his philosophies with many examples and details. Wash wasn’t just the infield coach to the players, he was a mentor and the soul of the team that kept them loose all the time. In years past I didn’t worry about defense, because I expected them to make every play, even the tough ones! Instead of getting hired as the head coach, which I lobbied for heavily, he was picked up by the Rangers, and we hired Bob Geren.

When you lose a coach of Washington’s status from a leadership standpoint,  it doesn’t matter who you sign in the offseason, or what savvy decisions you made to get some young prospects if there’s nobody helpful coaching them.

His time with the Rangers started rocky, but he has changed the culture there, as they are now in a tie with the Angels for first and on a five game winning streak replacing the lackluster A’s squad in the perennial  divisional battle with the Angels. It was either the A’s or Angels who has won the division since 2002, but this year Texas looks to change that. The Rangers have never lacked talent, they just lacked a guy like Wash to make them realize that they could win! The Rangers look like a loose team having fun, and playing well every night. Sound familiar A’s fans? It should! We gave away the most constant thing we had over our run of six winning seasons making the playoffs most of those years.

When the season mercifully comes to a close, I hope the A’s first order of business is to find a new Manager. If it isn’t, then I hope it’s because they are finalizing our new stadium deal. Since that second scenario will never happen, I’m praying for the first. If it isn’t then this will not be the last you will hear about the The Curse of the Wash!

I'm a dude that just hit 30 years old. Pretty much like everything that is funny, insightful, and has to do with the Warriors, A's, and Raiders. END_OF_DOCUMENT_TOKEN_TO_BE_REPLACED
This entry was posted on Monday, July 6th, 2009 at 9:58 pm and tagged with Baseball, billy beane, Bob Geren, gold glove, ken macha, Managers, MLB, moneyball, Oakland Athletics, Ron Washington, Texas Rangers and posted in Sports. You can follow any responses to this entry through the RSS 2.0 feed.
« Big Night In Boston!
Thoughts on Oguchi Onyewu’s Move to A.C. Milan »

9 responses to “The Curse of the Wash!”