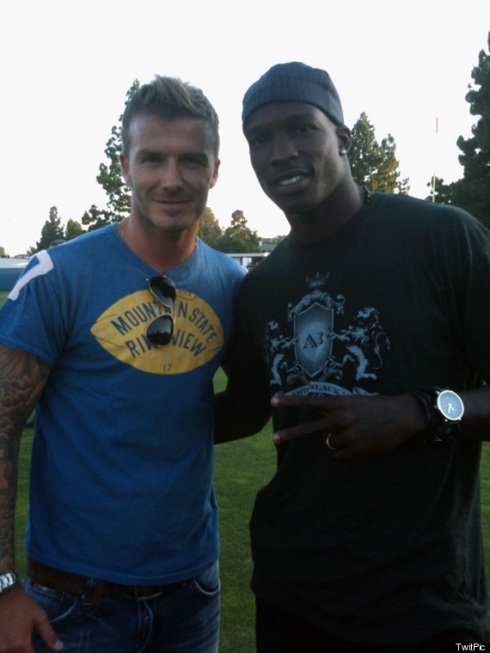 Back in the beginning of February you may or may not remember my post predicting that between the two lockouts in the NFL and NBA we might see the return of the “two sport athlete”. Low and behold a month and a half after writing that post, Chad Ochocinco decided he wanted to follow his true passion, playing soccer!?! It could just be another one of his publicity stunts, but now that a player is actually going to tryout for a MLS team it might get some of the other NFL players thinking about sports that they were good at growing up. His tryout for the Kansas City MLS team is next week, and will last four days. At the end of the tryout, he will either be joining the team, or be cut. I don’t know a lot about soccer, but Ochocinco sounds like he could be good if he can outrun everyone, but then again, it’s really hard to take him too seriously with anything he does. Here’s a couple of his thoughts on his soccer game;

“I played soccer before football, and I was good. That’s where I get my quick feet, my feet are unbelievable. There’s not one person in soccer right now that would beat me running, that’s including Lionel Messi.” said Ochocinco.

Speaking of the NFL lockout, last night Jimmy Kimmel had his Cousin Sal hit the streets to find out the people’s thoughts on the lockout including a Candian’s point of view. I found it comical enough that it was the perfect video to post after talking about Ochocinco, because some of these questions and answers are as ridiculous as Ochocinco himself!

I'm a dude that just hit 30 years old. Pretty much like everything that is funny, insightful, and has to do with the Warriors, A's, and Raiders. END_OF_DOCUMENT_TOKEN_TO_BE_REPLACED
This entry was posted on Wednesday, March 16th, 2011 at 2:05 pm and tagged with chad ochocinco, jimmy kimmel, MLS, NFL Lockout, two sport athlete and posted in Sports. You can follow any responses to this entry through the RSS 2.0 feed.
« NBA Refs Gone Wild
Goodbye Arco »