Seriously, What Is This Move Called?

We’ve all seen it. Any time someone in any sport does anything good, he and his teammates resort to this move. I don’t know what it’s called, do you? I’d like to call an official Doin Work “Name That Move” poll. I’ve nailed this playing shuffleboard, but we need a name for it. Help us out…..

Not Even Billionaires Get Everything They Want… 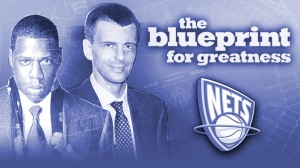 Last year I was ready to enslave myself to billionaire Larry Ellison, because I thought he’d be the best option as the Warriors owner since he had money to spend, and could go into the luxury tax without thinking twice. What I didn’t really think about was how much time he’d actually spend on this team to improve them. Granted we haven’t seen what Lacob-Gruber ownership group can really do, but one thing I’m positive on so far is that they care about winning. They answer questions from bloggers, they go to most of the games, and they explain why they signed or released player X. I think these guys understand the business of basketball, and what it takes to build a winner. Whether that will actually happen remains to be seen, but it does feel like they have a REAL plan opposed to every other year that didn’t involve Mullen as our GM. Would Ellison have been as accessible as the new group we have? Would he have been sitting courtside? I can’t really say he wouldn’t, but if your worth a billion dollars you probably are more busy than millionaires.

What got me thinking about this was Mikhail Prokhorov’s rambling last night about how they were going to get out of the Carmelo trade talks. Not really shocking since there was no way Melo was going to sign his three year extension to play in NJ. Like Cali4Dre said Melo’s probably pussy whooped, and he’ll follow his ladies demands and make the move to NY when he’s a free agent. I honestly think the Russian was just trying to save his team from a little embarrassment since he had to know deep down if he flew his billion dollar ass to Denver, Melo would just let him down, and he’d look weaker than ever. Something I’m sure no billionaire is used to. What if Jay-Z went with him? The only thing I could see Jay-Z contributing is if he said he’d only rap about Melo for any basketball reference in his songs… Can’t say that’s a deal maker. END_OF_DOCUMENT_TOKEN_TO_BE_REPLACED