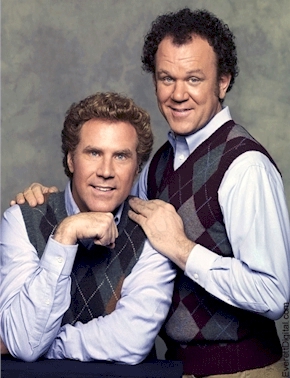 While the Suns continue to fight for the lives against the Los Angeles Lakers, few people have noticed that this Phoenix squad is really just a collection of less talented brothers. You may know about Robin Lopez and Taylor Griffin, brothers of better players Brook and Blake, respectively.  But few people realize that all of the players on the team have more talented brothers. Let’s take a look at this….

Jason Richardson – Brother of Four-time All-Star Michael Ray Richardson.  Sure, he’s about 20 years older, but they’re brothers. Michael Ray led the league in steals four times and assists once. He may not have as many DUIs or DVs as J-Rich, but he could take him in a dunk contest.

Amare Stoudemire – Brother of former Arizona standout Salim Stoudemire. Salim may not have the NBA resume that Amare has, but we all know who the greatest Stoudemire to play in Arizona is.

Channing Frye – Brother of NFL quarterback Charlie Frye. They may not look related based on their skin color, but once you hear Channing talk, you’ll see the resemblance.

Jared Dudley – Brother of former NBA great, Chris Dudley. Jared’s making a name for himself this postseason, but Chris is the one who paved the way for Dudleys in the NBA.

Grant Hill – Brother of Thomas. Grant has the NBA credentials, but Thomas will always be the king of the Hill as far as Duke fans are concerned.

Alondo Tucker – Brother of former USF standout Darrell Tucker. Unfortunately, Alondo plays like a power forward in a guard’s body, while Darrell played like a guard in a power forward’s body.

Steve Nash – Brother of Graham Nash. Steve may be a better baller, but Richardson, Hill, and Stoudemire have nothing on Crosby, Stills and Young.

Let's Go Oakland....clap, clap, clap clap clap END_OF_DOCUMENT_TOKEN_TO_BE_REPLACED
This entry was posted on Tuesday, May 25th, 2010 at 7:17 pm and tagged with basketball, brothers, NBA, phoenix suns and posted in Sports. You can follow any responses to this entry through the RSS 2.0 feed.
« Does Anyone Care Where the Super Bowl Is Played?
Jack vs. Tiger »