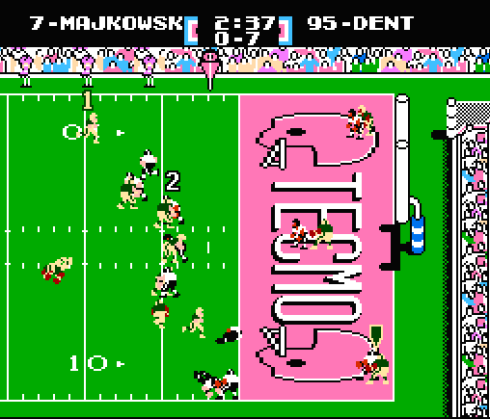 I finally had a good week, going 4-2. I didn’t think it was ever going to happen, but I knew the odds had to even out a little eventually. Sad part is I’m not sure what I did right last week, so it might be impossible to duplicate. Either way, I kind of hope I do bad this week to get all the bad luck out of my system, because I’m heading to Vegas next weekend, so I should save all that luck for when I’m there. Here’s to going 0-5 this week, ohh yeaaa!!

I can’t complain much about a .500 weekend in picks, I’ve definitely fared worse.  Coming into this week, it still baffles me how the 49ers are considered favorites almost every week.  It’s like the odd makers are just giggling in a back room somewhere, saying, “Could we actually get away with this, again?”  Fool me once odd makers, and shame on you, but fool me four times!  Well, as far as this week is concerned, I’m unsure where to find an edge when making a selection, as the slate of games on tap are tough to say the least.  So I’m going straight to the belly, and doing gut feeling picks.  Here goes nothing.

Chappy picks St Louis (-3). You never really know what you’re going to get from week to week from the Rams. They play well and beat teams like the Chargers and Redskins, but then get blown out by a team like Detroit. Carolina on the other hand just doesn’t show up, and if I played for them, I’d question playing hard too. Why beat yourself up when you know you’re going to lose? The Panthers just make it impossible for me to pick them under any circumstance. The Rams will go into their bye week on a positive note with convincing win!

By picks St. Louis (-3): David Gettis looked like Randy Moss circa 1998 against the 49ers last week, enough so that I swooped him up in one of my fantasy leagues.  What I failed to remember is, the 49ers suck.  Matt Moore is a decent QB, but I don’t see a repeat performance against the Rams this week.  St. Louis isn’t exactly the team to beat in the “NFC Weak” division, but then again, who is?  A win here, coupled with a Seattle Seahawks’ loss, and the Rams are in good position.  Steven Jackson looks like he’s back, and he’ll be the difference maker in this game.  Rams by 10.

By picks Green Bay (+6): Aaron Rodgers has cooled off as of late, but has he really?  In each of his last three games he’s hovered around 300 yards passing, with a 1-1 TD/INT ratio.  Now, those aren’t godly numbers, but I know plenty of teams who would chalk those up as great games by their QB.  One of those teams is flying to London.  I guess what I’m saying is, the Packers’ are getting by on below average games from their star, and I just have a feeling that Rodgers will break out soon, as in against the Jets’ stingy defense this week.  The Jets are at home, and I have them winning this game, but 6 points seems like a lot to cover for me. 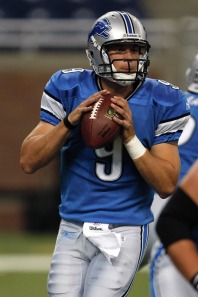 Chappy picks Washington (+2.5), I’m not sure why, but Washington keeps getting my endorsement a lot these last few weeks. The Lions are coming off a bye week, and get their franchise QB Matt Stafford back. I think that’s actually why I’m picking Washington. If Shaun Hill was still at the helm, I’d consider taking the Lions, because he was a certified stud out there. I doubt I’ll be watching this one, or even care what is going on besides the final score, but Washington just feels so right!

By picks Miami (+1.5): Miami was one horrible call away from upsetting the best team in the NFL.  Now they’re matched up against one of the most over rated teams.  I like Miami’s chances.  The Dolphins’ need to establish some sort of running game though, like an old school one at that.  The Wildcat set is no longer catching teams off guard.  Luckily for the Fins, Cincinnatti’s not the best at stopping the run.  As far as the Bengals, OCNN should report that Chad’s checked out of this season, and won’t mentally be back.  TO is holding his own, but despite not much dysfunction out of Cincy, they’re just not good.  Miami by 7.

Nice of you to finally show up Dwayne!

By picks Kansas City (-7.5): The Chiefs are kind of for real.  I didn’t want to get too excited about them, and have them end up being this season’s rendition of the 2009 Denver Broncos, but I think we’re past that now.  Finally, Dwayne Bowe has arrived, giving the Chiefs a threat to spread the field with.  He’s had back to back games with 2 TD’s, and because the backfield of Thomas Jones and Jamaal Charles is so explosive, Bowe will continue to get his opportunities to go deep.  Buffalo is in the running for the worse team this season, and honestly, making them 7 & 1/2 point dogs because they hung with Baltimore is too little.  KC wins by 17.

Chappy picks Tennessee (+3). Just listening to the chatter in SoCal there is NO confidence in these Chargers. A lot of my friends are already giving up on the season, and rightfully so the way they’ve fallen behind early in nearly every game. It feels good to see them struggle after dominating the West for so long. I’m still overjoyed that they decided to extend Norv Turner’s contract so this mess can keep repeating itself! SD has turned the ball over 18 times this season leading the AFC. If they want to have any hopes in this game they can’t give the highest scoring team in the league (28.4 ppg) the ball any extra times. I see a wild shootout going down, and the Titans will be the last man standing. 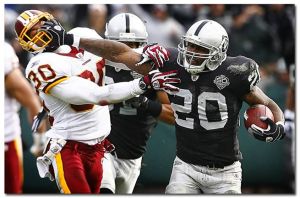 By picks Oakland (-3): The Coliseum will be going nuts, when the Raider Nation welcomes home their Oregon Ducks!  Well at least it seemed as if they were the Ducks, the way they ran up the score board on the Denver Broncos.  Darren McFadden went from a questionable start, to a freaky, scary performance, in which he literally had his way with Denver’s defense.  I guess he’s in the Halloween spirit.  I’ve said this all year, but the Raiders are better than what their record suggests, and more importantly, they’re still in this thing.  No let down here against an iffy Seattle team, Raiders by 13.

Chappy picks Oakland (-3): It’s tough to take the Raiders two weeks in a row, since recent history has proven they will fall on their face when trying to start a winning streak. If this game was in Seattle, I think I’d take the Seahawks, but the way Oakland opened a can last week has to motivate them to do it again. If they had a most improved player award, I’d say McFadden would be a front runner for the award! Hopefully they can pull out another big win before thier bye week.

Chappy picks Pittsburgh (+1). They got lucky as hell in Miami, but I still think they are the best team top to bottom in the league. With Big Ben back it looks like Mike Wallace and Hines Ward are catching fire any given Sunday. The Saints haven’t looked like themselves lately, and even though they get Bush and Thomas back (supposedly), I think the Steelers can contain whatever they end up throwing at them. If the Saints win here, they’d have a huge boost and make me a believer in them again. I don’t see that happening on Tomlin’s watch. Steelers limit their mistakes this week, and create a couple Brees turnovers.

I'm a dude that just hit 30 years old. Pretty much like everything that is funny, insightful, and has to do with the Warriors, A's, and Raiders. END_OF_DOCUMENT_TOKEN_TO_BE_REPLACED
This entry was posted on Thursday, October 28th, 2010 at 9:37 pm and tagged with football, lines, NFL, picks, predictions, preview, vegas odds, week 8 and posted in Sports. You can follow any responses to this entry through the RSS 2.0 feed.
« Doin Western Conference Predictions
Saturday Wake Up Jam »