Are you Waiting for Your Team’s June Prospect to Get Called Up? The Super-2 Rule is Holding it Up!

With the A’s sputtering over the last couple weeks, I’ve wondered why they haven’t called up their big hitting prospects Michael Taylor and Chris Carter to inject some power and life into the lineup, alas, I keep hearing wait until June. Same goes for fantasy enthusiasts wondering why the hell Strasburg isn’t called up to the MLB yet, since he’s been dominating the lower levels, and has looked ready since the first pitch he threw in AA ball. Maybe you’re wondering when your Pirates prospect Pedro Alvarez is getting called to the show. The answer keeps being June. Why June? Simply put, money. I’m not buying the argument that the Nats are bringing Strasburg along slowly; it’s a big load of BS. What teams are truly concerned about, is their bottom line, and if these players make an impact and never go back down to the minors they will have to pay them. Teams don’t want their “top prospects” being good enough to earn the “Super 2” status. What is the difference between being a super 2 and a normal player you may wonder? The ESPN’s and MLBTV’s of the world have failed to clarify it for me, so I had to do a little research to find what it truly means, and now that we have a blog I figured I should clear it up for our readers as well.

These two guys will be called up at some point this year, and the A's are in desperate need for some powerful bats in the lineup!

The difference between a Super 2 pay scale and a normal rookie pay scale isn’t huge, and can be explained in one simple comparison. Adam Jones didn’t make Super-2 status this year and is making $465,000, because the Orioles waited to call him up. Carlos Gomez is a Super 2 and is getting paid $1.1 million this year, because he started his career on opening day whereas Jones did not. It might not be a huge difference right now in terms of a teams’ overall payroll, but that amount is a big deal when a player is up for their arbitration eligible years (Super-2 is eligible close to a year earlier), and their future salary increases (deemed by the players union and organizations). That difference of $650K will add up to a lot of money over time with their constant salary increases as their performance increases.

This is basically why Stephen Strasburg isn’t at the big league level yet, because the Nationals don’t want him to qualify for the early arbitration (Super-2) eligibility making him much more expensive sooner in his career. Remember two years ago when Ryan Howard got around $12M per year in his arbitration? It seemed like a ton of money, but at the same time he was well worth it. Same thing could happen for Jayson Heyward during his third season if he is what everyone thinks he will be. The difference between Heyward and Strasburg, is that since the Nats have decided to wait until June, they will get an extra year out of him before he qualifies for the “big money arbitration”. Supposedly Strasburg is going to be making his first start on June 4th. 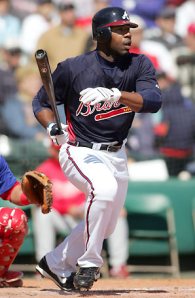 2 for 2 in walk off chances, they made the right choice by starting him in the bigs this year!

So what is the Super-2? The Super-2 is designated for the top 1/6 (17%) of the players in their first two to three years of MLB service. Essentially the best players will be rewarded arbitration earlier than others that aren’t as important of a player. The cutoff for the Super-2 has ranged from 2.13 to 2.14, which means 2 years 130 days or 2 years 140 days of MLB service. There’s really no way to tell what the cutoff will be in 2012 when Heyward and Strasburg will be eligible, but holding Strasburg out for the first 61 days of the season this year will likely keep him out of Super-2 eligibility, thus the reason why he should be coming up around June 4th or 5th.

Let’s jump over to the Giants for a second. Their up and coming catcher that many in the Bay Area want to see called up, Buster Posey. He was in the league for 33 days last year. So if he is called up and they are trying to avoid the Super-2 status he wouldn’t be able to join the team until July. Is this wise? Maybe, the Giants could have held Lincy back instead of having him start his career in May of 2007, and would have saved them close to ten million or more over his arbitration years (2010-2013).

These are the tough decisions that teams need to make behind the closed doors. Is keeping a player down because he might be a Super-2 a bad idea? It’s assuming that once the player is called up he will never get sent back down to the minor leagues, but if they are that good, don’t you want them helping your team!?! Not caring about my teams financial status, I’d say bring them up! 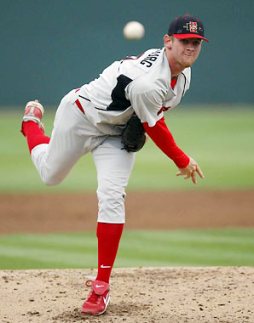 Another risk is that what if the Nationals miscalculate with Strasburg and he winds up being a Super-2? Shouldn’t they have had him in the rotation all season? I will have a pretty good laugh if they end up missing the wild card by a game or two! Plus, he’d draw more fans in, and would gains some real experience. Striking out minor leaguers when he’s obviously ready, isn’t helping him develop in my opinion. In all honesty, before I go to any game I want to know who is pitching, and if Strasburg was on the mound, I’d probably be more likely to go.

I think that teams over analyze the rule, and should just call them up if it’s painfully obvious that they will be successful or the team desperately lacks in a certain area. I like how the Braves did it with Heyward, the Mets did it with Ike Davis, and the Cubs did it with Starlin Castro last week. If they are ready call them up, and see what they got!

I'm a dude that just hit 30 years old. Pretty much like everything that is funny, insightful, and has to do with the Warriors, A's, and Raiders. END_OF_DOCUMENT_TOKEN_TO_BE_REPLACED
This entry was posted on Friday, May 21st, 2010 at 4:39 pm and tagged with arbitration, buster posey, chris carter, eligibility, Ike Davis, Jayson Heyward, michael taylor, MLB Rules, pay scales, Pedro Alvarez, Players getting called up, steven strasburg, Super 2, Why June and posted in Sports. You can follow any responses to this entry through the RSS 2.0 feed.
« Mikhail Prokhorov Says The Right Things
Free Roy Oswalt »

12 responses to “Are you Waiting for Your Team’s June Prospect to Get Called Up? The Super-2 Rule is Holding it Up!”