Scary Words, The Raiders Are On The Clock…

Hey Darth, who had the fastest 40-time at the combine?

The draft is fast approaching, and there’s no telling who the Raiders will pick. It’s no secret they need help on both front lines, but will they address that? Probably not, and even though some experts have made their predictions on who we will take, is there really anyway to really know what Al is thinking!?! Unless I hear it straight from his mouth, I will be skeptical until it actually happens. The Raiders have always been a team that likes to take chances, and this decade’s first round draft picks for Oakland have been nothing short of surprising more often than not. I won’t sugar coat it, our first round picks have been a joke during our decade of downward spiral. Aside from Asomugha, the first round picks just don’t seem to work out whether we went off the radar or picked who everyone thought we should or picked the right guy based on internal experts projection (Al). I still have some hope that DHB and D-Mac will be a factor. I’m not holding my breathe though, since Louis Murphy looks like a better receiver than DHB, and when called upon, Michael Bush, seems to be more steady than McFadden. Both Murphy and Bush were 4th round selections, so maybe we should just trade our 1-2-3 picks each year, and go straight for that fourth round! If you discard those last two draft picks from the equation, since they are too young to call busts. We’ve only had two picks over the last decade that truly worked out, Charles Woodson (98) and Asomugha (03). I guess we could call Janikowski successful, but is taking a kicker in the first round really justifiable?!?! Not really, because I’m sure we could’ve still gotten him in round 3 or 4. The Raiders always get murdered in the media for the usually shocking players they take in the first round, similar to the way Belichick is applauded for every move he makes.

You aren’t going to be able to get a Marcus Allen, Tim Brown, Chester McGlockton or Charles Woodson every year, but you hope to get one franchise changer at least every few years. For the past ten years all we really have to show for is Nmandi Asomugha. So what went wrong for old man Al over the last decade? His age might be a factor, and maybe his refusal of getting a GM hurt their chances of making a smart decision, but I think there’s a few other things that stand out on why we suck at making our first round picks.

The game has changed, A LOT over the years and I’m not talking about OT or instant replay, but the way the game is played on the field is much different. Players that have outstanding physical gifts can’t dominate the game the way they did back in the 70’s and 80’s, or even the 90’s for that matter. Football is more of a science than a sport these days. Players are bigger, stronger, and faster, so there’s much less of a difference between the abilities of the players. This means the Raiders need to prey that they picked the right project/troubled kid that wants to prove something. 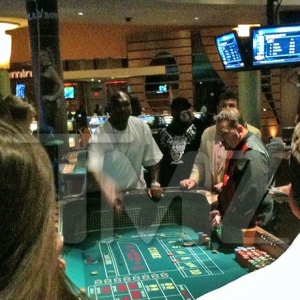 Maybe after Jamarcus craps out, he'll put some money on the Raiders losing every game he plays in next year.

Coaches are also a lot smarter than decades past, and they all have to run very complex systems for their offense and defense. They develop schemes that neutralize the most gifted players. Long gone are the days where a coach can make a great athlete into a football player. The athlete has to want to give 100% mentally and physically in order to succeed, and the Raiders don’t pick those kind of guys. Success doesn’t come simply because they have more athletic skills than the next guy. All you really have to do is look at Jamarcus as the easiest, and most recent example. I’ll give him some credit, and say he picked up about 10% of the Raiders offensive scheme. The 90% of the offense that he doesn’t understand, he didn’t go back and learn, he just decided to learn it on the fly, by standing in the pocket until gets sacked or just throws it at the running backs feet trying to make it look like he knew what play he called. How can we really expect any prospect to turn out with Peyton like precision in the film rooms if they are already troubled from the start? I wouldn’t be shocked if we ended up with Dez Bryant or Joe Haden in Thursday’s draft…

There is also less time until the player hits free agency than there used to be, so drafting the raw talent/project guy these days isn’t as smart as it once was. Al loves to pick “project” guys, and try to force them into their superior skills. In a league where you are built to win now or are nothing, what’s the point of grooming a guy for three or four years, and end up having him leave via free agency just when he gets good? If we keep drafting these projects we are wasting a lot of money that should be spent elsewhere like where we can actually evaluate the talent in free agency. I’d rather sign another Javon Walker than flop on our first round picks anymore. Fortunately, we gave up next year’s first rounder to the Pats, so we won’t have to suffer through another first round bust. Al is 80 years old now, and everyone wants him to accept some help like taking Tim Brown’s advice for free!?! Maybe he’ll actually listen to his coach on the draft decisions this year, okay, I couldn’t say that with a straight face, but maybe this year he is senile enough to try something new and crazier than years past like listening to scouts.

I'm a dude that just hit 30 years old. Pretty much like everything that is funny, insightful, and has to do with the Warriors, A's, and Raiders. END_OF_DOCUMENT_TOKEN_TO_BE_REPLACED
This entry was posted on Monday, April 19th, 2010 at 8:49 pm and tagged with Al Davis, bad picks, draft picks, failure, first round picks, football, NFL, oakland raiders, successful and posted in Sports. You can follow any responses to this entry through the RSS 2.0 feed.
« Doin NBA Playoff Predictions
Doubling Down on the NBA Playoffs »

2 responses to “Scary Words, The Raiders Are On The Clock…”