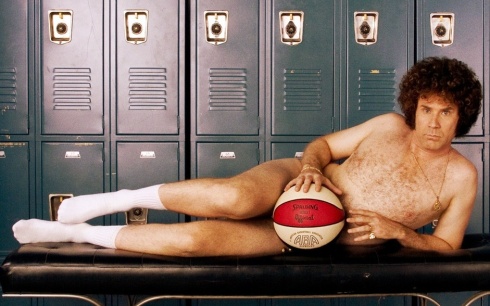 My outlook heading into the sweet 16; Two brackets gone miserably wrong, and one with plenty of hope. I never expect to win in the pick’ems, so I usually just root more for entertaining action. In the midst of all these games I realized I hadn’t done a preview for the Vegas lines in awhile, and what better time than during the always entertaining March Madness. Anyways, here’s how I see the eight games playing out.

Kentucky has cruised through the tourney so far beating both teams they played to a pulp by 29 and 30 points. They have the most “NBA” talent of any team left, and have shown why they are a #1 seed. They destroyed a sixteen seed, and a slumping nine seed. Their reward is to play the Cinderella Cornell squad who has one less tourney win (6) than Kentucky has championships (7). I could see Cornell covering the spread if they keep raining threes like they have, but their main concern will be to not let Kentucky run wild. This is much easier said than done. If their zone somehow slows the cats down, then we could see this Cinderella make some noise. I can’t believe some of the “experts” are picking them to win. I wouldn’t go that far, but maybe a single digit win for Kentucky. 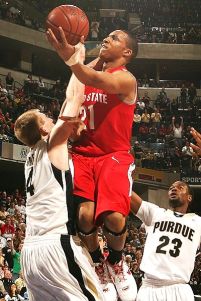 Said it before and I'll say it again, Evan Turner's game reminds me of Brandon Roy's.

I’ve been repping the Buckeyes pretty hard since I have them winning it all in my one bracket of hope. I probably just jinxed them, but watching Evan Turner nearly put up a triple double in their last game has me thinking there’s a chance he could single handedly get them to the final four. The Buckeyes will need to avoid making the silly turnovers like they did against Georgia Tech which was the sole reason the game even close. The Vols don’t boast a high powered offense, so it’ll be interesting to see if they can create some easy hoops with Ohio States’ mistake prone lapses during games. If this game is close, it will be because Turner was held in check, and that should be priority number one for the Vols.

Although I’ll be rooting for an upset in this game, it’s pretty tough banking on that to happen. West Virginia is a MUCH more physical team than the Huskies first two opponents. I think the physical play will give their shooters a rough time. If Washington has any chance they will need Isiah Thomas and Quincy Pondexter to play flawlessly. West Virginia is somewhat offensively challenged, but there’s good news for the Mountaineers, the Huskies are ranked 295th in free throws conceded. I see the Mountaineers being too much for the Huskies to handle.

END_OF_DOCUMENT_TOKEN_TO_BE_REPLACED

Hopefully This Isn’t a Sign of Things to Come….

The Sacramento Kings blasted this press release today. I don’t think it will have much impact on the team per se, but during a time where the future of the franchise is up in the air, you certainly don’t want to see many more changes. The Maloofs will take over his duties, so don’t expect a whole lot to change – for the time being…..

John Thomas Resigns as President of the Sacramento Kings

“We want to thank John for everything he has done for us since we came to Sacramento. He’s been an important leader on our team,” said Joe and Gavin Maloof, owners of the Kings.

“Ten years is longer than most NBA Presidents get to serve. I want to thank the Maloof family and my extended Kings family of co-workers and fans for the privilege. I’m very excited about the future,” said Thomas.

Thomas has 20 years of major league sports executive experience in basketball, baseball and hockey. He began his role with Maloof Sports & Entertainment in 1999. Prior to joining the Kings, he was an executive with the Houston Rockets and Comets.

About Maloof Sports and Entertainment: