This season has been great so far! I had a good Sunday last week going 5-1, and my sole misstep was betting on my own team. I guess my new rule should be to never bet on JaMarcus especially at home, where the crowd might be more hostile than any away game as seen on this youtube clip after the Denver game! My season record is now 14-4 from my picks last week, and my high confidence picks from the first two weeks. It’s scary how confident I feel picking games right now, I think I might be in for a big let down soon. Not like .500 let down, we’re talking Brad Lidge meltdown, but hopefully that won’t be next week! Since the bye weeks are starting up, I only really like five of the games on the board, so without further ado, here are my LOCKS of the week. Once again the home teams are in bold. 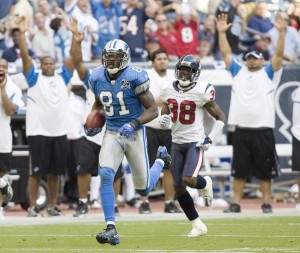 I can’t really believe that I’m going to pick the Lions two weeks in a row, but when you get ten points for a team playing against a team that only shows up half the time, I’ll take those points. For some reason I think if Detroit tries hard in any game for the rest of this season it will be this one. If you win your first game out of the last 20, wouldn’t you be fired up to do it again? I’m pretty sure I would, especially going against a long time rival. I don’t see them winning on the road, but I look for them to put up a good fight to cover two scores.

On the Chicago side, it seems like even though they injected some insulin into their offense they still don’t seem to be clicking. Sure they beat Seattle, but it was lucky at the end of the game on some blown coverage. If a suspect Seahawks team can hang around with them, so can the Lions. 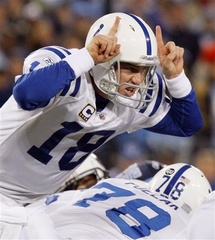 Speaking of those Seahawks, they get to play against the princess of the NFL, Peyton Manning. In any betting format can anyone really talk themselves into taking Seneca Wallace over Manning on the road? Didn’t think so. Who cares if Freeney is out this game, Seneca probably couldn’t even start for the Browns. Seattle has six starters missing from the lineup including their QB. When you already have your 8th starting lineman in the lineup it’s not a good sign for Seattle’s offensive continuity. Opposing quarterbacks have completed 74% of their passes against the Seattle D, and although they get Lofa Tatupu back, I think Peyton should have this one finished off by halftime. Look for Joseph Addai and Donald Brown killing some clock in the second half. Like Fabulous says “Put it in the bag”.

Pennington’s absence is obviously going to hurt the Dolphins. They can only run the wildcat so many times before they need to throw the ball, at least a little. For some reason I can’t see Chad Henne having the same type of success as Mark Sanchez or even Matthew Stafford has had in their young careers. Hell, he could barely manage Michigan’s offense. With Porter, their defensive leader, still questionable for the game I have to go with the Bills. 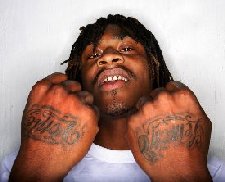 Are you ready for BEAST MODE!?!

It’s really hard to be confident in the Bills offense, as they somehow got shut down by a Saints team that seems to give up a lot of points even if it happens to be garbage time. TO didn’t record one catch last week, which was the first time in 185 games. I’m sure this news is as relevant as his show is, but they do need to find ways to get him and Lee Evans the ball. They will get a huge boost as Marshawn Lynch is coming back fresh off his suspension.

Last weekend was a heart breaker for the 49ers as they were the better team through much of the game. Despite losing Gore they proved that Singletary has turned them into a full on team – that doesn’t quit. They seemed to receive contributions from everyone. Now that they’re in the confines of their own home, I see them dominating a weak St. Louis team.

The Lambs are racking up injuries and losses like they’re going out of style. They have dropped 13 straight which is making me a believer that they could be this year’s Lions. The lambs must be scared that there are wolves in the end zone, because they’re averaging a league low 8.0 points per game. Kyle Boller is supposed to start this weekend, so it looks like he’ll be Patrick Willis’s lamb chop.

I have as much confidence in this pick as I believe Jordan can make a comeback at 50, but only picking four games is weak! I know we’ve all heard that this isn’t personal for Favre, and that he’s not taking it as anything more than a game. Screw what he says, I think it will be more emotional than he anticipates, and in a spiteful rage he’s going to force some throws maybe getting a little too greedy. This is a very bad idea against a ball hawking defense like the Packers. Their D already has 7 picks on the season, and I see Favre forcing one at some point for a pick 6. The Minnesota defense is currently ranked 4th in the league, but their first two weeks were against the Browns and the Lions (not exactly powerhouse offenses). Although the Packers lost to the Bengals, and haven’t showed much consistency this year, I feel like they are due for a all around well played game. I think Rodgers will benefit from overload of media surrounding Favre, so hopefully we’ll see relaxed Rodgers out there. Plus, in the wishy washy state I’m in with this game I’ll take the points, because many of these divisional battles come down to a last second field goal.

I'm a dude that just hit 30 years old. Pretty much like everything that is funny, insightful, and has to do with the Warriors, A's, and Raiders. END_OF_DOCUMENT_TOKEN_TO_BE_REPLACED
This entry was posted on Friday, October 2nd, 2009 at 12:03 am and tagged with betting, Brett Favre, Buffalo Bills, Chad Henne, chicago bears, Detroit Lions, football, Green Bay Packers, Indianapolis Colts, lines, locks, Marshawn Lynch, Miami Dolphins, Minnesota Vikings, NFL, over, Peyton Manning, preview, san francisco 49ers, Seattle Seahawks, St. Louis Rams, under, week 4 and posted in Sports. You can follow any responses to this entry through the RSS 2.0 feed.
« Coaches Gone Wild, Part III: Tough Month for Lobo Coaches
LeGarrette Blount: Back to Work »