Pete Heading to the NFL… Again!

The Jim Mora era came to a quick end in Seattle with his firing. He only lasted one year, and yesterday was relieved of his head coaching position. He helped take a team that was okay, and turned them into one of my favorite teams to bet against in my Doin Lines picks. They were a lock to get blown out nearly the whole second half of the season. Today it was confirmed that the Seahawks search for a new coach started and ended with Pete Carroll. The former USC head coach is reportedly 100% on board with joining the Seahawks. Seattle adhered to the Rooney Rule by bringing in Vikings defensive coordinator Leslie Frazier yesterday, but sources around the league were already buzzing that Carroll and Seattle being close to a deal almost before they released that they met with Frazier, which makes me feel like they never really considered him for the job. I feel like this rule is just wasting peoples time, as it was completely obvious who Seahawks were targeting. Why should they even have to bring in Frazier when they weren’t really considering him? Carroll’s move from sunny Southern California to the cold pacific northwest might have a bigger impact on SC’s recruiting than it does for the Seahawks. It already sounds like a number of recruits might be changing their minds about going to SC next year. Luckily they don’t have to deal with the Rooney Rule that the NFL has to, and can pick a replacement coach quickly. Urban Meyer anyone? Ok, probably not, but that would be pretty comical. END_OF_DOCUMENT_TOKEN_TO_BE_REPLACED 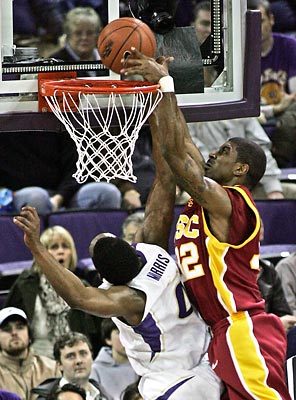