Dyslecix picks Green Bay (-2.5). I just really like the Packers’ playmakers on a fast track indoors. They aren’t a huge run team anyways, and I think the transition is harder for Pittsburgh early, getting use to that indoor turf and style… And by that I mean the Packers got a taste against the Falcons already and as we saw, it suited the team pretty well. 27-21 Packers….with a big 4th quarter push from the Steelers who were down early….

Chappy picks Green Bay (-2.5). There’s  four reasons why I’m picking Green Bay. One, Charles Woodson. He is possibly my third or fourth all time favorite Raider behind Tim Brown, Bo Jackson, and Howie Long. Woodson forced a game winning fumble that should have gotten the Raiders into the AFC Championship game. Yup, still hate the Patriots for that game. Second, I’ve been rooting for Aaron Rodgers since he went to Cal.

I’d like to see him with the real Championship belt on.

Third, I just don’t like seeing rapists succeed. If Ben had served a little jail time, I would forgive him a little sooner, but it didn’t really feel like he was ever punished. Four games, whoopity doo-da. I’m sure he found out a valuable lesson about hanging around college kids in BFE. Fourth, I’m no longer liking how good this Steelers franchise is. I get tired of the same teams winning over and over. They do play a fun brand of football though. Maybe I just want there to be another New Orleans type story even though I know it can’t happen. Wisconsin is nice and all, but the storyline isn’t quite as good. Packers win 28-23

By picks Green Bay (-2.5). I’m still uncertain as to why Green Bay is the favorite here, yes the dome and artificial turf can be an advantage to Green Bay’s speed on the perimeter, but we’re talking about the Pittsburgh Steelers here folks, they’ll adjust.  If I do recall, it was the Steelers who just won a Super Bowl two seasons ago.  Not much has changed to their roster since then, maybe except for the fact that they’ve renewed their hunger for another ring.  I’m picking Green Bay here because I’m rooting for them, but in all reality I don’t expect them to win.  I don’t care what the odd makers are telling you, Green Bay is the underdog here, and if I’m a neutral fan, I root for the ‘dogs.  Actually, I’m not that neutral, I’m a big Cal fan and so I’ll be cheering for Aaron Rodgers to equal Brett Favre in Super Bowl victories.  I like pointing that out too.  The fact that if Aaron Rodgers wins on Sunday, he’ll be tied with Favre in Super Bowl victories.  Takes away from Favre’s “legend”.  Also, call me a glutton for pain, but as a 49ers fan, I enjoy how much it hurts to see how successful Aaron Rodgers has become knowing we passed on him for Alex Smith in ’05.  It’s like pressing on a bruise to yourself.  It hurts so good.  The x-factor in this matchup is Green Bay’s defense, specifically their secondary.  For as much hype as Nhamdi Awesome-Muah (yes that’s how I spell and pronounce his name) and ﻿Darrelle Revis get for being shut down corners, Charles Woodson is overlooked.  This despite him winning Defensive Player of the Year last season.  Green Bay’s offense is going to struggle for a better part of this game against the vaunted Steelers’ D, but if Green Bay’s D can keep it close, all bets are off and Rodgers and co. have a chance.  Here goes nothing, Pack 21 Steelers 17.

MCeezy picks PITTSBURGH (+2.whocares) No spread needed… I think the Steelers will beat the spread because I think they’ll WIN. Everyone’s real high on the Packers right now, including me, but it doesn’t mean they’ll have success against the Steelers. Pittsburgh’s got too many big game players.  Green Bay’s almost there, but not quite. They’ll be back though. They will need to replace some 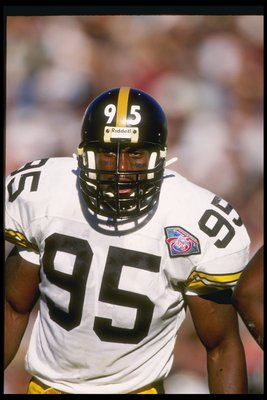 receivers in the next few years, and they’ll continue to have a revolving door at running back, but they’ve got enough pieces in place to be a perennial postseason threat. This weekend though, will belong to the Steelers. I won’t be particularly thrilled about it, but I see the Steelers pulling away in the second half and winning decisively. Largely because my high school and college, and my beloved Oakland A’s, all donned the green and gold, I’ll be rooting for the Packers, but this one’s gonna be all black and yellow black and yellow black and yellow… Steelers 36 Packers 17

This entry was posted on Thursday, February 3rd, 2011 at 10:40 pm and tagged with football, Green Bay Packers, lines, NFL, odds, picks, Pittsburgh Steelers, predictions, spread, Super Bowl and posted in Sports. You can follow any responses to this entry through the RSS 2.0 feed.
« Some Mike Iuzzolino Highlights
Pebble Beach Stories Part V: The Celebrities »