This is a first for Doin Work as we have never really revisited our predictions. I was reading through them last night, and since we do them for pretty much every sport before the season gets too far along I wanted to check out how we did. We made our MLB predictions one day after the season started, and we made some good calls, and some funny ones that didn’t pan out that well. Now that the season is long over and all the hardware has been handed out it was a good time to look back in our first ever Reviewin Predictions! If you wanted to see all our predictions click here. 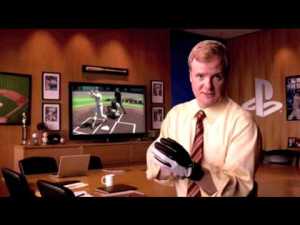 By:  Minnesota Twins – Why?  Because Joe Mauer went to Cabo with the Playstation guy!

Dyslecix: Minnesota Twins – Not sold on the White Sox or Detroit the Twins are always there.

Chappy: Texas Rangers – I don’t want to jinx the A’s before the season even starts, so I’m taking the Rangers rallying behind their drug attic coach and best hitter. I hope Mceezy just picked the Angels to jinx them, but I’m scared he’s probably right…

Mceezy: Anaheim Angels – Because I want to see any other team win this division, the Angels will.

By:  Anaheim Angels – For jinxing purposes.  Why does the AL West have 4 teams & NL Central have 6?

Chappy: Tampa Bay Rays – No Boston in the playoffs?!? Yup, that’s what I’m predicting! I think they will squeak it out in their last real hope at a championship before this team is blown to smithereens.

Dyslecix: Yankees – This is an easy one.

Cali4dre: Boston Red Sox – I mean, is this the most common pick out there, right behind the Yankees winning the East?  I don’t like the pitching/defense first concept with the Yankees sitting there with murderers row year after year, but I think that’s what happens when the bats out there are as poor as they were this offseason.  And a guy like Lackey is out there to sign.

Mceezy: Anaheim Angels – I get the feeling it’s one of those years where a team cuts ties with some cornerstones of the franchise – Lackey, Vlad, and Figgins – and then goes on to win that elusive title. (Yes, they got one, but it’s been almost a decade)

Chappy: Tampa Bay Rays – If they survive and make the playoffs, I’ll pick them to win the AL.

Cali4dre: Yankees – That’s what $206M (according to ESPN) can buy, a nice 2010 AL Pennant.  Not to mention it could buy the Pirates or Padres six times over, take your pick. 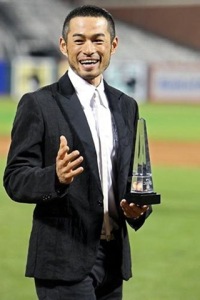 By:  Ichiro Suzuki.  Yeah it is a stretch, but I’m going for it.

Mceezy:  Miguel Cabrera – He’s due for a big year, and maybe Tex and A-Rod will split votes with each other.

Chappy: Evan Longoria – If he isn’t the MVP, I don’t think my WS prediction will work out…

Mceezy: CC Sabathia – CC will struggle through April, as is typical, and then be lights out for the remainder of the year to lock up the trophy.

By:  CC Sabathia – Why?  Because he’s from V-Town, and so he’s the only acceptable Yankee to root for.

Dyslecix: Zack Grenieke – Because he has the best stuff in baseball on the worse team…he gets his this year, again.

Cali4dre: Justin Verlander – Now that Roy Halladay has left, it would appear the CY is an open race.  Greinke seemed to be a bit of an anomaly last year, it’s hard to give it back to him.  If Detroit can put together a good season, Verlander will be in this race til then end and beat out King Felix because of Team success.

Mceezy:  Atlanta Braves – This is the Braves’ year. Chipper is gonna put together one last run. He stole a base in the opener – tell me he’s not fired up!

Chappy: Philadelphia Phillies – The best team for the past few years shouldn’t change this year, as they lost nobody, and gained experience.

By:  N.Y. Mets!  Just kidding, the Atlanta Braves – Why?  They got the future NL ROY and a re-tooled lineup.

Cali4dre: Philadelphia Phillies – Won’t even be close.  They may have clinch by the All-Star break. JK.  The Braves and Mets will be too busy beating each other up to notice the Phillies running away with it, and the Marlins and Nats are too young and flat out not good enough.  The Phillies will win 100+ and probably won’t need to play their starters at all in the second half of September.

Mceezy: Philadelphia Phillies – Even though the Braves will steal the crown this year, the Phils will still get the fourth postseason berth.

Chappy: Colorado Rockies – I think C-Gon is going to have a monster year for them, making me wish he was still on the A’s…

By: Philadelphia Phillies – Why?  Being that I have the Braves winning the NL East, there has to be a spot reserved for the Phillies.

Cali4dre: Atlanta Braves – They are the best of the rest in the NL, and I think they are in great shape to win now in for the next several years.  It’s going to be hard for Bobby Cox to call it quits when he sees this talented squad gel as the season progresses, but they don’t have what it takes to get to the next level… yet.

By:  Atlanta Braves – Why?  Because it’s been awhile since the “Tomahawk Chop” was on the minds of baseball fans.

Mceezy:  Atlanta Braves – Again, this is the Braves’ year.

Cali4dre: Philadelphia Phillies – Are you kidding?  The line-up is still all there, with the addition of contact-machine Polanco.  Did you hear they also picked up Roy Halladay?  And Cole Hamels has found his confidence and velocity in spring training. If someone like Happ or Blanton can finally come into their own in the 3 spot, the Phils will walk through the post-season.

Chappy: Prince Fielder – If Mceezy thinks Braun will amass that sitting in front of Prince, he shouls be able to duplicate those numbers.

Cali4dre: Albert Pujols – Yeah, I’m not going off the board here… not if I want to get this right.  He’s got more protection in the line-up with Holliday, his nickname is “The Machine”, and vets like Big Papi are now coming to him for advice.  He just turned 30, he’s a leader on and off the field, great glove, plays hurt, he’s in a contract year… what else can I say???

Cali4dre: Roy Halladay –  He went from front-runner in the AL, where he made half his starts against the Yankees and Red Sox, to super front-runner in the NL, where he’ll make half his starts against the Nationals and perma-young Marlins.  The only way Halladay doesn’t win 20 games this year is if he doesn’t pitch that much in September because the Phils are so far ahead in the race.

Dyslecix: Adam Wainwight – My heart says Timmy, but three times in a row?

Chappy: Jason Heyward – The hype machine is making this kid out to be a superstar, and if that’s the case he should win the ROY award with ease. Starting in the outfield from Opening Day should give him the AB’s he needs to lock this up.

By:  Jason Heyward – Why?  The hype on him seems to be warranted, so this should be cake for him.

Dyslecix: Stephen Strasburg – I know Jason Heyward is the hot name early in the season. But Strasburg winning 10 games after late June for the worst team in baseball get’s it done.

Cali4dre: Jason Heyward.  The real deal, that’s all I can say.  You’ve heard the hype, and it’s legit.  The average might suffer as it usually does with rookies, but the pop is there.  He looks to me like a Ryan Howard prototype, but has made it to the bigs five years younger.  Again, Booby Cox may decide to coach until he’s 90.

Chappy: Tampa Bay Rays – I think I’m rooting more for the Yankees and Sox to NOT make it, and if they don’t I think the Rays could be there…

By:  San Francisco Giants – C’mon, it’s the time of year in which it’s O.K. to have high aspirations for your team!

Cali4dre: Philadelphia Phillies – I’m going against everything we saw in last year’s WS, all because of the upgrade of Halladay at the top of the order.  I don’t think losing Cliff Lee was as devastation as some people think, I think losing Kyle Drabek was actually the bigger loss long-term.  But that’s why they will win now… The line-up can absolutely mash, and with Halladay and Hamels going strong in the playoffs, it’s definitely the Phillies as my favorite.

I'm a dude that just hit 30 years old. Pretty much like everything that is funny, insightful, and has to do with the Warriors, A's, and Raiders. END_OF_DOCUMENT_TOKEN_TO_BE_REPLACED
This entry was posted on Wednesday, November 24th, 2010 at 11:28 am and tagged with Baseball, MLB, predictions and posted in Sports. You can follow any responses to this entry through the RSS 2.0 feed.
« What’s Next For Pacquiao the Politician?
Doin Lines Week 12 »