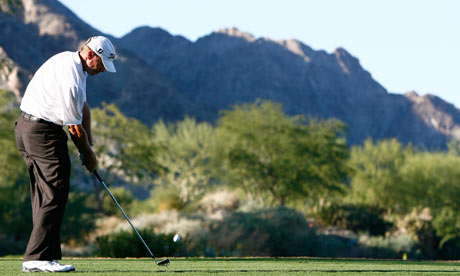 With Steve Stricker’s victory last weekend at Deutsche Bank Classic, he has made the Player of the year award at least somewhat of a two man race. I had him at a very close 3rd on my original list, and while Yang’s PGA Championship win was impressive, Stricker’s win last weekend gave him a boost into second behind Tiger as he took the lead on the FedEx leaderboard, and pulled out a come from behind win against a top notch field. If he somehow pulls out of the playoffs holding the FedEx Cup, it may be tough to not give him the POY award.

I find the FedEx Cup has made a drastic improvement in the way I and fans pay attention to the golf after the last major is over. It’s made the POY award worth debating in the final weeks. It’s made the best in the world keep playing in tournaments that aren’t from their sponsors. In years past the top players would pack their bags, and head into the offseason not caring about the last couple months and playing in maybe one or two of the tournaments. The Playoffs have been great for the game and the fans!

Stricker’s bid in the BMW didn’t exactly start the way he hoped as he was one over through the first round Thursday, but there is no cut so he’s not out of it by any means at six back with three to go. Stricker has won back to back comeback player of the year awards, and was probed about winning it for a third straight year after his win on Labor Day “I think I’m over that now.” He was also asked about winning the POY award and laughed, noting that he’d have to do something impressive to overtake the obvious leader (Tiger). To trump Tiger’s five wins, Stricker will have to pull out a FedEx Cup Championship, and possibly win one of the two remaining tournaments. I think either of the two scenarios would give the voters much to weigh on. Golf is one of the rare sports that lets the players have a say in the POY award, and I have a feeling they will weigh heavily what happens these last couple weeks!

I'm a dude that just hit 30 years old. Pretty much like everything that is funny, insightful, and has to do with the Warriors, A's, and Raiders. END_OF_DOCUMENT_TOKEN_TO_BE_REPLACED
This entry was posted on Friday, September 11th, 2009 at 10:18 am and tagged with BMW, Deutsche Bank Classic, FedEx Cup, golf, PGA, PGA tour, player of the year, Playoffs, points, Steve Stricker, Tiger Woods, voting and posted in Sports. You can follow any responses to this entry through the RSS 2.0 feed.
« Finger Soccer!
Richard Seymour Gets Blindsided »