Old Guys Vs. The Lockout

As the 2011 NBA lockout comes closer to a reality it got me wondering who we might see retire rather than continue on with their career since there are a lot of players out there that are old and still performing at a very high level. That being said the dinosaurs of the NBA might not want to take less than they are already making when the new CBA is reached. Thanks to a Wikki search they listed the ten oldest players in the league right now, and I will go through the seven oldest, and put a percentage on their chances of sticking around to play after the strike is over.

Shaquille O’Neal, 38 years old. Shaq might actually be helped out by this lockout. He hasn’t played a full 82 games since 1994, so I’m guessing that the lockout could actually keep him fresh. At the same time, if he knows that there won’t be basketball being played, I’m sure he’s going to eat himself into retirement. Look for him to have a waist growth spurt and remind us that people can be as big as Refrigerator Perry. Odds of returning after a lockout: 5%

Kurt Thomas, 38 years old. I actually forgot Kurt was still in the league, but he’s alive and well in Chicago filling in for the many injuries they’ve had to their frontline. He’s one of those guys that teams just keep picking up making the Bulls the 8th team of his career. I feel like he has some solid value for teams because he’s seen it all and isn’t a distraction. Odds of returning after a lockout: 80% 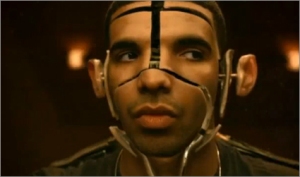 The guy is having his best year since he was in Orlando statically. If there’s anyone you think would stay in shape of these old guys during a lockout it would be Grant. He’s also the Suns best defensive player, which I can’t tell if that’s a good or bad thing for the Suns. Odds of returning after a lockout: 90%

Juwan Howard, 37 years old. Honestly I thought Juwan would have hung up the sneakers by now, but the Heat needed some bodies to fill up the roster and he got a call. Sure, he started some games in Portland last year, but we all know about that injury factory in the pacific northwest. If Miami doesn’t win it all this year, Howard is very expendable. Odds of returning after a lockout: 10% unless someone takes a chance on him.

Jason Kidd, 37 years old. I’ve always had a soft spot for the wife beater from Oakland. He’s been declining this year, but mostly because there’s so many other talented guys around him so he doesn’t need to be as great as he was. I think Cuban rides him until he’s shooting 20% from the floor. Odds of returning after a lockout: 99%

Theo Ratliff, 37 years old. He hasn’t really made an impact anywhere over the last few years. I don’t see him really making an impact on the Lakers except replacing Adam Morrison on the bench as the best towel waiver. This feels like his last season to me. Odds of returning after a lockout: 1%

Steve Nash, 36 years old. He’s better than Kidd, but the thing I worry about with Nash is what if the lockout happens and he signs with the MLS in an effort to ignite some support for his one true love, soccer. They can’t pay him as much as he’d make in the NBA though, so his odds of returning after a lockout feel like 99%, but you never know with a real footballer.

Our favorite sports DJ is at it again. DJ Steve Porter already brought us the Press Hop, and we posted Press Hop II here. Now it appears he has made his splash into the Favre controversies. Not much to analyze in it, but one thing is for sure, I hope he keeps doing it! Oh and in case you were wondering he doesn’t ONLY do sports. He makes mixes with funny infomercial re-mixes too! 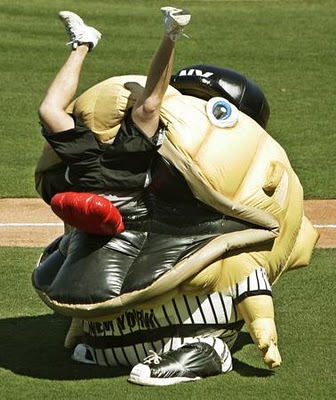 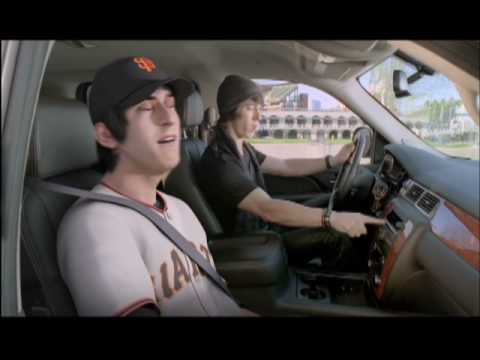 Tim Lincecum – Can he win back to back to back Cy Young awards? If he stays healthy, I don’t see why not. He’d probably also solidify himself as one of the most dominating pitchers of all time (or at least this era) joining Gregg Maddux and Randy Johnson as the only other two pitchers to accomplish that feat. Thankfully Cy Young voters have gone away from counting wins as one of the biggest factors in handing the award out. It makes it much more likely, since he doesn’t get much help from the unfriendly Giants offense. The problem this time around is he will have to contend with Doc Halladay! END_OF_DOCUMENT_TOKEN_TO_BE_REPLACED