The Most Entertaining Team in the NBA

At the beginning of the year, I figured a post with this title would be about the Lob City Clips or even perhaps the Miami Heatles, but for some reason that hasn’t been the case. Many of you, including myself, probably lost your free preview of the NBA league pass over the weekend. The first thing that popped into my head was, I can’t believe I watched at least part of every Timberwolves game for the first two weeks of the season, and might not get to see them again this year since I doubt they have very many nationally televised games. I even watched them over the Warriors on a few occasions, that’s how damn entertaining they were. Are they going to be a surprise playoff team? Probably not, but that’s not always why I watch hoops. Being a Warriors fan, I usually just want to be entertained since it’s not always in the cards that my team will win. Anyways, anytime the Wolves are on nationally, you can bet I’ll be watching. The longtime laughing stocks of the league actually have a solid core of players that are fun to watch with lots of story lines to go around.

The Best White Guy in the NBA (Kevin Love). What’s not to like about Love and his energy for the game. Even his All-Star pitch last season was funny. Last year for some ungodly reason he didn’t even crack the starting lineup while posting double doubles nightly for the first part of the season. Luckily that was quickly corrected, and we got to see this beast do his 110% effort thing from the opening tip.

The Highly Entertaining First Year Euro Player (Ricky Rubio). I remember ripping him pretty good a few times in our e-mail chains dating back through the last couple of years he stayed over in Spain. We’ve probably had at least 100 e-mails back and forth arguing about whether he’d play here or not. It seemed unfathomable how his game would translate to the NBA when he was sitting at something like 6 PPG and 4 APG last season and only coming off the bench in SPAIN, but after seeing him play these two NBA league pass filled weeks, I’m fully sold on his prospects to be the next Steve Nash. It’s been funny to watch him bounce passes off teammates faces when they weren’t ready to catch one of his fancy passes. He is truly a wizard with the ball in his hands.

My College Player Mancrush from Last Season (Derrick Williams). I still don’t see how this guy doesn’t end up being a stud in the league for a long time. He’s shown a few flashes here and there already, but hasn’t really played a ton of minutes to showcase all his talents. Maybe now that Beasley’s hurt he’ll earn a spot in the starting rotation. I pretty much fell for him during the Pac-10 tournament last year, and will stick by him until he turns into a bigtime player. 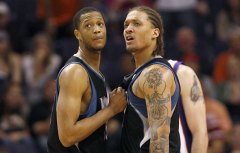 Super Talented Headcases (Anthony Randolph and Michael Beasley). Anyone out there that’s played fantasy hoops or been a Warriors fan knows how frustrating it is to watch or have Anthony Randolph on your team. He makes a great block and rebound then dribbles down the court faster than everyone only to throw it out of bounds. You see the good stuff and think this guy could be great, but then he inexplicably does stupid things that he should’ve learned during High School. Beasley’s idiocy has been well chronic(led). You never know what you’re going to get from either guy from a production standpoint, but when they seem to care their potential seems limitless.

Major Draft Bust (Darko Milicic). The man infamously picked in front of Melo, Wade, and Bosh. The funny part about him though, is he might actually have a better career than 2007 #1 pick, Greg Oden! After landing on his fifth team in nine seasons, he actually played decent in Minnesota last season, and parlayed that into a 4 year $20M contract that I thought was atrocious at the time, but if there’s one thing you can’t teach it’s 7 feet, and as much as I hated the Warriors signing Kwame, a 7-footer does make a difference in the paint.

Even More White Guys (JJ Barea, Brian Cardinal, Luke Ridnour, and Brad Miller). Honestly, I can’t remember a team with seven of it’s twelve roster spots going to five white guys and two white Euro guys. Well, at least in my existence I’m sure there were plenty in the peach picker basket days. In fact, I’m struggling to think of a roster with more than three white guys on the team…

McNabb Exiled to the Raiders… Not Quite Yet… 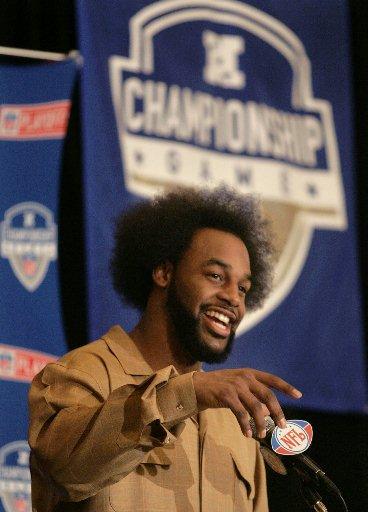 I’ve read about all I can about the possible trade of McNabb coming to the Raiders. It’s funny how ESPN reports that there’s a set deal in place, and the local bay area papers can’t find a source within the organization that will even say the two teams have even talked about a trade. Usually I don’t like to write about a trade unless it actually happens, especially when there are still some other teams that are in the McNabb sweepstakes, and Al Davis hasn’t openly said he was trying to acquire the QB, but our buddy AP’s take on the whole matter made me want to write why it’s a good move. I think it would be a great move if they do it for their 2nd round pick, and would be 10,000% behind it. If they trade away Asomugha too, I’d make it more of a 50/50 trade. A lot of people that don’t follow the Raiders seem to think it’s a waste of time and money for them. Raider Nation knows that Davis is running out of time on this earth, and has plenty of money he’s willing to spend to see them succeed, whether they are smart moves or not.

Losing Asomugha would effectively open up one side of the field, and weaken the not so steady CB play behind Namandi. Is there a better place for McNabb? Probably, but there’s worse destinations as he could land in. The Raiders are historically a team full of misfits, and the way McNabb has been persecuted the last few years in Philly would make him a good fit. Another big plus to this move would be Jamarcus can have all the Cambell’s Chunky Soup he could ever want sitting on the sidelines. Maybe he’d lose a few pounds not eating all those burgers. I like the move, so lets get into my reasons on why. END_OF_DOCUMENT_TOKEN_TO_BE_REPLACED