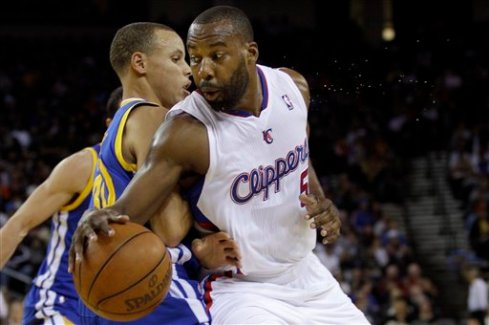 The Warriors were a step slow all game long...

It was the first time my Warriors headed down to Socal to play the Lakers ugly stepsister, the Clippers, so naturally I had to go. I usually avoid going to games that the dubs play the Lakers, because we pretty much know what the result is going to be. The Warriors usually play good against the Clippers for obvious sucktitude reasons over our lifetime, so every time I go to Staples Center I want at least a shot at seeing my team come in and win. Yesterday the Warriors had a horrible 2nd half performance, and saw three players foul out (Beindris, Lee, and Wright), but overall I was the most excited to just see Blake Griffin live. 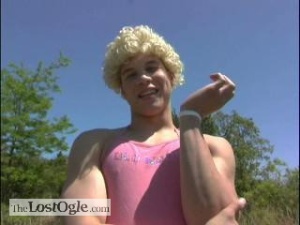 As far as first impressions go on Blake, he is pretty freakish, and I got to see a couple of his league leading dunks. I was a little surprised how big he was in a muscular sense. The kid looked like a taller version of Corey Maggette. Fortunately, he isn’t nearly as one dimensional as Maggette. The Warriors constantly double and triple teamed him throughout the game, so I didn’t get to see many highlight reel dunks, and even with all the extra focus on Griff, we still couldn’t stop him from putting up another 20-10 game. His highlight of the game was pretty amazing to see Baron throw a lob from close to halfcourt for him, but aside from that I didn’t get to see a lot of high flying dunks. Here’s the dunk I was talking about…

DeAndre Jordan actually impressed me more than Griffin, which was probably the shocker of the afternoon. Jordan is a force in the paint grabbing 13 boards and blocking 4 shots. He cleaned up a couple of Clipper misses with thunderous dunks including an awesome off the backboard putback (can’t find it on youtube), and he also sent a few shots away including a twisting and turning Monta Ellis drive through the paint that riled up the crowd.

Baron Davis was probably the second best Clipper on the court after Jordan, which caught me off guard. Anyone that’s owned him on a fantasy team this year knows what I’m talking about. Anyways, Baron looked rejuvenated against his old team. He was sinking threes, driving to the hoop with authority, and dishing the ball like Sterling was booing him. He set up Gordon for a huge first half, and everytime Davis gave him an open look with a pass, he was knocking it down.

Eric Gordon and Blake Griffin were impressive, but for some reason Baron and DeAndre were the reasons for their dominating win.

As for the Warriors players I was very disappointed. Only two guys showed up for the contest, and it wasn’t either of our special backcourt players or our newly acquired PF David Lee. Only one of our starters played well. Dorell Wright started the game on fire, and was the only Warriors player to do anything on the offensive end efficiently. The second best player of the day for our squad was Vlad Radmanovic. Yup, I said it. 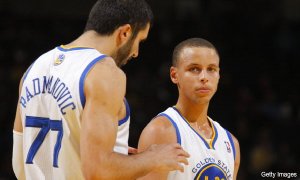 He was the only guy out there giving 110% on the court. He was getting in the face of Clippers players, and throwing Baron and Eric Gordon on the ground during some hard fouls of frustration. He was in essence the only guy on the floor that I really thought was trying. There was a funny quote from Baron after the game about the little face to face stare down after Vlad threw him to the ground and both benches cleared a little. “”I told him I had mine longer,” referring to his beard over Vlad’s beard.

I also got my first glimpse at our rookie Epke Udoh. He wasn’t active in the NY-Warriors match up I went to with MCeezy and Dyslecix at Oracle. I actually kept thinking Udoh would be a solid pro when I was watching him at Baylor, and really liked what Udoh brought to the table when he was on the court for his limited minutes Sunday afternoon. He swatted a couple of shots, and actually helped them get back into the game by playing some defense, and was part of the crew that cut the lead from twenty something to eleven. Shortly after he left the game, they were down by 15 again never to come closer.

Hopefully when I head up to Staples on January 22nd when they play the Clippers again, it will be a more entertaining game with a better result, like a Warriors victory. A random Warriors fact, their team is playing with a full roster for the first time since 2008. It’s basically the first time that they haven’t had guys injured not suiting up, which is remarkable to think that it hasn’t happened since 2008. So far they are 2-1 with a full squad. Hopefully they can keep that 66% winning percentage going with a full squad. 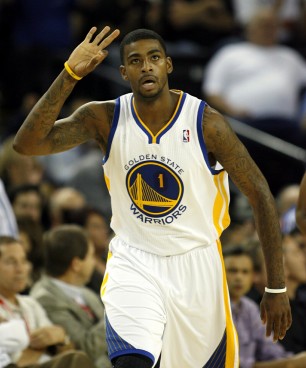 Nope, Dorell Wright didn’t get a minor in possession. He’s 25 years old, so there’s no way he could even get one at this point. Dorell isn’t a household name, and unless you were a Heat or Warriors fan you still might not know that he even exists. The Warriors acquired him over the offseason for the next three years at a fairly cheap $11M. I had no idea what we got when we signed him, and have been in many a texting frenzies with the blog mates on how awesome he is for many of the Dubs games this year. I thought he was more of a defensive guy since all the reports that I read said that’s all he really was at the time the Warriors acquired him. Somehow, some way, he’s morphed into a knock down shooter (in best Mark Jackson voice). He currently leads the NBA in three pointers made (85), and is making up for the scoring punch to ab offense that lost Morrow, Azubuike, and Maggette this past season. So far this season, Dorell has gone up in every major category making him my hometown bias pick for, the most improved player. As his minutes went from 20 to nearly 39 per game he has doubled up in his averages in every major category. His points have more than doubled (7.1 to 15.7). His rebounds have nearly doubled from (3.3 to 6.2). His assists have more than doubled going from (1.3 to 3.1). His steals have gone up from (0.7 to 1.4). People might knock his field goal % dropping 5 points, but my reasoning for that is he’s taking a ton of threes (averaging 6 per game), which would lower anyone’s percentages a little. With all those threes he’s taking, he is 27th in the league in 3PT percentage, which makes me not care that his FG% overall has taken a little dip. There’s no signs of him slowing down since the W’s have no bench. Another reason to hand the award to Dorell is that he came out of nowhere to relevance this season. All the other guys I’m about to mention were all at least relatively known at the beginning of the year.

I guess there are some other candidates out there, but in my eyes none of them have improved from last season to this season as much as Dorell, but here are some that I think are in the running. Kevin Love is a beast that should be considered for the award, but at the same time we saw some of what he’s doing this year towards the end of last year, so does that really count as improved now that he’s getting the minutes and already showed us that he could do this? I say no, but it’s arguable. 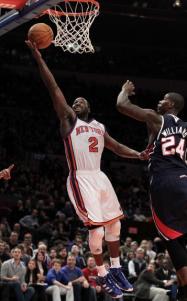 Russell Westbrook and Derrick Rose are on the same plane in my book. Rose has had an amazing season, and shown that he is indeed fantasy relevant instead of just a good player he has been boosting his stats in nearly every area. Westbrook developed a jumper this summer and is scoring more, but both of these guys were stars already, and I commend them for their improvement, but it just isn’t significant enough of an improvement to earn the MIP award. I’d put Raymond Felton slightly above them, because he is improving tremendously in every category much like Dorell, but being in D’antoni’s system jumpstarted that more than anything. We all knew that Felton was solid, just not this good. An honorable mention for a guy on the radar is Paul Millsap. He started off the first month of the season like he was going to win the award, but has fallen back to earth a little now that Al Jefferson has figured out the Utah offense, and mans the post keeping Paul away from this award. Michael Beasley also made the honorable mention list. He was a bust in Miami, and now is a main cog in Minnesota and hasn’t had any legal troubles thus far. If he keeps it up he should be on the list with his teammate.