What do Baseball Trades, Stephen Curry, and Brett Favre Have in Common?

They don’t really have anything in common, it’s just what I felt like rambling about today. I’ve had a stretch of stuff to do, and that didn’t include much blogging. I guess it’s not a bad thing to have too much to do. If only there were more hours in the day! Anyways, it’s been somewhat slow in the sports world lately, but there were some things I felt like I wanted to get my opinion out there on, so skip to whatever interests you.

MLB Trade Deadline: I liked how much action we saw leading up to, and during the July 31st trade deadline. It seemed more active than normal. Everyone is praising the Yankees for their haul of Berkman, Kerns, and Wood. 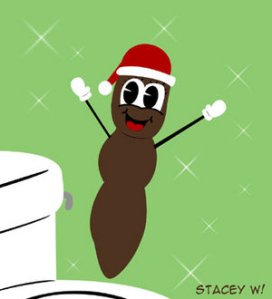 Not too many poo poo platters this trade deadline... Mr. Hankey Approves!

Sure it’s nice, but I don’t really see any of them making much of a difference. All three of these guys would’ve been nice acquisitions four or five years ago, but now, not so exciting. After this weekend, I think the Rays did just as good by making a small move to get Chad Qualls. Maybe it’s the NY media trying to make everyone believe the Yankees made some genius moves, but I’m not really buying it. For me it comes down to two teams that were the big winners. The Rangers and the Padres made the moves that made the most sense for their teams to get to the playoffs. I won’t include Houston or Arizona, since we don’t really know how the trades will affect them for a few years. The Rangers addressed their biggest need in getting an ace, Cliff Lee. He hasn’t won a lot since he joined the rotation, but he’s saved the bullpen from having to do anything throwing complete games like it’s a AAA squad. They also added Christian Guzman and Jorge Cantu. They plugged up their hole at first base, and also found a replacement for Ian Kinsler since he went to the DL. I loved the meaning behind all three trades. It was especially surprising for a franchise that is bankrupt. Same goes for the Padres who have their layover until new management is in place, and they were also big winners in my eyes. They’ve been nothing short of amazing with the pitching staff and defense, but didn’t have many hitters that you really feared outside of Adrian Gonzalez. I thought they were done when they got Tejada, which MCeezy or me at this point really understand how he fit in. One thing about Tejada though, is if he’s in a good situation, he is going to fire everyone else up around him. Maybe being in the playoff hunt will spark his bat a little too. They also added Ludwick, which I was shocked to hear. Now they have a legitimate guy to put in front of or behind Gonzalez. I think these moves keep them ahead of the Giants in the NL West.

Stephen Curry’s New Team – I’m already ecstatic on the Warriors upcoming season, and adding David Lee to the roster is welcomed after the original shock of losing Anthony Randolph. Proven guy vs. a guy with a seemingly limitless ceiling. I guess you can’t argue with the proven guy that works hard with everything he does. With the new face of the franchise being Lee and Curry it may have moved the Warriors into a good character type of player instead of the me first attitude we’ve had over recent years, Monta, SJax, Baron (at times), Harrington, etc. The reason I started this ramble was that I am pretty pumped to see Curry made the cut for final 15 on team USA. No, not just because of the mancrush I have on him, but for the experience he’ll gain, and how it will help him down the road. I’m not sure he’ll make the final 12 man roster, but either way it’s a great thing for him to be there around some of the elite younger players in the league over the next month. Too bad his new teammate (David Lee) had to withdraw because of his finger, but here’s what should happen to Curry from this experience. A) He gets to play with guys that aren’t in the D-League (Pretty much the Warriors roster for the 2nd half of 2009-10). B) He might not be able to make a pact like the Miami Trio, since the dubs have him locked up for awhile, and hopefully never let him get away. I mean, he could try to make a pact with a guy like Durant, but that’s unlikely, so maybe he could make a pitch to Iguodala or Granger to move over to the Bay when their contracts are up (4 years). C) He gets to learn from Coach K., and hopefully gets some pointers on defense, and maybe learns a trick or two to stop turning the ball over. D) He gets to learn to play the ultimate team game, since winning is the ONLY thing that matters for Team USA. I don’t think I can say the same for a Nellie led Warriors squad that seems to just want to entertain at times. Hopefully when Nellie starts taking vacations in the season, the new owners dump him.

Brett Favre – Weird, he says he’s retiring for a third time, even though we saw him playing catch a few weeks ago with some High Scool kids. It’s a GREAT thing when a rumor comes out, and nobody believes it. Usually there are people on both sides of the fence, but with this one, nobody seemed to really believe he’s actually made his final decision. I guess it’s the ol’ boy who cried wolf. Love or hate the guy, he’s good for the league. I hate the guy, but do want to see him out there. I was giddy during that NFC Championship game. It was great to root for the Saints to pummel him over and over, and fortunately, they did! If he sucked last year like he did with the Jets, nobody would care half as much, and might be believing the rumor. It’s crazy that he’s the one controlling the NFC North. Is he texting to start a gambling conspiracy? The odds jumped quite a bit as soon as it was announced he is retiring, I’m just sayin… I hope it’s not true, because I like to root against him. It’s like Tiger for me, it’s not fun to root against him when he isn’t dominating. Or like my Raiders. Growing up, I would get crap from people all the time (hater nation), but now friends just feel sorry for me after losing for so long. Brett we need you as a villain, so I, like everybody else, don’t believe that you are retiring. Personally, I think it’s just a cop out, so he doesn’t have to go to training camps, and can make the Vikings bend over backwards buying him an armadillo farm to hunt at. Maybe he just likes the attention, but whatever the reason, I have a feeling he already knows what he wants to do, and that will be to play football.