SJax on the Move? 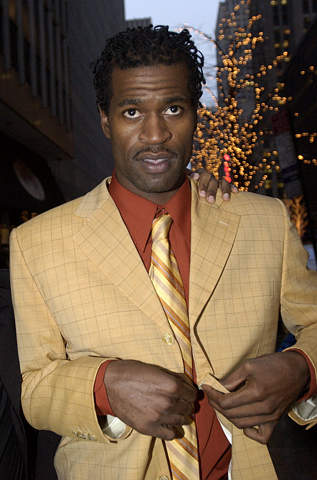 New York City, Stephen Jackson and Al Harrington were at South Street Seaport for a block party put on by their sneaker company Protege. One of the MCs at the event asked Stack Jack in front of the crowd whether he thought the Warriors were going to make the playoffs. Jackson paused then smiled before responding, “Um…I don’t think I’ll be a Warrior next year. I’m looking to leave.”

Dime: You made a big declaration earlier today by saying you wanted out of Golden State. When did you decide this?
Stephen Jackson: It’s not about a decision I made. It’s just things are in the air right now. I really can’t get too much into it right now, but I’m just looking to go somewhere where I can go and win a championship.

Dime: Are the Warriors aware of this?
SJ: Yeah they all know.

Dime: Is there anywhere specifically you want to go?
SJ: Either Cleveland, anywhere in Texas or out here with Al in New York.

As if the Warriors didn’t have enough problems in the locker room with Don Nelson’s sometimes stubborn methods. Jackson is the on, and off court captain of the team. He wants out of Oakland for a chance to join a contending team. Not that the Warriors are strangers to conflict as there seems to be some kind of negative off season drama every year in the front office or with players. Last year it was both as Harrington and Ellis had their disagreements with management, and it was enough of a distraction to keep them out of the playoff hunt. The news today about SJax worries me. He seemed to be the guy that held the team together no matter what the circumstances were. He went to Robert Rowell last year and asked for his contract extension, which basically told me he wanted to spend the rest of his prime in Oakland. If he truly wasn’t happy, why wouldn’t he just wait until his contract was up and sign somewhere else? It’s not like he signed his extension when they were competitive. I have a feeling if the Warriors do get rid of him, they’ll get a draft pick that they’ll blow or a player that doesn’t help the team nearly as much as Jackson. I hope he stays, we need at least one veteran leader! Cmon SJax, don’t you want to see the beginning of the Randolph era!

I'm a dude that just hit 30 years old. Pretty much like everything that is funny, insightful, and has to do with the Warriors, A's, and Raiders. END_OF_DOCUMENT_TOKEN_TO_BE_REPLACED
This entry was posted on Saturday, August 29th, 2009 at 10:47 am and tagged with basketball, demand, leaving, NBA, protege, sneaker company, stephen jackson, trade, warriors and posted in Sports. You can follow any responses to this entry through the RSS 2.0 feed.
« The Return of Benny Lava
The NFL Really Cares… About Making Money! »

4 responses to “SJax on the Move?”