Some Contracts Really Are Killers 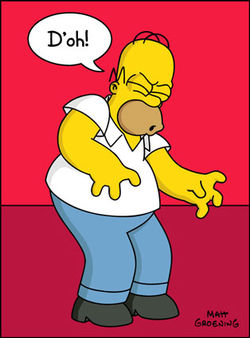 There are a lot of bad contracts for baseball players every year, but there are a few of them that must have had Ray Charles reading them over before they were inked in. In making this list, I decided to make a couple of parameters. The contract has to go through at least next season. The entire body of the contract has to be bad. For example, you really can’t argue against the $18 million Derek Jeter is due to make next year as being overpriced.

If you look at how great the first seven years of his contract were for the Yankees, I’m sure there would be no hesitation in a do-over situation. You could say that someone like Eric Chavez would qualify as he’s due to make $11 million next season, and he has only played 418 games over the last 5 years of his 6 year contract. But on the flip side I can understand why they picked him to build a team around him at the time. He was never on the DL and won six straight gold gloves averaging nearly 25 HR’s and 100 RBI per season. So really when they signed him, it wasn’t quite as ridiculous as it looks. Here are a few of the ugliest contract situations in the MLB right now.

It’s hard not to ignore the third Blue Jays since they have been under the Riccardi regime, they seem to like to cut contracts short. BJ Ryan, who is now out of baseball is owed $10 million next year. I guess they shouldn’t sign pitchers at the ripe age of 30 to five year deals coming off their first and really only good season of their career. They also dumped Frank Thomas last year and nobody wanted to pick up the tab on him either. They were scared of Alex Rios and his outrageous contract, but were lucky enough to get bailed out by the White Sox earlier this week. Come to think of it, just based on these three horrific contracts, how is JP still running things across the border!?! Must be some kind of Canadian loyalty or a forgive and forget kind of thing.

Vernon Wells is about as ridiculous as it gets! He’s owed $23 million in 2011 and $21 million in 2012. He isn’t a good defender, and isn’t exactly tearing the cover off the ball. He has a no trade clause as if anyone would want to take on that money. Wait, maybe the White Sox will!?!

Sorry Tony, but your Cubbies have a few monster contracts on the list. Soriano is tough to top as he’s due to turn 34 this off-season, and the Cubs owe him $18 million annually through 2014. He was a 40-40 guy when they signed him, but he was turning 31! It’s tough to justify giving him 8 years, and he may prove me wrong but since they signed him he’s been more of a 20-20 guy, and you can definately get that for cheaper. Milton Bradley is owed $9 million in 2010 and $12 million in 2011, for having half a good season in Texas before they signed him. Zambrano and Ramierez could be killers at the end of theirs, but we’ll see since they’re still doing well.

It’s impossible to avoid Barry Zito’s contract in San Francisco. He’s going to get about $19 million for the next four years, and it’s the most widely criticized contract among the baseball world.

If anything, you just hope the Giants learned their lesson after this one. They really didn’t though as they overpaid for Renteria this offseason, but not to the extent of Aaron Rowand’s deal that is in place. Rowand is going to make $12 million annually for the next three years. He did come off a great season, but since going to SF he hasn’t really showed that he was worth the money. I think he was on the over-rated side defensively to begin with. Yeah, he made some amazing catches, but overall he isn’t anything that special to warrant that much money.

My favorite team to hate, the Angels, and Gary Matthews ugly contract will always makes me smile as long as it exists. He’s got two years left for nearly $12 million a year. He hitting a solid .250 in his Angels career and is holding down the fourth outfielder spot.

Fuentes contract isn’t ridiculous, but personally I would have gone for something cheaper as he’s owed $10 million next year. At least his contract is a short one. Carlos Lee gets an honorable mention. He’s still a solid hitter, but how long can it last? He’s going to make $18.5 million annually for the next three years. He can’t run the bases or play in the outfield, so once he stops hitting it will look ridiculous. He looks to be on the road to being the next Travis Hafner, but at least the Indians only owe him $13 million annually over the next three years. As we wave goodbye to the steroid era (At least, I think) and the gross over spending on contracts for players on PED’s, I think lists like mine will shrink. If it doesn’t, we can blame it on GM’s like JP Riccardi!

I'm a dude that just hit 30 years old. Pretty much like everything that is funny, insightful, and has to do with the Warriors, A's, and Raiders. END_OF_DOCUMENT_TOKEN_TO_BE_REPLACED
This entry was posted on Thursday, August 13th, 2009 at 10:13 pm and tagged with 2009, 2010, Alfonso Soriano, Angels, bad contracts, barry zito, Baseball, BJ Ryan, Carlos Lee, Chicago Cubs, Derek Jeter, Gary Matthews Jr., JP Riccardi, MLB, san francisco giants, Toronto Blue Jays and posted in Sports. You can follow any responses to this entry through the RSS 2.0 feed.
« Irate Best Buy “Customers” Are Stupid
The Michael Vick Roundtable »

7 responses to “Some Contracts Really Are Killers”