Renewed Faith: In Beane We Trust 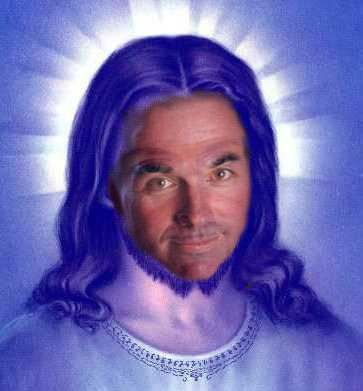 Although Matt already wrote about the Holliday trade today, I felt there was a need to analyze how ingenious this move was. As Matt wrote Oakland teams are never shy from making a trade to at least give us hope that we are trying to make things better. Beane has consistently been one of the masterminds behind the bay area movement to give their fans hope, and the deal today sounds like we have these new guys to once again give us that hope.

The 2009 Baseball America Prospect Handbook says, “Brett Wallace, think batting champ with the ability to be a big bopper. “ This is one of many interesting players that the A’s have acquired as the rebuilding is starting to take some shape.

The A’s have historically been a mover around the trade deadline. In the past two years Beane has been very active as he traded ace Dan Haren for Brett Anderson, Greg Smith, Carlos Gonzalez, Dana Eveland, Chris Carter, and Aaron Cunningham. He then traded Huston Street, Greg Smith, and Carlos Gonzalez, for Matt Holliday. Today he traded Holliday and cash for Brett Wallace, Clayton Mortensen, and Shane Peterson. Since most haven’t heard of a lot of these guys you may not understand why it’s so significant to the A’s organization. These moves have laid a solid foundation for a much more competitive team in the near future. Fans seemed to think that it was going to take a few years to rebuild, but I’m confident that we could have the next Tampa Rays on our hands within a year or two!

So far it appears that the A’s have kept the best piece in terms of major league play so far from the Haren trade, with Brett Anderson. He has been dominant over his last four starts as he seems to be figuring out the way to pitch at the major league level tossing 26 1/3 IP, 2-0, 25 K, 0.34 ERA, and a 0.69 WHIP over the last month.

Tonight he is facing the Yankees with a 21 inning scoreless streak going into the game. The guy I was excited about for awhile, Carlos Gonzalez, was traded away in the Holliday trade, and he hasn’t impressed so far hitting only .229 in 97 at bats for Colorado this season. Street is having a pretty good year for Colorado, but even when he was on the A’s last year he wasn’t even the closer as Brad Ziegler took the spot from him. Beane has never seemed to highly value the closer’s role, so losing Street and C-Gon, hasn’t hurt them.

The Holliday trade today was amazing in the sense that I don’t think they could have got any more than they did for him from any other team. Were the Cardinals that desperate to help Albert to not notice the A’s situation? They dealt away three of their top prospects that appear to be major league ready when it seemed like a week ago the A’s had no interesting offers for Holliday. The Tigers made an attempt, but it wasn’t enough for Beane. The Cardinals knew all the A’s would get was two draft picks if he left, and Holliday is very likely to accept an arbitration offer in this struggling economy. This was a match made in heaven for Beane. He escaped the trap of log jamming millions for an underachieving star next season, and now he has three promising young players to show for it. I don’t know how he does it! I wouldn’t trade Beane for any GM in the league.