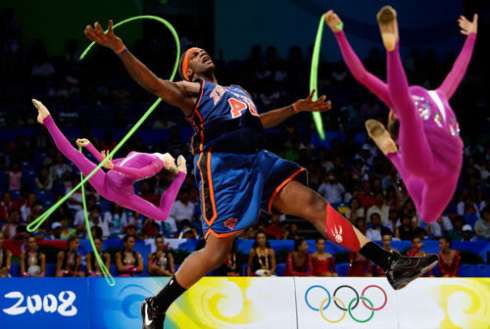 Eddy Curry and Anthony Randolph made ripples around the league as they were traded from the Knicks in part of a deal that sent the expiring contract of Carmelo Anthony to them. I’ll get back to those two amazing additions in a bit, but first a little background on this T-Wolves amazing roster being built.

Minnesota has been working hard for the past couple years to have as many possible top picks turned head cases than any franchise in the league. They started their last offseason by trading for Michael Beasley who proved to be immature. Surprisingly he’s turned into a good player in Minnesota, but with him, you have to wonder how much longer he can hold out from smoking weed, especially with him having some extra time off due to injury. You know he’s ready for a relapse and wants to be lost floating around the court aimlessly again. 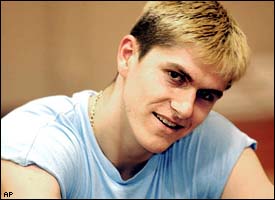 Way to sexy for that shirt Darko.

Their second move of the off-season was signing Darko. Yup, the guy that has had his confidence shattered simply for being drafted over Melo and Wade. Wasn’t his fault the Pistons fell in love with him, but he never could deal with the pressure that came with being that pick. He might be a blocking machine this year, but I saw a stat in someone’s power rankings that said when he shoots 10 shots in a game their already pathetic winning percentage goes from 27% to 17%, yikes.

Sebastian Telfair was added to their roster via free agency as well over the summer. He’s one of the amazing character guys from the JailBlazers teams, and a fitting character guy rounding out three head cases that were added to the team this year. Bassy has been as unimpressive as he has been throughout his career. Are these guys on the verge of figure it out in the insane asylum in Minnesota (Can we make that their new arena name)? Based on the T-Wolves record and how casual fans can only name Kevin Love on that team, I’d say no. 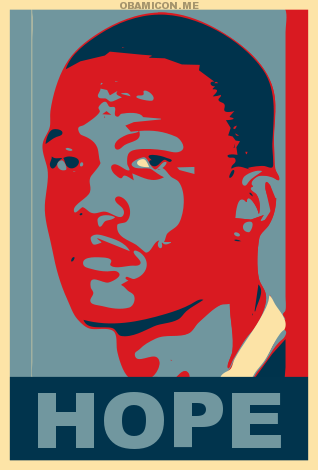 Eddie Curry might have been the biggest trade chip in the deal that went down last night, so I won’t talk about him or his expiring contract. Anthony Randolph however was one of those players I always wanted to see flourish, especially in his Warriors days. To say he was a head case would be the understatement of the year if it was Nellie talking. He’s like that super hot girl that still can’t figure out how to get what she wants from guys. He has all the ability in the world, but couldn’t sniff the court on either of his first two teams. It doesn’t look like he will in Minnesota either being behind Eddie Curry’s expiring contract (I think I’ve heard more about his expiring contract over the years than when he was actually playing), Love, Tolliver, Beasley, and Milicic. Maybe Kahn is looking to move Love out of town so this cast of headcases can thrive. Nothing would shock me about this franchise at this point. Free Love Kahn! While your at it you should trade Rubio away to a team that he’ll actually come here to play for.

Rough to be a fan of Minnesota teams right now. At least they have the Twins though.