Is The Patriots Dynasty Dead? 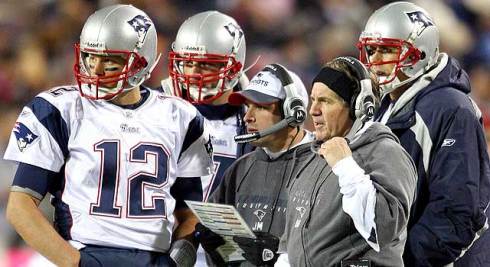 Despite continued regular season success, the New England Patriots have now lost their last three postseason games. Yesterday’s loss to the Jets has prompted me to officially declare the Patriots’ dynasty dead. Players had come and gone, but the team remained pretty successful. With the exception of Tom Brady, everyone else has been pretty dispensable. They’ve won regardless of who was in what position. Corey Dillon, Kevin Faulk, Laurence Maroney, BenJarvus Green-Ellis, it really didn’t matter. Yesterday, though, when the starting lineups were announced, I was literally thinking, who are some of these guys? It’s almost as if Bill Belichik got bored with a level playing field and wanted to make it more difficult. It’s like when you win the Super Bowl on Madden so you start the next season on All-Madden difficulty instead. I’ll even go so far as to say he deliberately picked up Danny Woodhead just to show the Jets that he could make him a great player, while they weren’t even using him. Sure, he looked pretty good all year, but it didn’t help them win in the postseason. I expect a major retooling offseason for the Patriots.

I’m not so sure that upgrading the roster is going to help at this point though. The Pats have lost their swagger. Like Jets’ linebacker Bart Scott said, the media fell for the Patriots’ act, believing that they were just confident, but not cocky. Anyone who doesn’t have a mancrush on Belichik or Brady can see right through that. Rex Ryan outcoached Belichik though, and Brady through a key pick early on that pretty much changed the tone of the game. So maybe they’ll reload their roster for next year. I’m almost positive they’ll need to add a legit receiver or two. Deion Branch is not the answer, no matter how much he cries about classless Jets players. Sure, the “act like you’ve been there before” line comes into play, but the Jets haven’t been there. Patriots players have been telling them how much better they are for years now (and allegedly Branch was saying as much during the game yesterday), so when they finally got over the hump, of course they went batshit crazy. Fingers to the New England fans? I’m all for it. Yesterday will most likely go down in history as the day the Patriots dynasty died. I’ve long said that in order to be the best, you have to know you’re the best. I just don’t think they know they’re the best anymore.