Is Blake Griffin the Next Greg Oden? 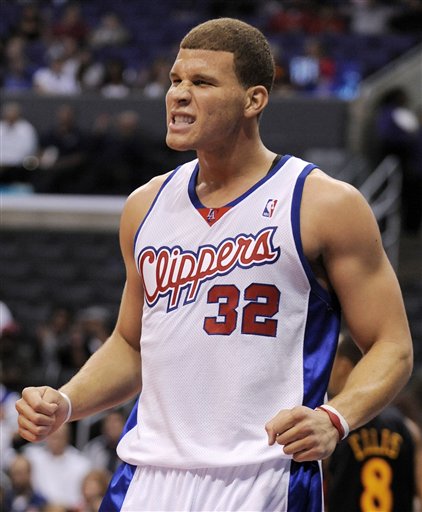 The news breaking that Blake Griffin will miss the remainder of the season came out of LA today. He will instead opt for surgery to enable him to play next year. I don’t blame the guy, the Clips aren’t going anywhere this year, and they’ve made it where they are without him. Like Baron said today, “It’s tough, but we have to keep playing.” This news made me think about a few things;

One, was he cursed like we all thought he was when the Clippers drafted him? I’d say being drafted by the Clippers is a curse in general, but being selected #1 overall by them is scarier than running into Gary Busey on the street. They always under achieve and under utilize their talent, so maybe it’s better he doesn’t learn a useless system. I already felt bad for Eric Gordon being stuck under Dunleavy’s rule, but at least he’s out on the court playing. They’ve had two #1 overall selections in their franchise’s history (88′ Danny Manning 98′ Olowokandi), and we know how that turned out. Griffin was just doomed from the start.

The second thing I thought was; thank god the Warriors or the Kings didn’t have that pick. I’m sure at the moment both teams are happy with what they got in the draft, and NOT getting the #1 overall could be a blessing in disguise.

The third thing I thought was; Is he the next Greg Oden? He very well could be. I’m not a doctor, but I never view surgery as a good thing. Although he never looked awkwardly old like Oden does, he shares some similarities. They were both #1 overall picks. They are now both going to be missing their first full season. I guess we’ll know for sure if he gets hurt next season after showing a little promise to start the year. I hope he’s not, and I hope Oden can come back strong, but my instincts tell me otherwise! I’ll leave it to you to decide.