Oh the holiday’s brought up a few sports topics especially the Raiders since they played, but a lot of my hometown friends seemed to be talking about the A’s once again being in rebuild mode after the division rival Angels and Rangers made an array of championship caliber moves. I can’t completely blame the A’s for thinking about rebuilding after they saw what their divisional opponents did, but at the same time it feels like they aren’t even going to try AT ALL for a few years. They kinda half-assed the rebuild the first time around when they sort of rebuilt by trading pitchers, but then traded away a kings ransom (Cargo) for a crappy Matt Holiday. This time it’s really full on rebuild mode, and they are trading away any and all assets they have which should include Andrew Bailey in the near future (he was the only piece I honestly didn’t mind seeing go). They’ll probably ship off Brett Anderson as well when he comes back from his Tommy John surgery next season. The most perplexing part of these trades to us fans is that they had control over these pitchers for a long time before they even hit their arbitration years. Not signing Willingham or Matsui also put the writing on the wall that this team isn’t going to compete for awhile because they have zero offense outside Jemile Weeks now. Hell they aren’t even keeping around the beloved backup catcher who doesn’t even cost much to keep. 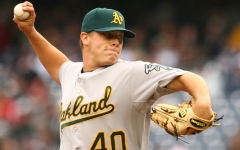 Sure they got some nice prospects back for Cahill and Gio, but the growing sentiment with my A’s friends is that this team has completely given up, and they won’t be following anything they do next year or possibly ever. I can’t blame them at all. It’s going to be painful watching this team, even more so than last seasons error filled crap fest. I’ve heard numerous times that it might be better to just root for a new team, like say, the Giants. This statement pretty much crushed me every time I heard someone say it over the past couple months, especially when my Uncle said it who is one of the main reasons I’m an A’s fan at all. Some of the most loyal A’s fans over the years jumping ship to a team that I didn’t necessarily hate, but am starting to hate them more and more. Honestly, the best part about the Cahill trade is that he’s going to the Giants rival the Diamondbacks. I can see him getting numerous 4-6-3 double plays against their weak hitting lineup, but even that will only bring me minimal enjoyment. 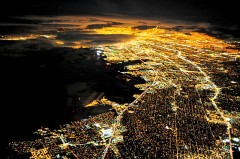 Anyways, the A’s are in a real life version of Major League the movie as the owner is desperate to move, and seems to be fielding the least competitive team possible. There also seems to be a growing dissent for the A’s moving to San Jose among fans, and I’ll be the first to say I’d love to see them stay in Oakland by Jack London Square, but at the moment that isn’t a realistic option if we want them to be competitive again (aka get corporate sponsors to push them into the $80-$100M range in salary). Can they draw people at the coliseum if they are good? Sure, but they’ll never have a large payroll that exceeds $70M, and teams have caught up to them on all the sabermetrics stuff that helped keep Billy ahead of the competition during the early 2000’s. On an even playing field, there’s noway to compete with such little salary to work with.

It feels like the odds are against them whether it’s moving to San Jose and being blocked by the Giants. And seriously, how many fans would the Giants really lose?!? They are in SF, a HUGE city, and can take all the fairweather east bay A’s fans if they haven’t jumped teams already. Whether it’s Oakland coming up with a viable option to build a new park for this team or San Jose. It doesn’t matter what’s being proposed or done for them, it almost feels like they’re inevitably going to have to move out of the Bay Area just like the Kings will probably have to move from Sacramento. I’m not sure what my A’s friends think of them moving out of California, but as lame as they think people in San Jose are, I’d much rather have the A’s there instead of some other state. Recently it sounds like the Giants aren’t going to give up their gold mine of sponsorships (SJ) without a fight, and Selig is too stupid to make a ruling on anything, so they probably won’t know what they can or can’t do until he’s retired or dead. Once again the A’s will go into another season with no direction for the future, and most likely losing more fans in the process. They need new facilities. They need more sponsors. They need a fresh start, and now I’m just hoping it’s going to be in the greater bay area or in California. No plans have been discussed outside the bay area, but I’m sure those talks will start soon if something doesn’t give. Mark my words!

I'm a dude that just hit 30 years old. Pretty much like everything that is funny, insightful, and has to do with the Warriors, A's, and Raiders. END_OF_DOCUMENT_TOKEN_TO_BE_REPLACED
This entry was posted on Wednesday, December 28th, 2011 at 12:42 pm and tagged with bay area, giving up, moving, Oakland A's, Oakland Athletics, re-building, relocation, San Jose, stadium situation, sucks to be an A's fan, trades and posted in Sports. You can follow any responses to this entry through the RSS 2.0 feed.
« Best Fails of 2011
Kobe’s Divorce Meltdown »

9 responses to “The A’s Re-Rebuild”